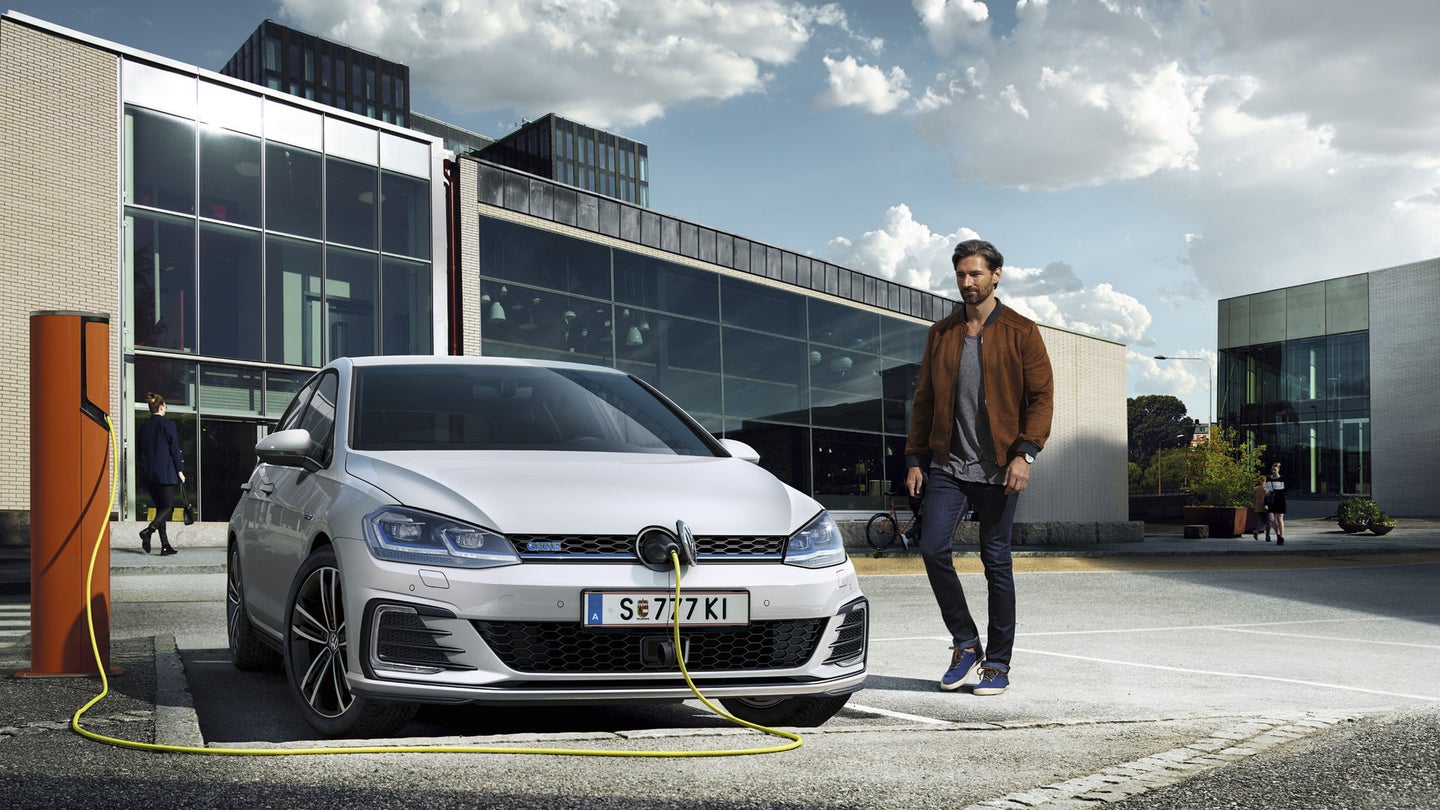 Volkswagen's vision of a full electric lineup by 2030 is starting to come to fruition, but the enthusiast community still needs some convincing. VW knows that turning its all-star hot hatch, the Golf GTI, into a zero-emissions electric car won't sit well with fans, but it has a compromise.

Anonymous sources at Vdub told Autocar that the brand is starting to focus on building plug-in hybrid versions of nearly every performance hatchback offered by Volkswagen Auto Group (VAG). This means that not only will the 8th generation GTI go the plug-in route, but the corresponding hot hatches from SEAT's Cupra and Skoda's vRS divisions will offer hybrid versions as well.

The sources say that Volkswagen's marketing and development departments are well aware of the flagship hot hatch's success, and moving towards full electrification without pleasing the performance demographic would be a huge mistake.

This is questionable news for American customers, as the two VAG marques who will pioneer this new strategy don't offer their models in the United States. The European market already gets the Golf GTE, a 1.4-liter Golf with a plug-in hybrid powertrain that has comparable performance to a 6th generation GTI.  Volkswagen has shown no interest in bringing that or the GTD (diesel) to America, although the latter's ship has definitely sailed.

However, there is hope for us Westerners: the Volkswagen E-Golf is doing well in the States, and some companies are starting to offer performance variants of their EVs.  Maybe we're just being paranoid about Volkswagen's market interests, because plug-in hot hatches are going to usher in a new age of practical sports cars, now with the benefits of hybrid performance technology.

Volkswagen, Skoda and SEAT’s brand identities will now be easier to distinguish.

VW Says an Electric GTI Could Be Coming

Hey, there’s no reason Tesla drivers should be the only ones having fun driving their EVs.