This Conversion Van and Matching Trailer Are Maximum 1970s

This Craigslist find is a groovy blast from the past, man. 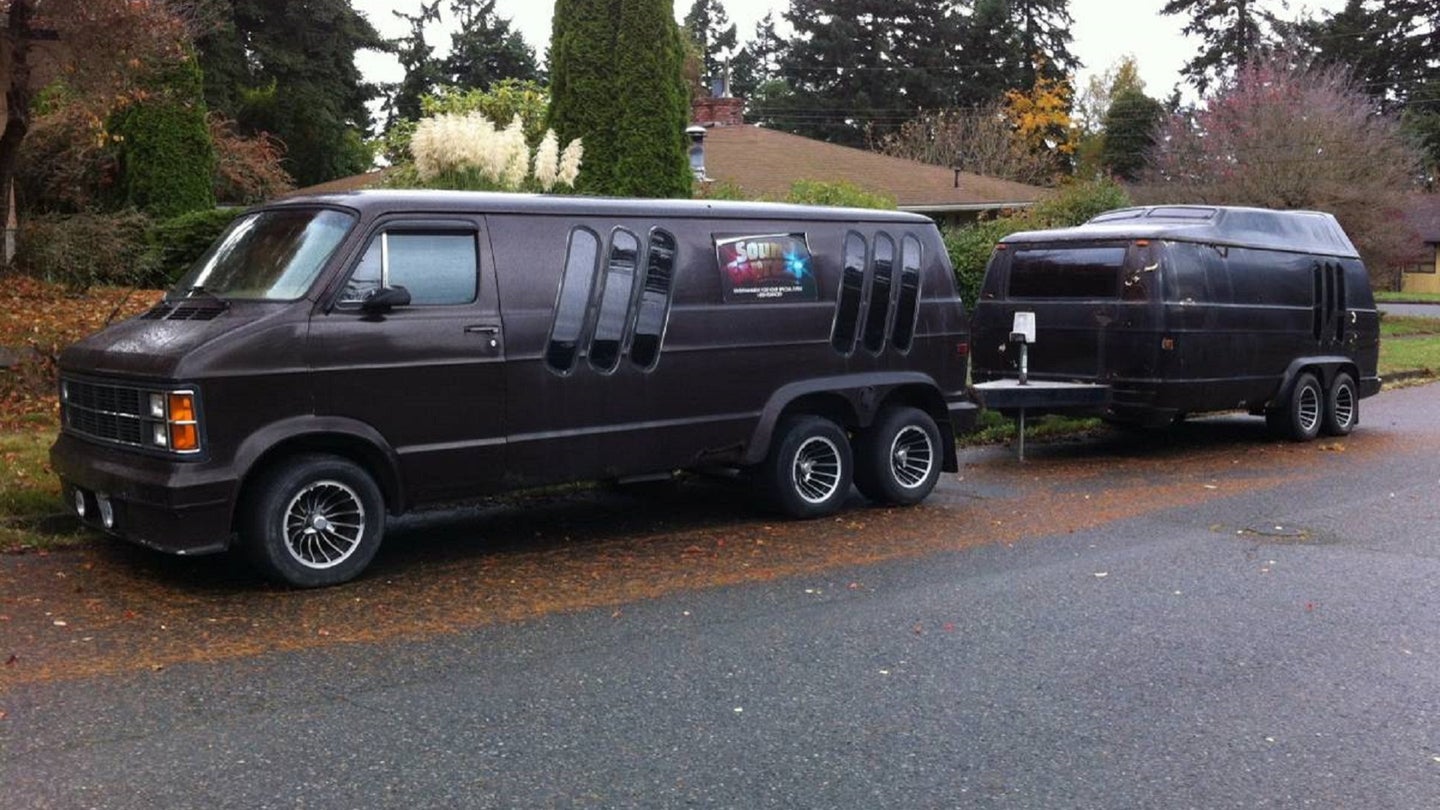 Long ago, back before crossovers and car-based SUVs were a thing, dinosaurs roamed the earth in the form of custom conversion vans. No, not the minivans your parents either loved or hated. I'm talking giant behemoths of velour, shag carpeting, and power bench seats that turn into beds constructed out of ordinary work vans. And this one, for sale in Seattle on Craigslist, looks to be the granddaddy of them all.

Not only is the 1979 Dodge B20 Tradesman van stretched with an extra pair of wheels (load bearing only, not driven), this package includes a matching trailer that is as big as the van itself. Both are painted a glorious 1970s shade of baby poop brown, which apparently was a thing back then.

"This van was built in California back in the 80's and was used as a portable DJ business," reads the ad. "After a few years of neglect, it served a short stint as a motovan until it was stored for future work. It was pulled into the garage and has been there for the last 5 years."

Indeed, the rust holes visible in some of the pictures appear to have been patched. As the seller says, the project is not yet complete, but it includes the remaining sheet metal needed to finish the rust repair. You just have to cut and weld it on yourself. Under the shag lies a 360-cubic-inch V8 engine with an A-727 three-speed automatic transmission. It is also equipped with airbags to help balance the load when towing the matching trailer.

The interior is shagadelic to the max, man. Though worn, the captain's chairs look super cushy. The vast swaths of brown shag carpeting would never be seen in any modern vehicle. The controls and instrument panel are quite minimalist as well, including a foot-operated high-beam switch.

The trailer does not appear to be in as good condition, but is said to be dry inside, and has at least as much room as the van, if not more. With a little work, this could be restored into comfortable sleeping quarters. Put the kids in here and keep the van to yourself.

"This bad boy deserves to be brought back to its full glam metal, head-banging glory," reads the ad. We wholeheartedly agree. No asking price is listed—the seller will take the best reasonable offer. Somebody buy this, please.