There are a couple caveats, though. 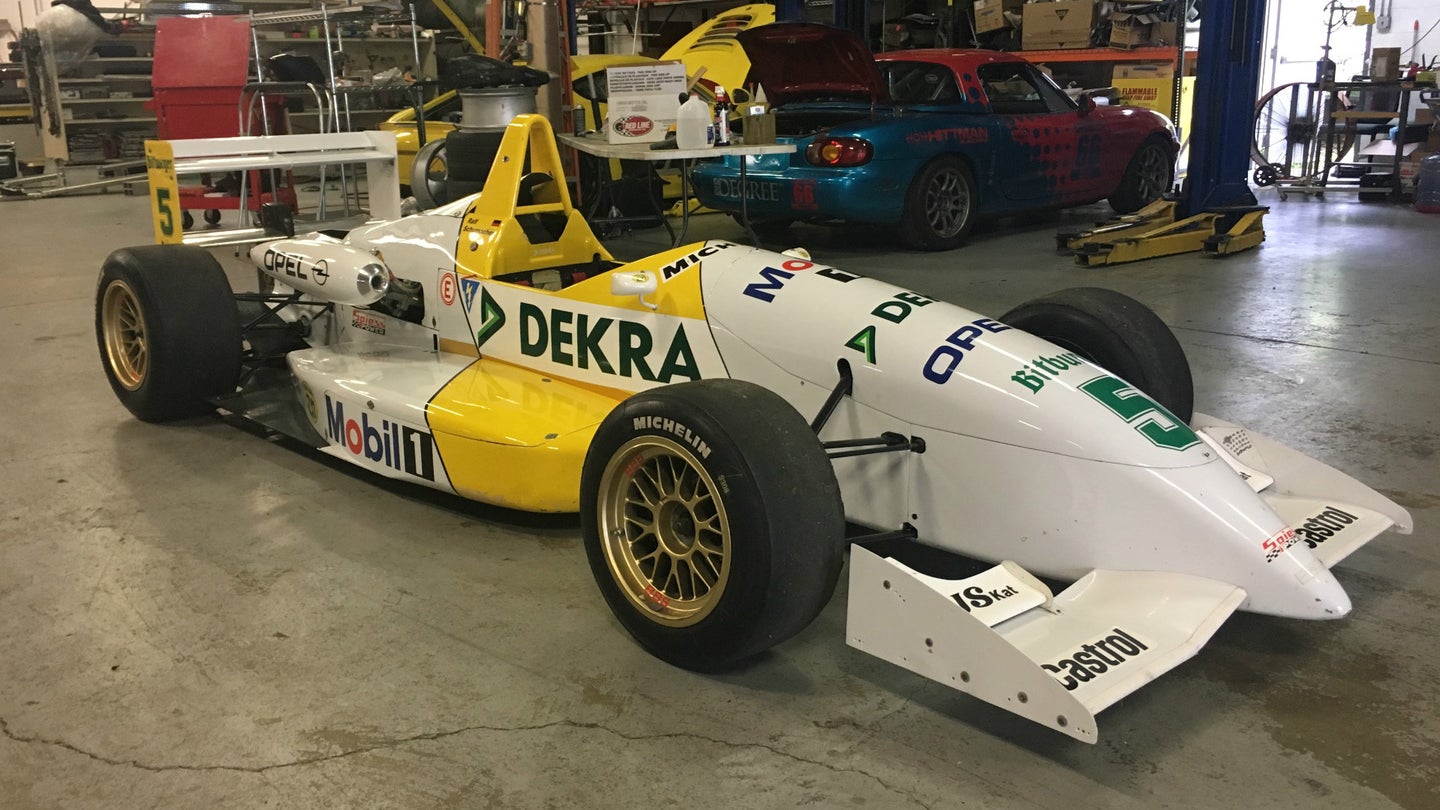 Schumacher is a legendary name in the motorsport world, typically associated with Michael, the seven-time Formula 1 world champion, and holder of many records considered almost unbeatable. This car, however, is not a part of the comatose legend's story: it was driven by his oft-forgotten younger brother Ralf. Don't let that get you down; Ralf was no slouch at all, taking six Grand Prix wins with Williams over his eleven seasons in Formula 1. While Ralf was never quite the tour de force of his older brother, the skills of a Grand Prix winner never deserve to be understated, and their history unchronicled.

Listed for auction on Bring A Trailer, Ralf's car is a Dallara F395, dating from the 1995 season of German Formula 3. During that season, two pole positions, and three race wins over the season's fifteen events. He eventually finished second in the points standings, allowing him a promotion to Formula Nippon for the 1996 season, which he won outright as a rookie.

The car itself sports a period-correct livery, having come from a private collector's museum, where it lived until 2014, when it was sold to its current owner. Between seeing museum display for almost two decades, and the seller's claim that the vehicle has not been tracked, the vehicle's un-bled brakes and powertrain could need serious attention before the car is driven, in spite of refreshed electronics, and new tires included in the sale, though they are not mounted.

To sweeten the deal for prospective bidders, it is promised to include a 1:43 model of the car. You know, just in case that sways you. Couldn't drive the real thing and not come home to a reminder of how you spent your day, after all.

The auction ends Monday, October 30, and buyers will have to best the current high bid of $15,000.