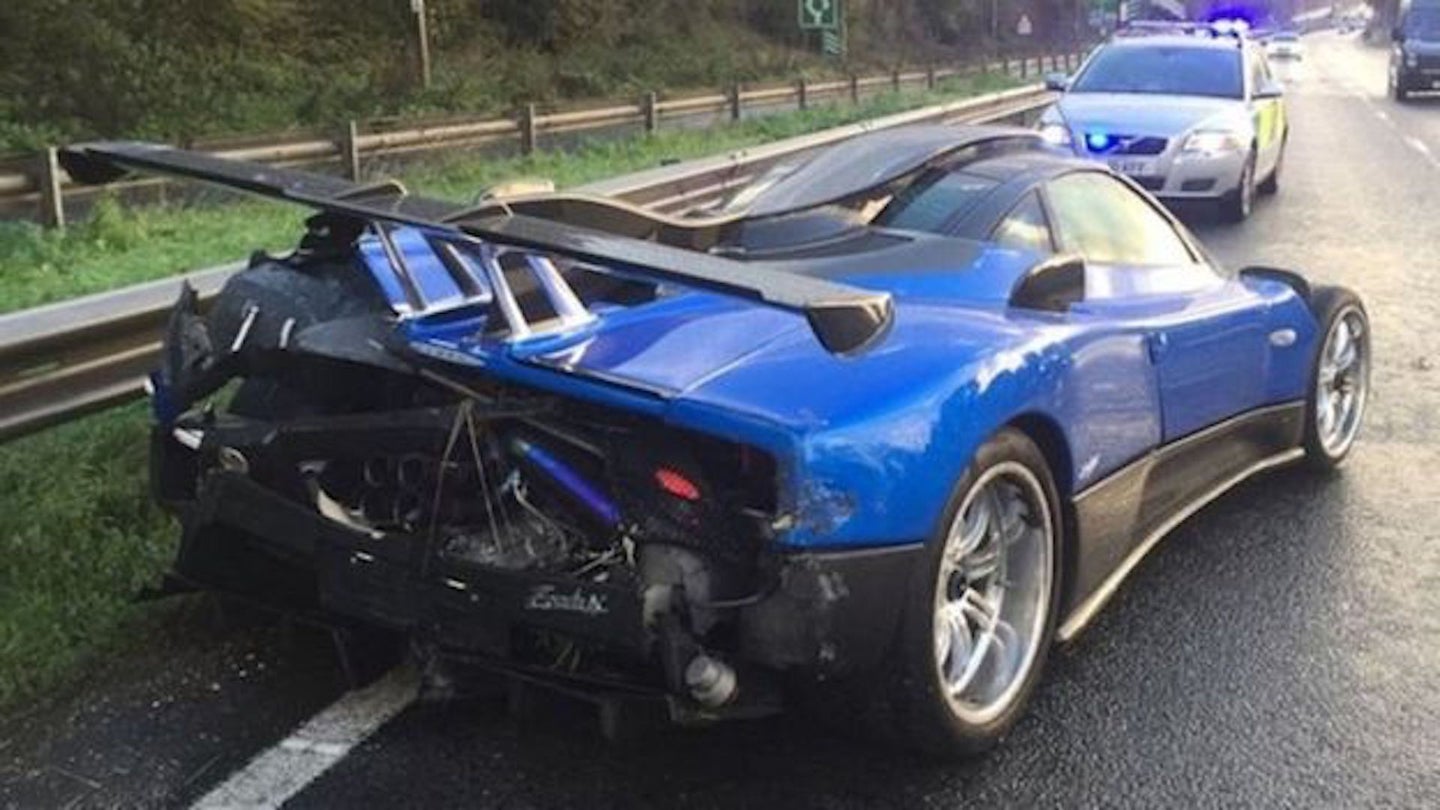 An incredibly rare Pagani Zonda crashed on the A27 in Tangmere, England near West Sussex this weekend, according to the BBC.

Sussex police reported that the car was cruising with a group of other performance cars on Saturday morning when it lost control and collided with a guardrail, causing significant damage to the front and rear of the Zonda. The entire front bumper was completely ripped off and the area around the back left wheel has been dented, causing damage to the Pagani's rear wing. Thankfully, the driver was not injured.

CarBuzz collected more information about this particular Zonda, revealing that it's Peter Saywell's one-off Zonda PS. It's unknown if Saywell was driving the vehicle at the time of the crash, but the car was on its way to a track day hosted by the collector when it hit a guardrail.

Unlike other Zonda 760s, the PS started with its quad exhaust tips in a row instead of Pagani's signature "exhaust square" featured on the regular Zonda and the Huayra. Many will argue that this is the car that started the 760 series of bespoke Zondas, which brought the 7.3-liter AMG engine's power output up to 760 PS (750 horsepower).

Saywell's car was originally commissioned in white with yellow accents but went back to Pagani in 2013 for a major overhaul. It was repainted in bright blue and had its exhaust system swapped for the traditional square layout. It also borrowed aero bits like the roof scoop and spoiler from newer 760 cars like the 760LH and 760RS, but received carbon-fiber fenders to make it unique.

This is going to be one expensive repair bill for Mr. Saywell, but the mighty Zonda PS will live to see another track day.