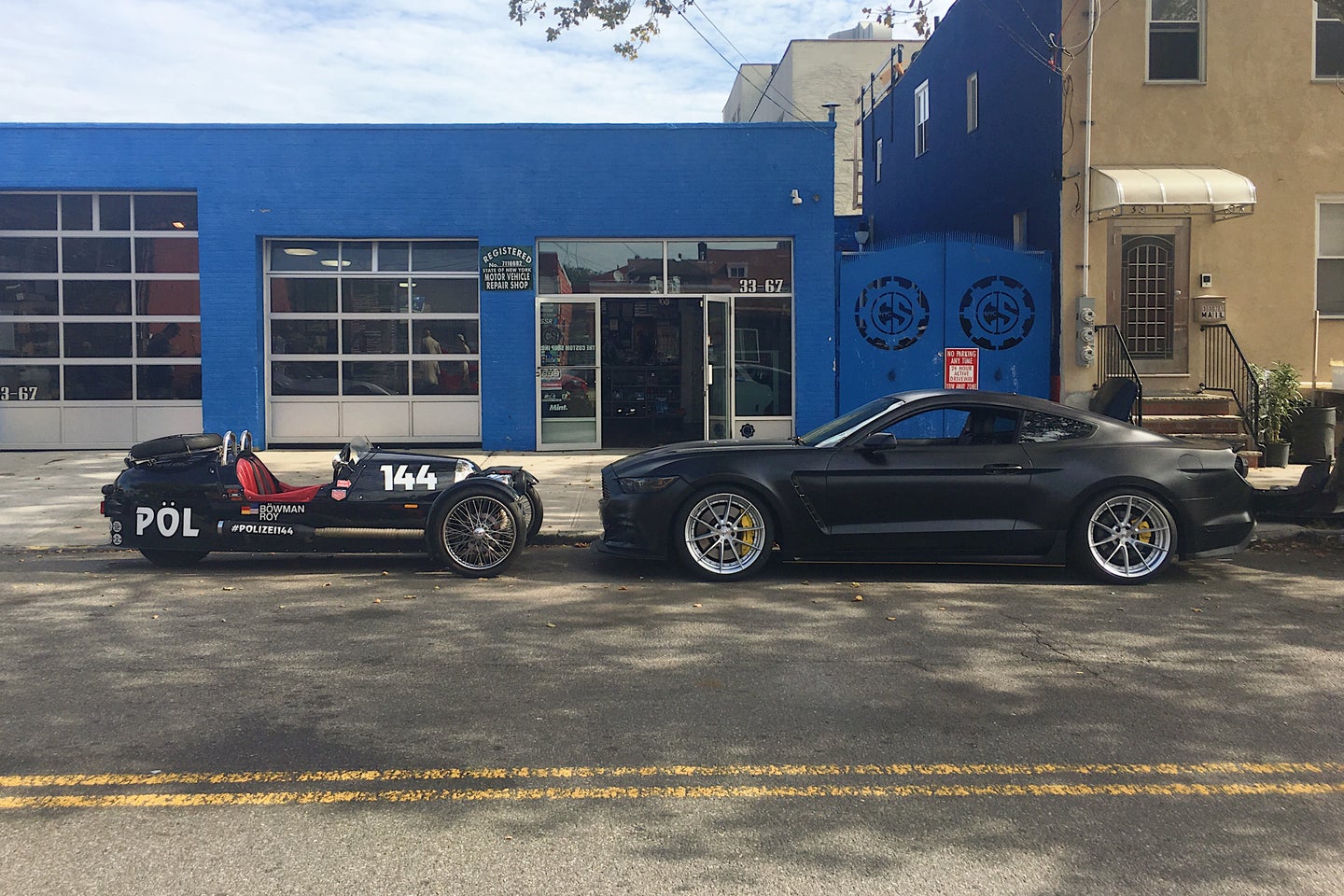 It's been a long time since the British went to war with the USA, and we all know how that went. The Brits bigged in, but they smalled out. You knew there was no way they were going to try again without a change of plan. That change? Asymmetric warfare, baby, in the form of the world's best/worst car: my Morgan 3-wheeler.

A pile of wood, steel and little bit of alu-meeen-ium with a 2-liter S&S tied to the front, my Morgan punches far above its weight. So far it's defeated everything that's been thrown at it in comparo after comparo. How? Because everything else is junk when it comes to driving pleasure. That Porsche 911 from last week? Defeated.

This week on Morgan Versus, it's a fight to the death.

So what happens when Britain sends its best to face off with American's 3rd best sports car? You'd think it would be a close battle, but you're wrong. For those who think I'm biased in favor of a foreign-made casket on wheels, I decided to bring along some impartial judges: three kids whose names I forgot while writing this, but who know more about cars and car culture than anyone working in Detroit, Japan or Germany. Jesse, the most talkative one, works at The Custom Shop in Long Island City, were his boss Brett was insane enough to lend me a highly tuned Mustang GT for this comparo.

Did the owner even know his car would be used in such a merciless fight to the death for automotive supremacy? I hope not. If he didn't, something tells me he won't be going back to The Custom Shop anytime soon.

For the record, I love The Custom Shop. I get my Polizei M5 work done there. But just because their work is good, that doesn't mean that fulfilling a Mustang owner's dreams will result in a good car.

Wanna see what happens when that dream meets my dream?