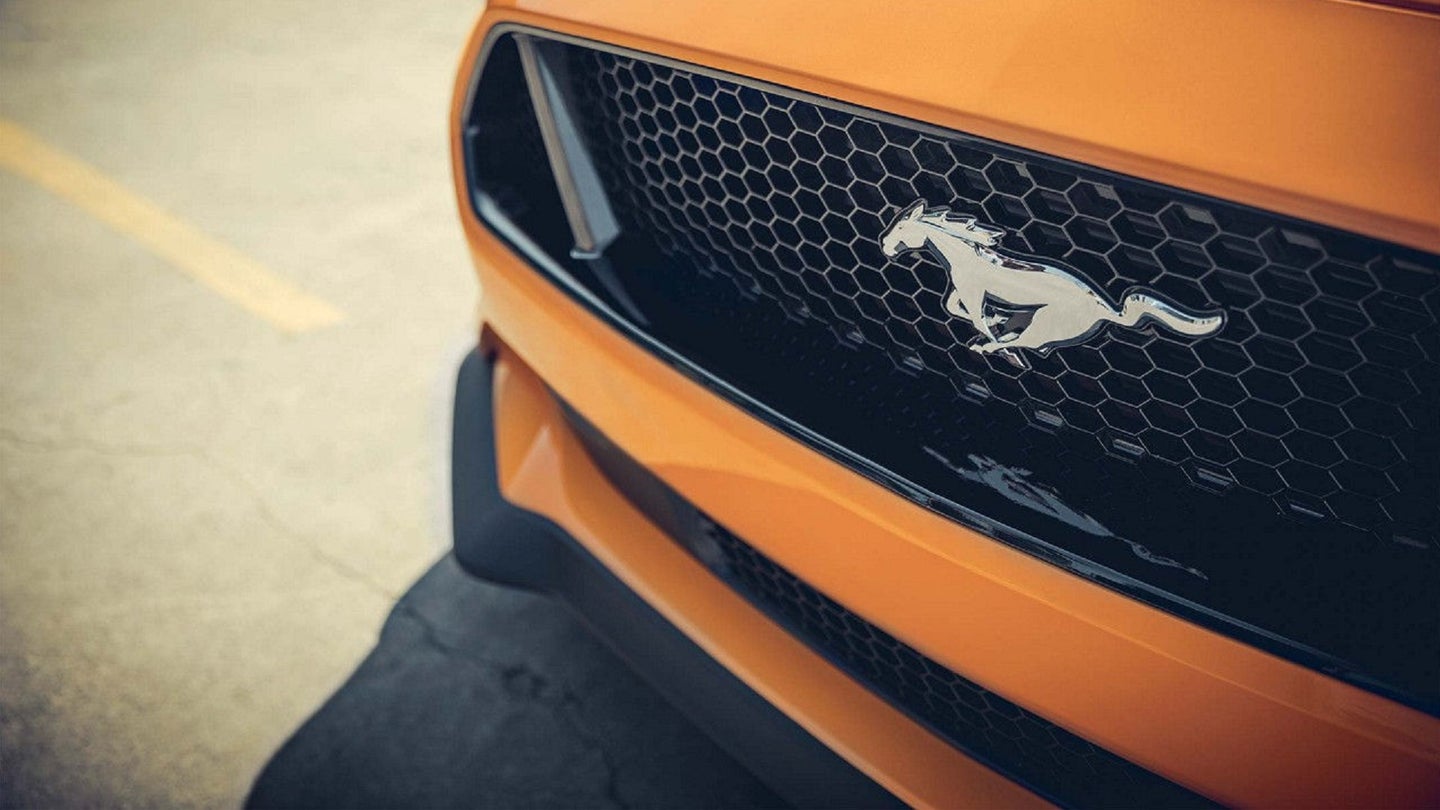 The U.S. Army calls it "100 miles an hour tape." NASCAR calls it "200 miles an hour tape." Duct tape is like the Force in Star Wars—it has a light side, a dark side, and it binds the galaxy together. There seems to be no end of uses for duct tape. Recently, Ford revealed how a single piece of duct tape played an important role in improving the new Mustang's road-holding capability.

While testing the revised Mustang on the track, vehicle dynamics engineer Mike Del Zio wasn't satisfied with how the car was gripping around corners. Despite wind tunnel tests providing evidence to the contrary, the Mustang wasn't as responsive as it should have been in the turns.

Aerodynamics engineer Jonathan Gesek pulled a trick out of the NASCAR playbook and stuck a piece of duct tape over the lower gap in the front grille. NASCAR often uses duct tape on the front of cars to strike a delicate balance between optimum aerodynamics and allowing just enough air to enter the radiator to keep the engine from overheating. Here, Gesek hoped that the blocked grille would reduce lift and help the front of the car stick to the road better.

It worked perfectly. “That little strip of tape made all the difference,” Del Zio said. “The key to the subjective is confidence. At the end of a straightaway, what confidence do you have in being able to brake and make a turn? Things start to come up fast at 155 miles an hour.”

It just goes to show that in the age of computer-aided design and wind tunnels, there's no substitute for testing in the real world. And sometimes, a low-tech solution such as duct tape is the best one.