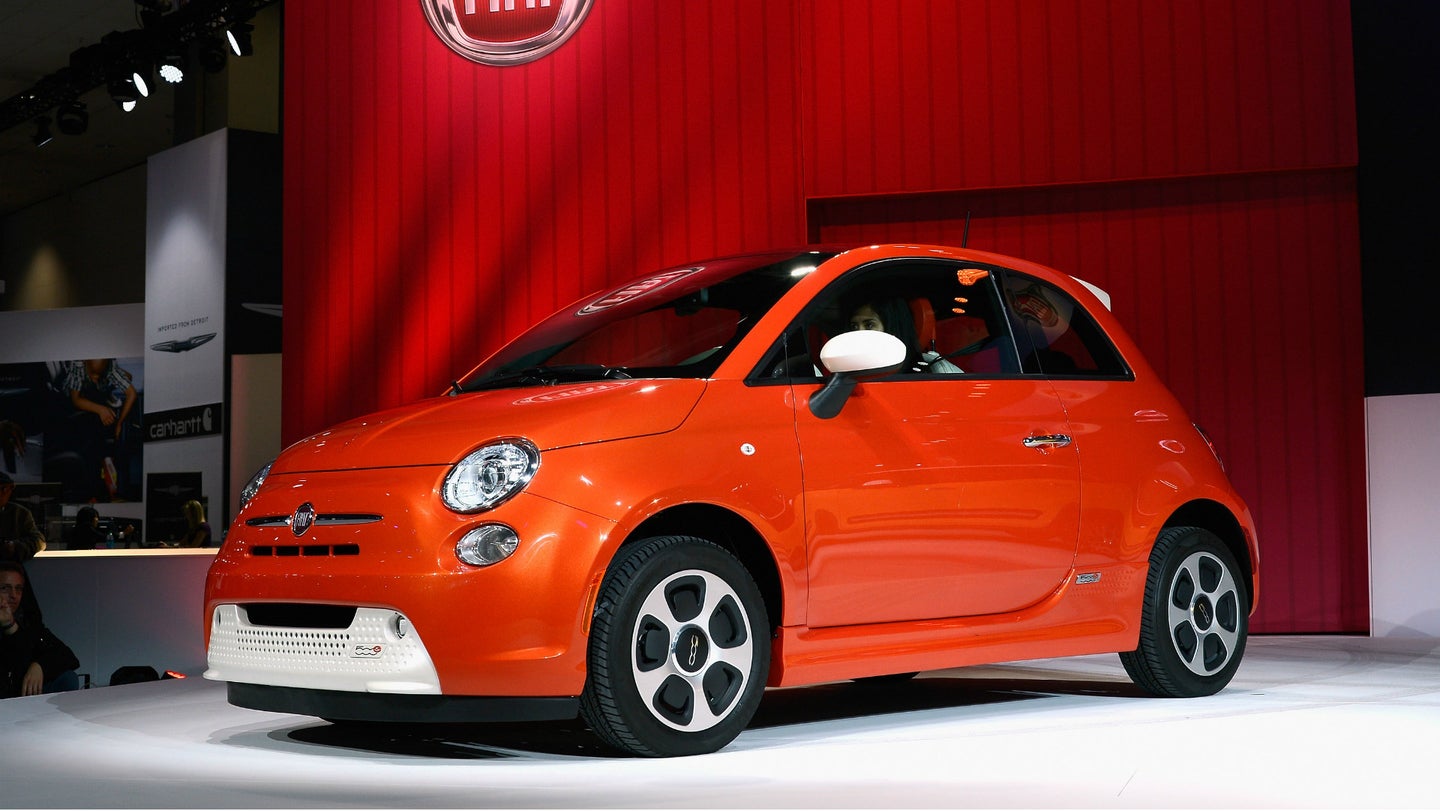 Fiat Chrysler Automotive is losing as much as $20,000 per car on sales of the Fiat 500e, the company's fully electric supermini, Fiat-Chrysler CEO Sergio Marchionne admitted in a talk at a university in Italy on Monday,  according to a report by Bloomberg.

In spite of the losses, Marchionne says FCA must push onward with the costly investment in developing its electric vehicle fleet in response to the global market's path toward an electrified future.

Governments around the globe, including Great Britain, France, Germany, California, and China, are looking to ban the sales of internal combustion vehicles within the next few decades, with the goal of curbing greenhouse gas emissions.

“Because of the time frame chosen in Europe...we have to electrify," said Marchionne to Bloomberg. "The biggest fear that I see is that we will be left behind.”

FCA is not the only car make to endure teething problems with new models. Even industry-leading Tesla is having a hard time with production of its new Model 3 sedan. Actual third-quarter production numbers fell far short of Tesla's initial goal of 1,500 Model 3s produced from July to October, with  260 vehicles completed in this three-month window. With that in mind, Tesla did beat previous bests for Model S and Model X deliveries in the same time frame, so the marque is still on track for 100,000 cars delivered in 2017.

Other global automakers are playing catch-up too, and while General Motors has a small lead on FCA, its losses on the Chevrolet Bolt are extreme too, with The Detroit News reporting that each Bolt adds a $9,000 speed bump to GM's road to electrification. It appears to be of little concern to GM, however, as it intends to launch 20 new electric vehicles by 2023.

We know that drivers want in on the EV market. New York's EV sales spike proves that. But for much of the rest of the automotive industry, both customers and manufacturers, EVs are just too expensive. The investment in the technology may be worthwhile for automakers, and the independence from gasoline is appealing to buyers, but EV prices (and by extension, battery costs) have to come down for the world to ditch fossil fuels.