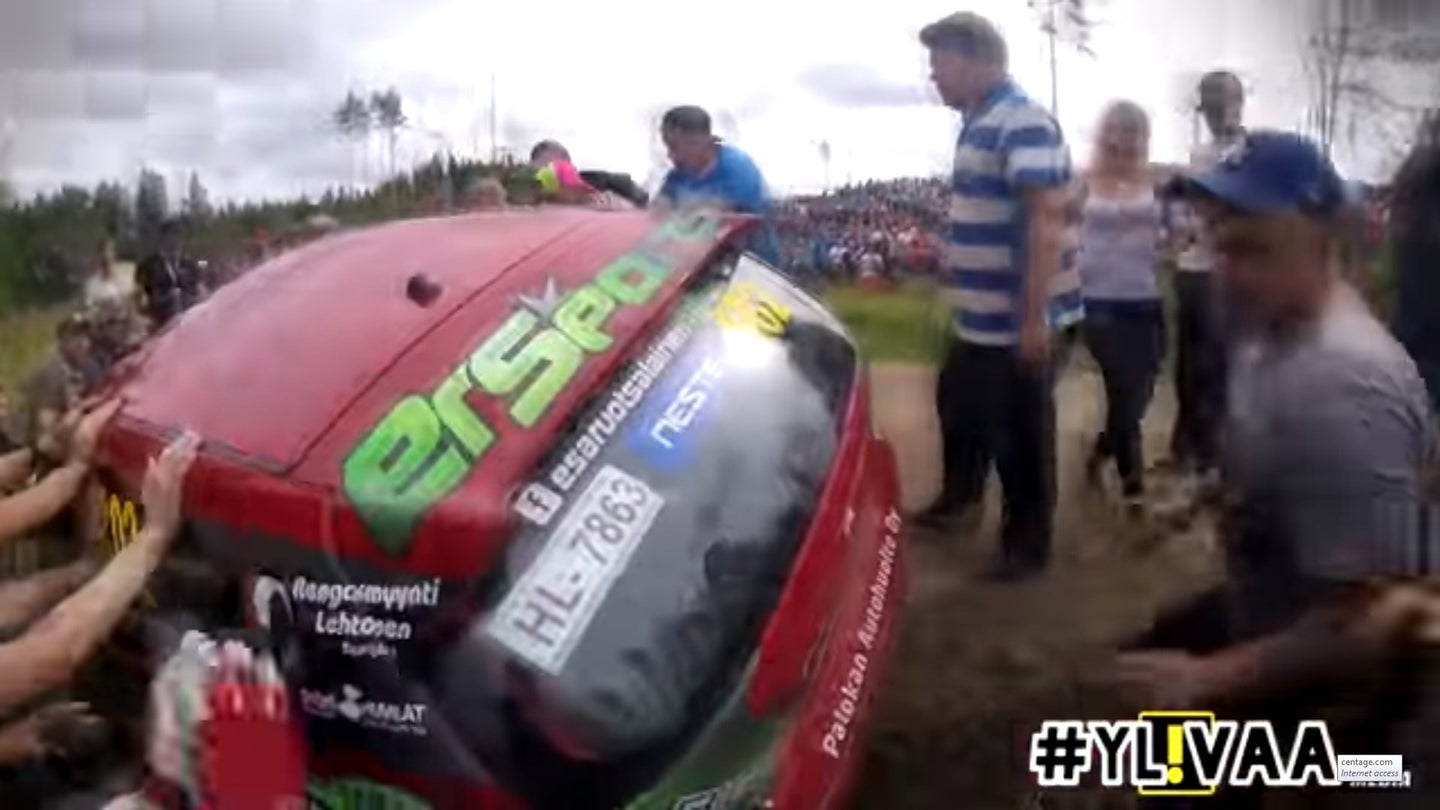 Finland is rally-crazy. The country produces many of the world's best rally drivers and Rally Finland is considered one of the best World Rally Championship events. Another aspect that makes Rally Finland so great is the highly enthusiastic Finnish spectators. Not only do they turn out in far greater numbers than any American rally event, they love to dive in and help anytime competitors need it.

One particular corner of the Päijälä stage must have had a bad pace note, as 15 competitors went straight off the road instead of making the corner past a large group of spectators. But this group brings the phrase "audience participation" to a whole new level. Even before these cars stop moving they are swarmed by cheering spectators. After making sure the occupants are OK (spoiler: no one is hurt, despite the dramatic crashes), they quickly roll overturned cars back onto their wheels, hook up a rope, and pull the cars out of the way if they are too damaged to continue, or back on the road if they can press on regardless.

This head camera shows exactly what it's like to be a first responder to a rally crash, which I learned all about when David Higgins crashed in front of me at the Mount Washington Hillclimb. You can't get any closer to rally than this without being inside a car. While the competitors who are able to continue on obviously appreciate their efforts, those who can't likely do as well. Competitors seem to keep crashing in the same place. Without the spectators' recovery efforts, cars would be smashing into each other, causing even more damage.

It's too bad American rally events aren't this popular. Liability concerns also lead to our spectator areas being far more tightly controlled, with no one allowed past the fence as these hordes of helpful spectators do regularly. But they also appear to respect the fact that they are on an active rally stage and only enter the road when they know no one is approaching–a far cry from the dangerous glory days of Group B. We'll just have to live vicariously through this first-person view of a Finnish recovery team so efficient they'll put sweep out of a job.