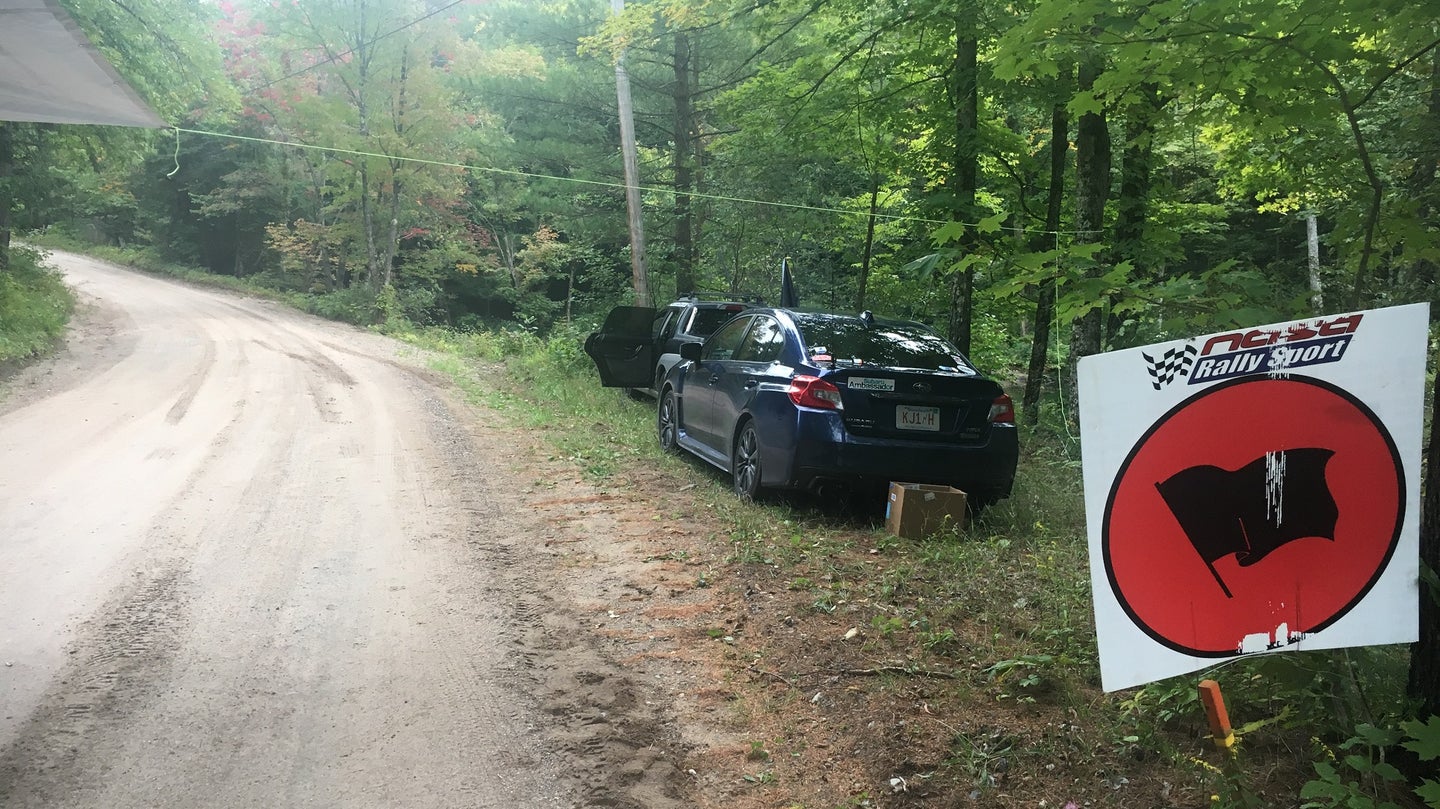 I first got hooked on stage rally by watching WRC coverage in the late 1990s. In 2004 I moved to Maine, home of what was then known as the Maine Forest Rally (now the New England Forest Rally). When I looked into spectating this rally myself, I learned that they were desperately seeking amateur radio operators to assist with communications for logistics and emergencies. I've had a ham radio license since 1989, and now I had found a way to combine my radio and rally interests and expertise. I've been volunteering for rallies ever since.

But you don't have to be a radio geek like me to volunteer for a rally. Event organizers are always looking for people willing to run timing controls at the start and finish, block roads crossing rally stages to make sure outside traffic can't enter, and marshal the official spectator areas to make sure they stay safe and away from the road. No special training or experience is necessary. Experienced personnel will assign and train you for the job you're assigned. In return, you'll get a much better view of the action than the spectators, event swag, and possibly free food and/or lodging, depending on the event. Depending on the job you're assigned, you'll likely get to meet and talk with drivers and co-drivers, rather than just watching them fly past you at a spectator area.

If you do have certain skills and equipment, they can be put to good use as well. Amateur radio operators are always in demand. The most basic license class, Technician, and a common mobile radio and antenna for the two-meter band is all you need to become a vital link in the communication net. Any medical training can be useful as well. Though rally stages should have an ambulance ready to respond to any medical emergency, the more qualified people there are to help on a stage, the better.

If you have a four-wheel-drive truck that can pull crashed cars out of ditches, you may be able to join the sweep team, which follows the competitors and cleans up the carnage after each stage. This is one of the most fun jobs for me, since sweep literally drives the entire rally, just not as a competitor. And while sweep doesn't drive anywhere near as fast as competitors on stages, they certainly hustle faster than the normal speed limits.

On the other side is the course opening cars, which check each stage before it runs and make sure it is ready and safe for competitors. You'll need some rally experience before doing this job, but it's another job that the event needs people with the right skill set to fill.

Best of all, by volunteering, you make the event possible. Competitors are fully aware of this, and very much appreciate the work of the volunteers who spend all day in remote areas so that they can play. So if you're a rally fan, look up the Rally America, NASA Rally Sport, and American Rally Association schedules to find an event near you, and consider volunteering instead of spectating.