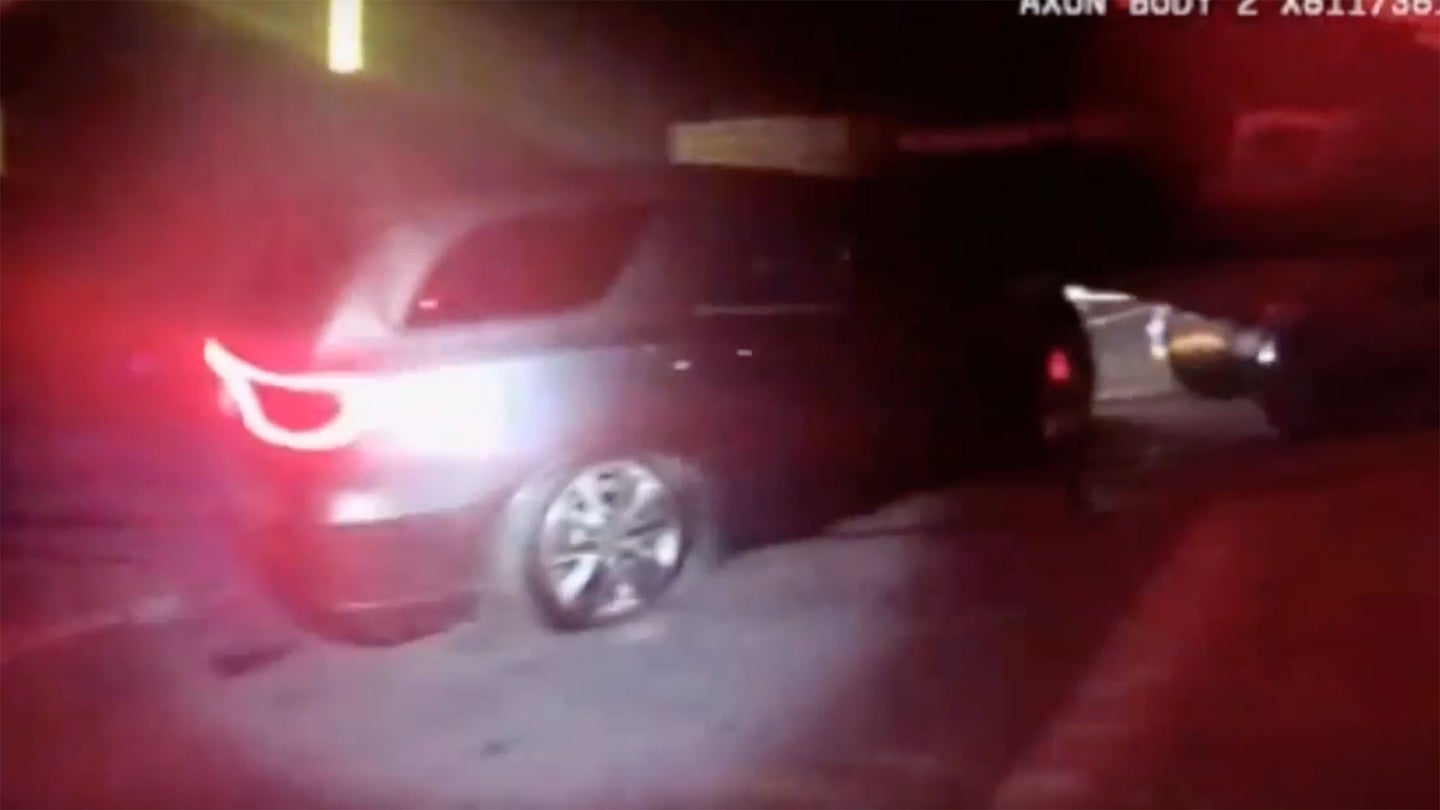 Train vs. car accidents are a fairly common form of traffic fatalities due to the sheer size and momentum behind a train. It is extremely difficult for a train to stop and conductors are often blind to what is happening in the mid-section of a freight train.

In this video from La Marque, Texas we can see police officers responding to an MVA with significant entrapment. A Dodge Durango had wedged itself underneath a train car and two occupants were trapped. The call started off like a routine extrication job, but quickly made a left turn. While officers were sizing up the scene and checking on the victims the train began to move again.

This understandably prompted a "What the F#@*k!" by the first officer on scene. He then radio'd to dispatch, "35, Call the railroad company (Union Pacific) and tell the to stop moving, they're dragging the car!" Eventually one of the first responders was able to get the attention of the train conductor and told them to stop the train.

Luckily, all occupants were extricated from the Dodge Durango without further injury. According to reports, the the male driver is currently listed in serious but stable condition while the female suffered less critical injuries. Both occupants were airlifted to UTMB Hospital.

This video serves as a great training reminder to never assume the scene is safe. Always establish contact with all parties involved to ensure everyone is on the same page.