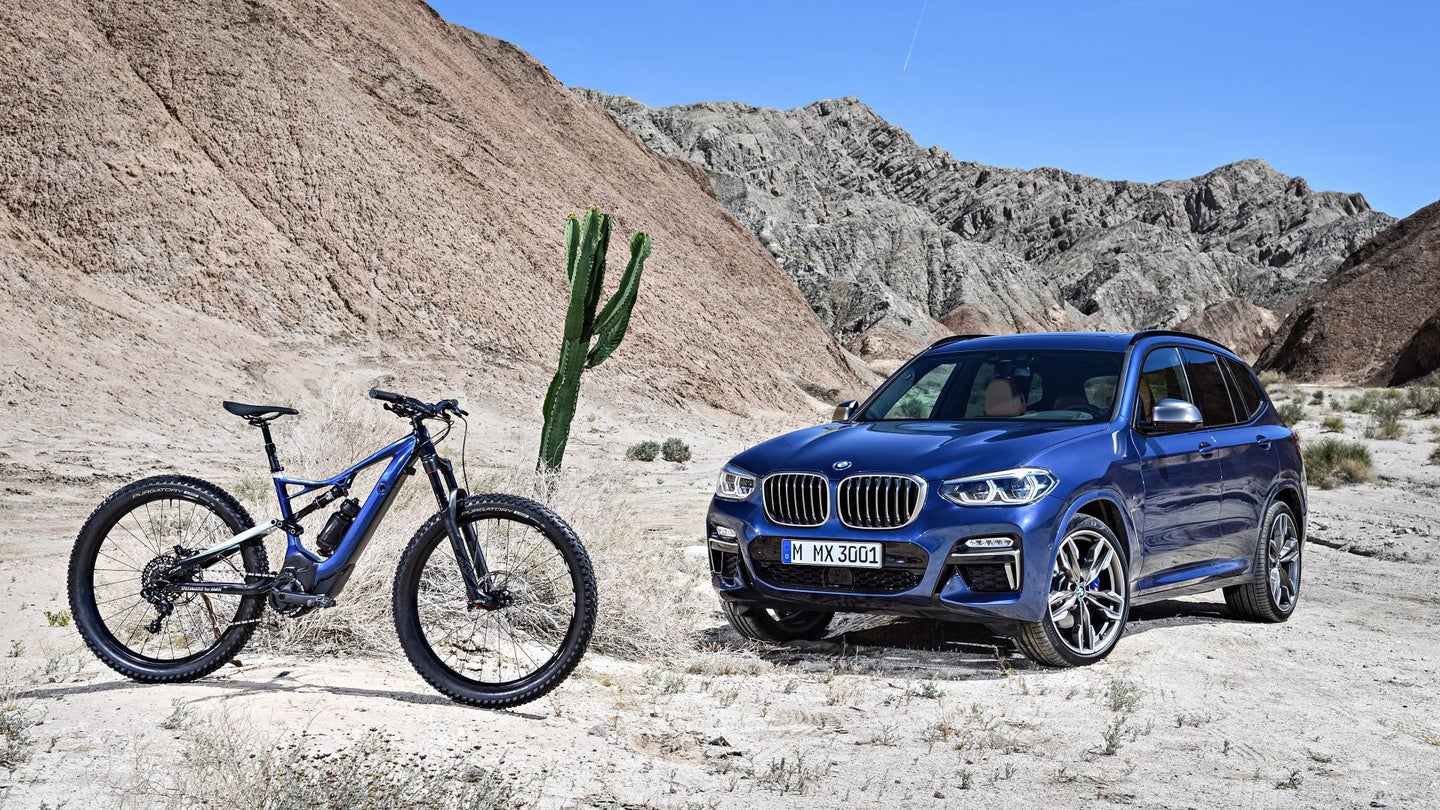 To coincide with the recently unveiled, redesigned X3, BMW has teamed up with bike maker Specialized for an even more specialized version (see what I did there?) of the Turbo Levo electric mountain bike—the Turbo Levo FSR 6Fattie. Before you ask, no, it doesn't come with the car and no, that last part of its name doesn't refer to its rider, but likely its girthy tires.

Built to match the superior design, technology, and both on-road and off-road chops of the new X3, the 6Fattie (officially and fully dubbed "SPECIALIZED for BMW Turbo Levo FSR 6Fattie") also sports an eye-catching paint job that matches the new BMW crossover as well—as long as you ordered your X3 in Phytonic Blue.

Under its proverbial skin, the luxury e-bike features a 250-watt pedal assisting motor, 2.8-inch tires, an automatically adjustable telescopic seat post, and a shorter chain for greater agility. The 504-Wh battery can be undocked from the bike and is attached to a cable designed by BMW themselves to ensure seamless in-car charging the X3's 12-volt trunk socket.

The BMW-branded Turbo Levo FSR 6Fattie will come with its own color-matching water bottle. It will be available at select BMW dealerships and Specialized retail locations at the end of August and will cost €5,200 (or almost $5900).

Our first glimpse of the next-gen X3 comes a little early thanks to whoever runs BMW’s Hong Kong website.