This trash hauling crew learns that there is no avoiding the long arm of the law of physics. 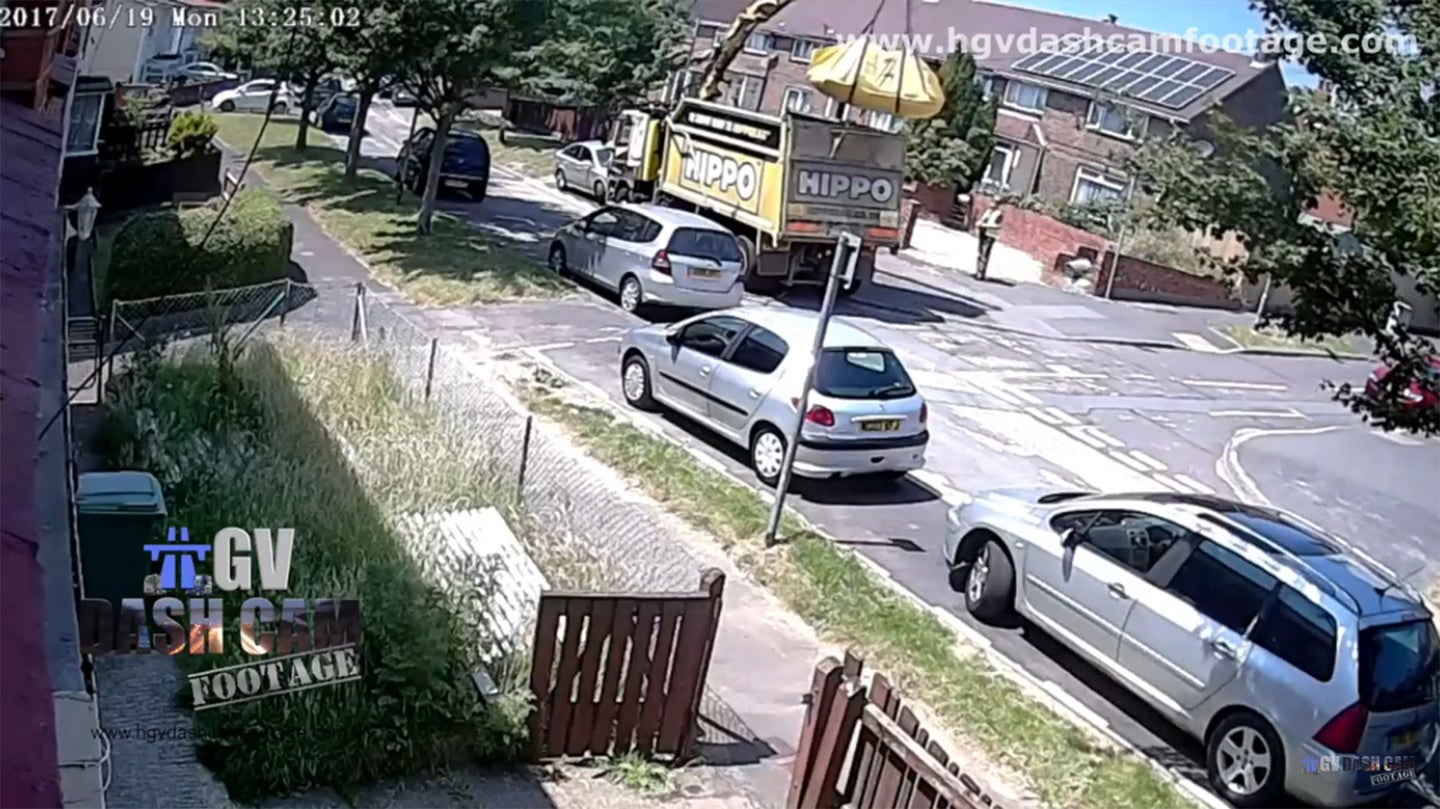 Love them or hate them, the laws of physics can not be broken. The person operating the crane on this Hippo truck learned all about this the hard way.

While the laws that define the natural universe have no wiggle room, they can be pushed to their absolute limit and those laws will still keep everything as it should be. But in order to successfully reach that limit without going over it, everything has to be just right. And this is where our Hippo crew went wrong.

Thankfully, there are so many security cameras, dash cams, and cell phones around that we are constantly treated to gems like this.

Watch the video, and then we'll discuss. Don't worry, there won't be a pop quiz afterward.

This unfortunate turn of events took place on Monday in Portsmouth, which is a little city on the southern shore of England. As you can see, the streets in this neighborhood are quite narrow. Just big enough for one vehicle at a time to squeeze through. This was likely the factor that led to everything being just right for things to go so wrong.

It's difficult to see in the video, but if you look at the car directly in front of the truck, you'll see that it is not level. At first glance, the truck appears to be level, but it's not. Some quick internet sleuthing turned up the exact location of this whoopsy.

As you can see, the spot where the truck was parked was far from level. When the crane swung the load around to try to get it over the bed of the truck, it was already too late. The center of gravity was way off from where it needed to be.

Maybe our soon-to-be unemployed truck driver was trying to be courteous by not parking in the street. Maybe there are some local laws that prevent him from blocking traffic. Either way, he was probably just trying to do the right thing. But when you start off with the truck halfway to the tipping point, it's never going to end well.

The best part of the whole thing comes after the truck has gone over. The spotter put his hands on his head and took his hard hat off as he walks way. At least he had a hard hat on, right?