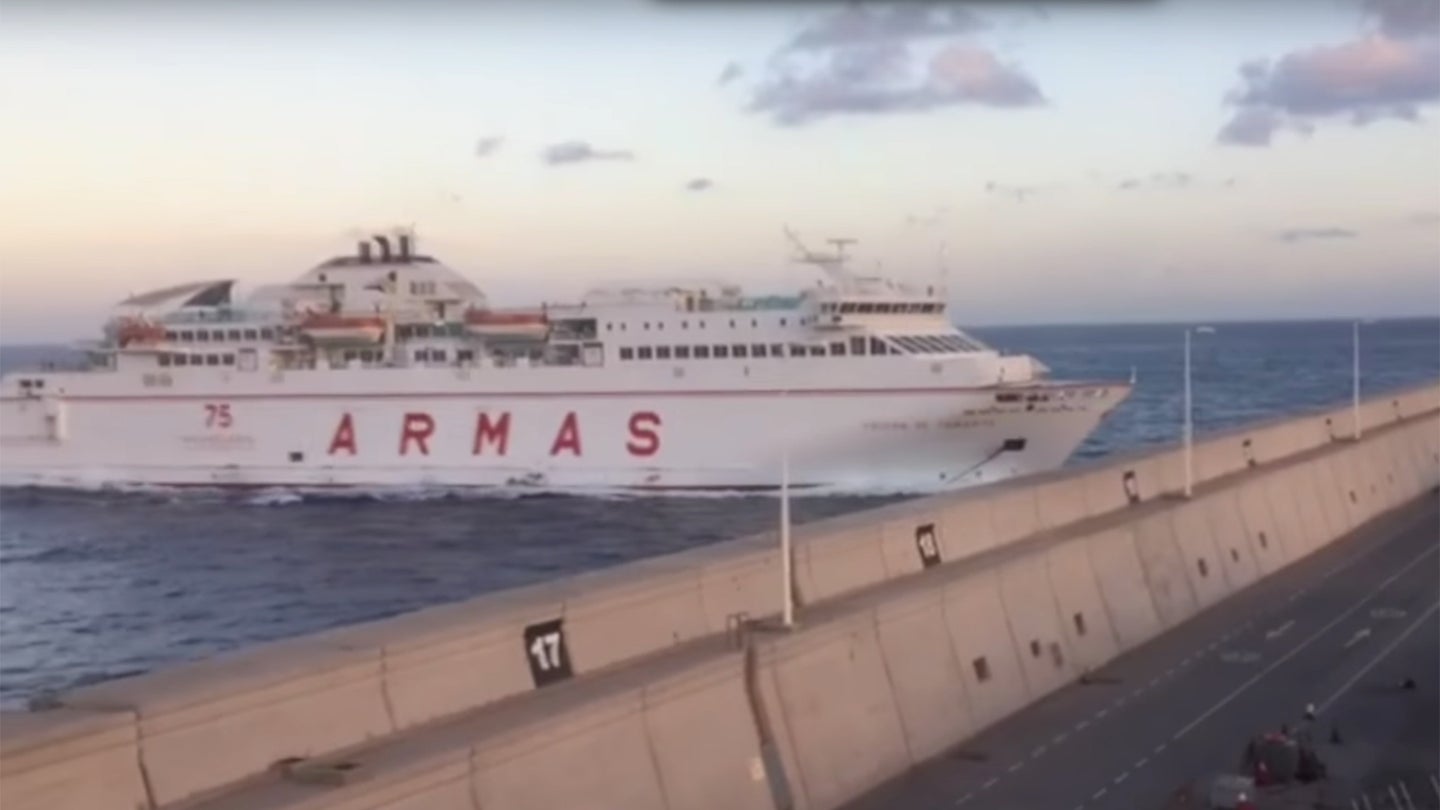 As much as we hate to admit it...there's something fascinating about watching a good ship crash. So long as no one winds up being killed or badly injured, of course. But once we know the mayhem and maimings have been kept to a minimum, it's hard not to feel some sense of awe at watching the nigh-unstoppable force of a ship plow into a near-immovable object.

So we won't lie: This footage of the ferry Volcan de Tamasite crashing in the Canary Islands last Friday has been sucking us in all day long.

The ferry, which reportedly was traveling from Las Palmas to Tenerife and held 140 passengers and 30 crewmembers at the time of the accident, crashed into a sea wall in the port of Gran Canaria after a power outage knocked out the controls for a couple minutes, according to a report from Naviera Armas, the ship's operator.

Thankfully, no one appears to have been killed or badly injured in the accident. Five people were taken to the hospital after the crash, according to the Daily Mail, including one man who reportedly broke his collarbone after falling on the deck. Another five people were reportedly treated for injuries at the scene.

While the ship was able to steer itself to the dock after the crash, the impact tore open an underwater fuel pipeline, according to The Independent, causing a three-kilometer fuel spill in the bay.