The one-of-a-kind GT-R will be auctioned off to support the charity. 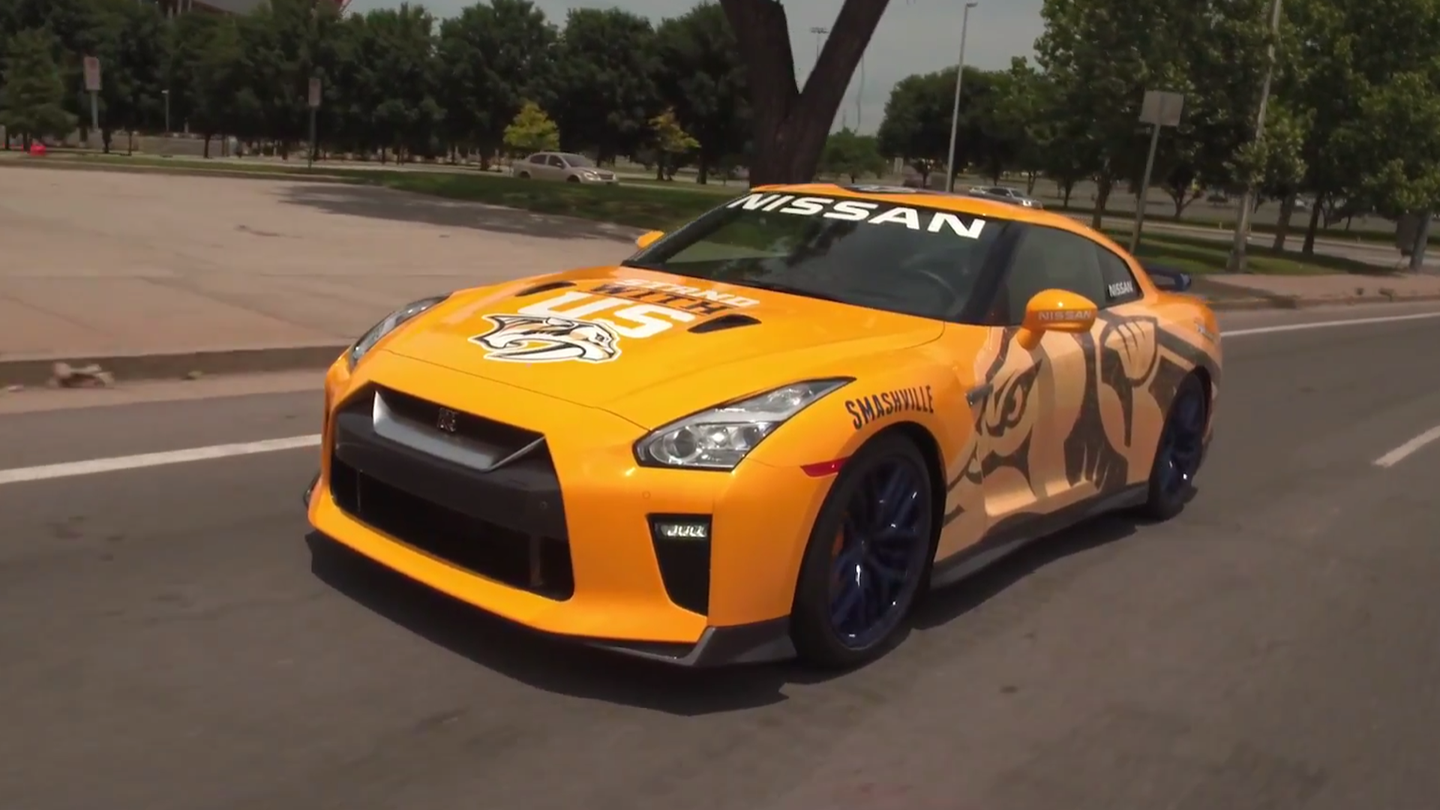 With the Nissan GT-R coming up on a decade since the release of the R35, it's neck-breaking performance still impresses automotive enthusiasts around the world. Normally, the Japanese supercar sports a conservative metallic paint job, in keeping with the car's already subdued styling. However, Nissan's cranking the wild style up to 11 with a new paint job celebrating the Nashville Predators, and the car is being auctioned off to benefit their charitable foundation.

Starting life as a GT-R Premium model, this special edition GT-R received a stunning custom paint job featuring the Predator's official colors and graphics. If you're interested, you can already start bidding by texting "Nissan" to 52182 or visiting this website. And in addition to supporting a good cause, the winner will be awarded two 2017-18 season tickets and a parking pass for the Sixth Avenue Garage near the arena so they can easily come out to cheer on the Western Conference Final Champion Predators.

"Nissan is proud to call the great city of Nashville home for our North American headquarters -- and we are thrilled that our hometown Predators have come so far this season," said Jose Munoz, chief performance officer of Nissan. "This supercar is dedicated to Nashville and Predators fans all over the world. We hope it raises a lot of awareness and funds for the work of the Predators Foundation."

The auction, which kicked off on Monday, ends in October. With 565 horsepower on tap from its biturbo 3.8-liter V6 engine, the "Predzilla" GT-R should excite its future owner while supporting a good cause.