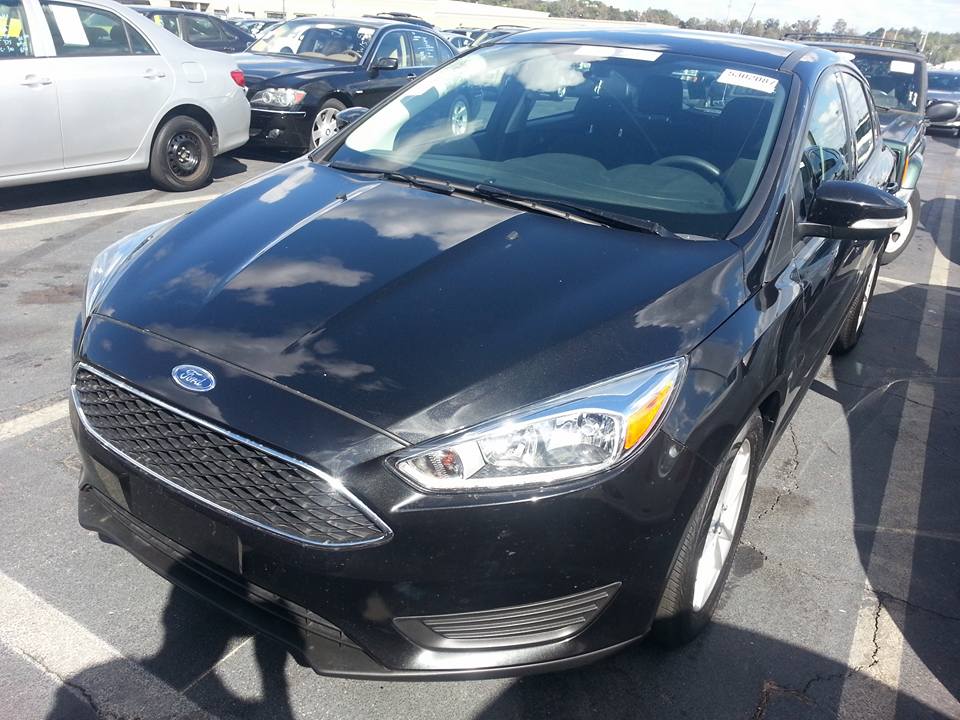 Last year I nearly stole this car at a dealer auction.

A one year old, 2015 Ford Focus SE hatchback with nearly all the niceties you could have for the model, from heated seats to Sync. The MSRP on it was just a tick over $18,000 and with 20,000 miles on it, this Focus seemed like the perfect steal of a deal at a purchase price of just $9,000.

The current Ford Focus has been a solid choice for consumers looking to buy a sporty or economical car in the sub-$20,000 range. Even in entry level trims it's a fun ride. The crash worthiness is excellent for a compact. There is a heaping load of healthy handling that often even make a ride through suburbia worth the experience. But, it has one fatal flaw that may not be getting the resolution that owners want for this vehicle.

The dual clutch automatic transmissions. Despite Ford's willingness to extend the warranties on these transmissions to 7 years / 100,000 miles, this hasn't stopped the model from becoming a common site at the dealer auctions with transmission woes way out of whack with their historical average.

There is a point when statistical realities intersect with the unusual experiences of owners, and this is definitely one of those times. When I bought the Focus the shifting was just plain uneven. Sometimes it shifted like butter. Other times it would stutter and slip. Not always and not often. But about 2% of the time I would get a shift that felt like it belonged in a fifteen year old car with bad transmission mounts instead of a one-year old car that felt like it had been welded together with the tightest of tolerances.

I have a theory about why so many Focii with bad transmissions are going through wholesale heaven at the moment. The warranty, which is a healthy step in the right direction, may have some gaping holes in it that could leave Focus owners holding the bag.

The primary symptom appears to be, "Fluid contamination of the clutch caused by leaking input shaft seals" according to a letter that was sent to all Ford and Lincoln dealers   If you dig deeper in that letter, you will find that Ford clearly states "Vehicles may or may not exhibit transmission fluid leaking from the clutch housing."

When I took a look at the sky high defect rates, and then looked at all the TSBs that have been issued related to this transmission, it's hard to not consider the chance that a lot of these vehicles may not be getting repaired by the prior owners.

In otherwords, they're rolling money pits whose resale value and demand may be getting hammered due to that one issue. That Focus that I supposedly stole took over three months to sell and retailed for just $10,000. Right now the average version of that model is down by 22% over the past year according to the Manheim Market Report which tracks the wholesale dealer market. The average value of a Focus SE hatchabck has declined from $10,950 to just $8,525.

Meanwhile other less popular competitors such as the Hyundai Elantra GT (down 14%) aren't getting hit nearly as hard, and new market leaders, such as the Mazda 3 (2.7%) are hardly getting hit at all.

The Mazda 3 is an interesting case, and I bring it up for two reasons. First, the Mazda 3 is frequently considered to be the closest competitor to the Ford Focus (here, here, and here), and related to that,  the joint ventures between Ford and Mazda in the compact market segment gave fruit to some surprisingly strong models during the late-1980s and 1990s.

If you're an industry vet, you don't flinch at the idea of any Ford compact driving a lot like a Mazda.  Both companies do a great job of nailing the sporty and fun side of the ledger, but often play the second tier sales fiddle in North America to more mainstream models such as the Honda Civic and Toyota Corolla.

The second unique quality is that both the Ford Focus and the Mazda 3 are absolutely wonderful to drive with a six-speed manual transmission. Even six model years into the current generation, the Ford Focus with a manual transmission represents an excellent enthusiast example of hitting 'em where they ain't and it still competes neck-to-neck with the Mazda. For the price, which is often several thousands of dollars less in the used car market than the Mazda 3, the current gen Ford Focus is just plain unbeatable. Simple as that.

So if you're looking at buying a compact car and can row your own gears, take a look at the Focus. It will likely be thousands of dollars less than the Mazda variant in any trim other than the ST. But if you're looking for an automatic and plan on paying cash or financing your next ride, I personally can't endorse this generation of the Ford Focus until Ford decides to put a little bit more meat into that extended warranty.

The Long-Term Quality Index is designed to give the average car buyer a picture of what the long-term reliability of different makes and models are based on real-world used vehicle data. Our goal is to provide used car buyers accurate reliability information that will be available for free, forever. For right now, here's a compilation of how each compact model has performed. Want to look at other brands and market segments? Feel free to click away. By the end of 2017, we will have nearly 1.6 million vehicles in our study to help consumers find those used cars that are worth keeping.