Well, this could be interesting. 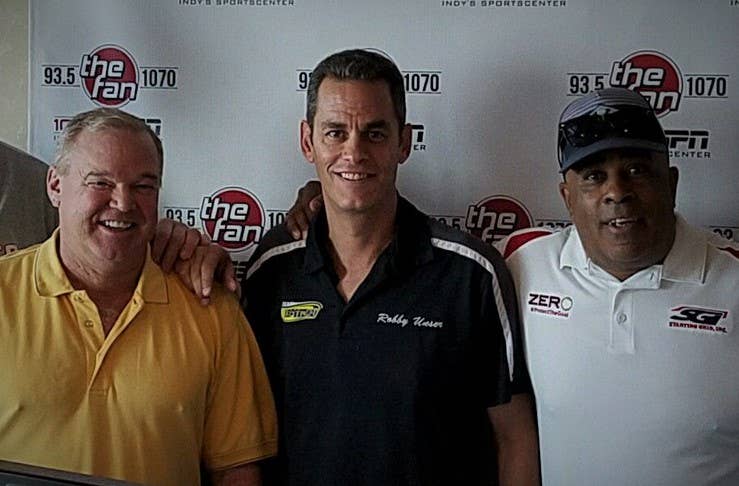 If you aren't familiar with Willy T. Ribbs and the Trans Am Series, two things you should know:

Yes, Willy T. Ribbs is his real name, and yes, he is a black guy. (That's him on the right in the photo; Robby Unser is in the middle, with his cousin Al Unser, Jr. on the left.)

And Trans Am used to be this kickass series that raced Chevrolet Camaros and Ford Mustangs and other V8-powered cars -- and cars with smaller engines years before -- on street courses and road courses, that sort of just faded away. Now it's back, and the racing is very good, but without a good TV package, a lot of actual race fans don't know it exists.

Trans Am is now under the direction of Tony Parella, who has helped take vintage racing to a new level in the U.S., and is now hoping to raise the profile of Trans Am and make it what it used to be. The series has attracted the attention of one of the best Trans-Am racers ever, Ribbs, an absolutely wild, out of control driver who woud typically either crash or win by two laps. Driving for Jack Roush and Dan Gurney, his car control was amazing, right up until the moment it wasn't, and Trans-Am cars were tough enough to take it. Ribbs tried to make a move to IndyCar, with help, at various times, from boxing promoter Don King and no-longer-funny comic Bill Cosby. Whether it was the equipment, or the fact his driving style didn't translate was the problem, it didn't work out. He also made two stabs at NASCAR, and tested a Formula 1 car, the first black driver to do so. Ribbs then retired and became a well-regarded marksman.

Al Unser, Jr., you know about --  he won the Indianapolis 500 twice, and his dad won it four times. His IndyCar driving career ended in 2007 after he was arrested for driving under the influence. He went public with his story of alcoholism, and became a valued member of the IndyCar staff, but lost that job in 2011 after another DUI. He has been racing, with success, in some amateur events lately, and remains a popular speaker and personality.

Al has a cousin, Robby, son Bobby Unser, who has made two starts in the Indy 500 and has multiple wins in the Pikes Peak hillclimb.

So what? So this: Racer magazine is reporting that the trio is starting a Trans Am team, Unser Ribbs Unser Racing, that will put all three of them in Trans Am cars. "We are definitely going to run for the championship, so Al's going to get the first car and then me and then Robby,"​ Ribbs told Racer's Marshall Pruett. The three drivers became friends while doing race commentary for The Fan, an Indianapolis sports radio station, and competed in some of Parella's historic events prior to making this move.

If nothing else, Trans Am racing just got a lot more interesting. The series hasn't released its 2017 schedule, but 2016 started at Sebring in March.