Kyle Busch’s second-place finish was enough to get him a slot. 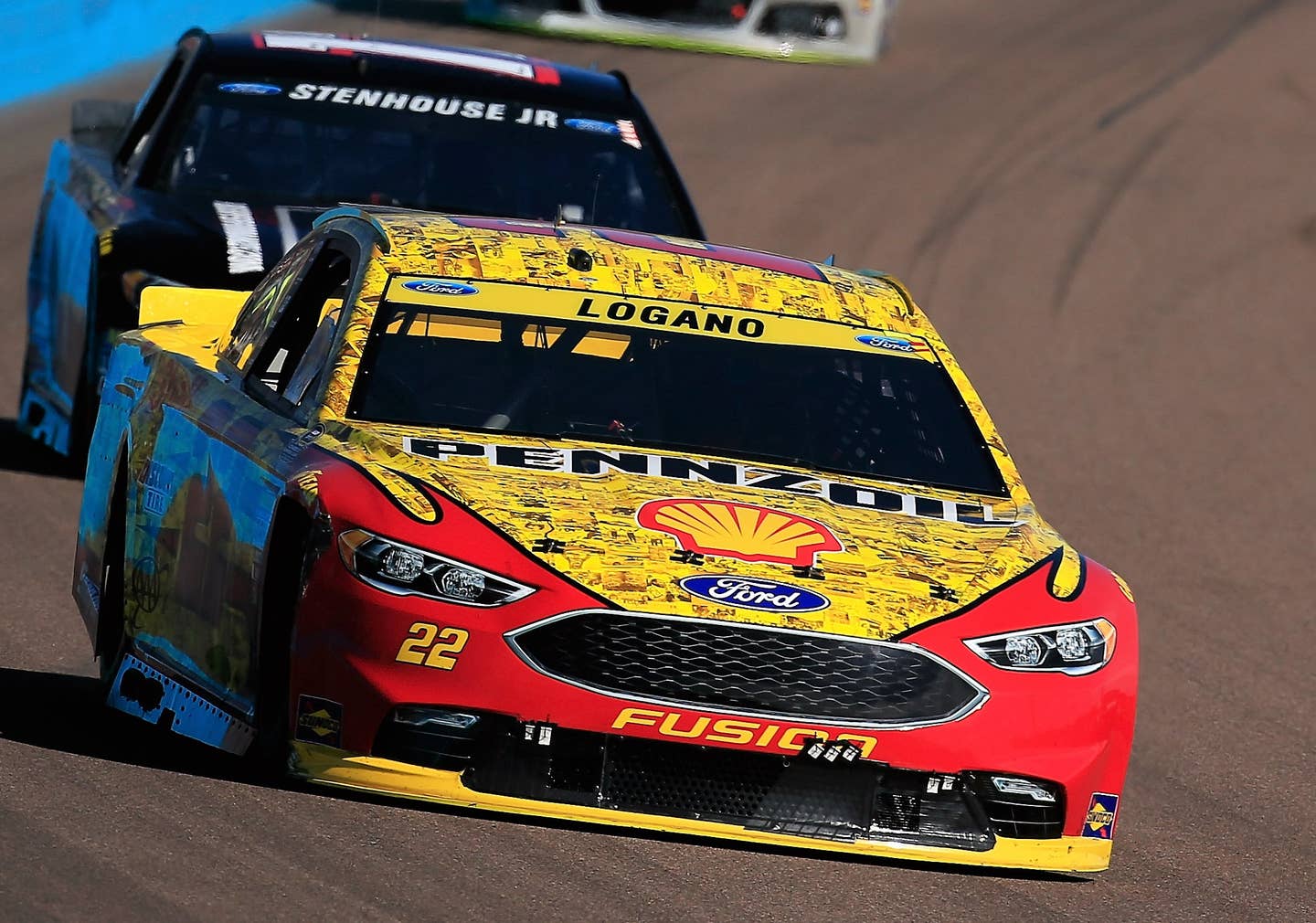 When the checkered flag fell at Phoenix – finally, after double-overtime in the Can Am 500 NASCAR Sprint Cup race – Ford executives breathed a sigh of relief: With Joey Logano’s win, a Ford will be in the Chase for the Championship finale next weekend at Homestead-Miami Speedway, where all three NASCAR races are sponsored by Ford.

Jimmie Johnson and Carl Edwards were already in, with Logano and Kyle Busch, the only one of the quartet who advanced on points, not on a win.

Dale Earnhardt, Jr.’s fill-in Alex Bowman, who has been driving the number 88 while Earnhardt recuperates from concussion issues, was the star of the show most of the day: He qualified on the pole and led the most laps at 194, but a late crash with Matt Kenseth, which was not the 23-year-old Bowman’s fault, sent him back to sixth place.

Logano led 58 laps on the way to his win; he was followed by Kyle Busch, Kyle Larson, Kevin Harvick and Kurt Busch. Denny Hamlin was seventh. It was lucky Edwards and Johnson were already in – Johnson finished 38th, though he led 13 laps, and Edwards was 19th.

So with Johnson, Edwards, Logano and Kyle Busch as the final four, Harvick, Kurt Busch, Denny Hamlin and Matt Kenseth are out of the running.

“I’ve never felt this good about a win before,” said Logano. Of course, a win next week would be even sweeter.