Here’s the Other NASCAR Chase Guys

Camping World truck series and Xfinity series sign on for the playoff format. 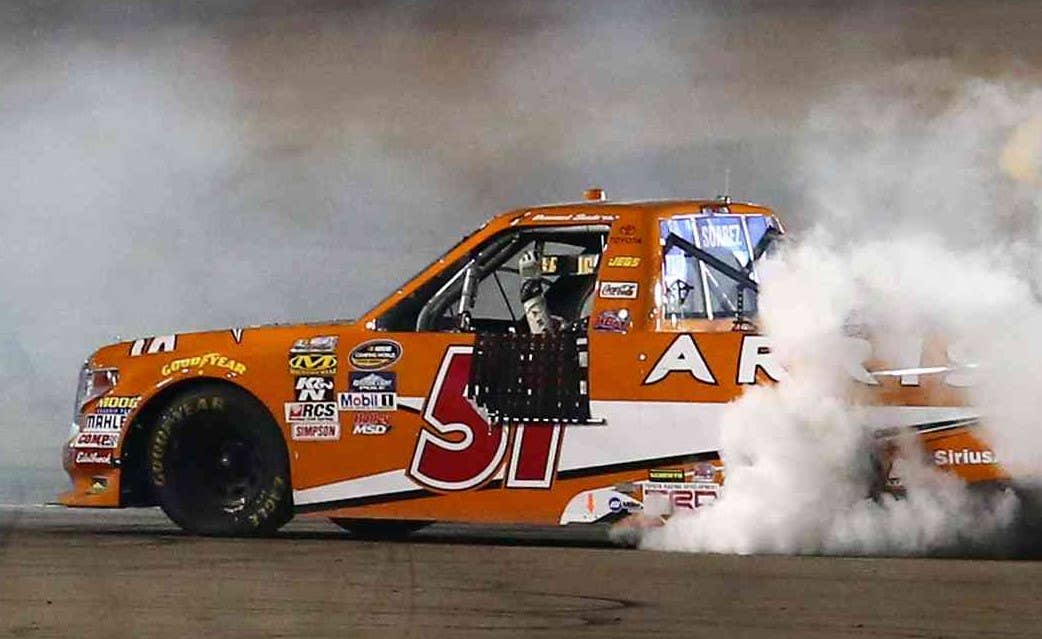 This is the first year that the NASCAR Camping World truck series, and the NASCAR Xfinity series, have adopted a similar shootout-style Chase for the Championship used by the Sprint Cup series, meaning both the lesser series will decide the championship at Homestead-Miami Speedway in races Friday (the trucks) and Saturday (Xfinity).

Though Xfinity poacher Kyle Busch won the race at Phoenix, he isn’t eligible for the Xfinity title, so the series final four are Daniel Suarez and Erik Jones, both racing for Joe Gibbs, and Elliott Sadler and Justin Allgaier, both racing for Dale Earnhardt, Jr.’s JR Motorsports.

In the Camping World truck series, the final four are Johnny Sauter, Matt Crafton, Christopher Bell and Timothy Peters. The race was won by Xfinity regular Daniel Suarez, as shown in that smoky photo up there.