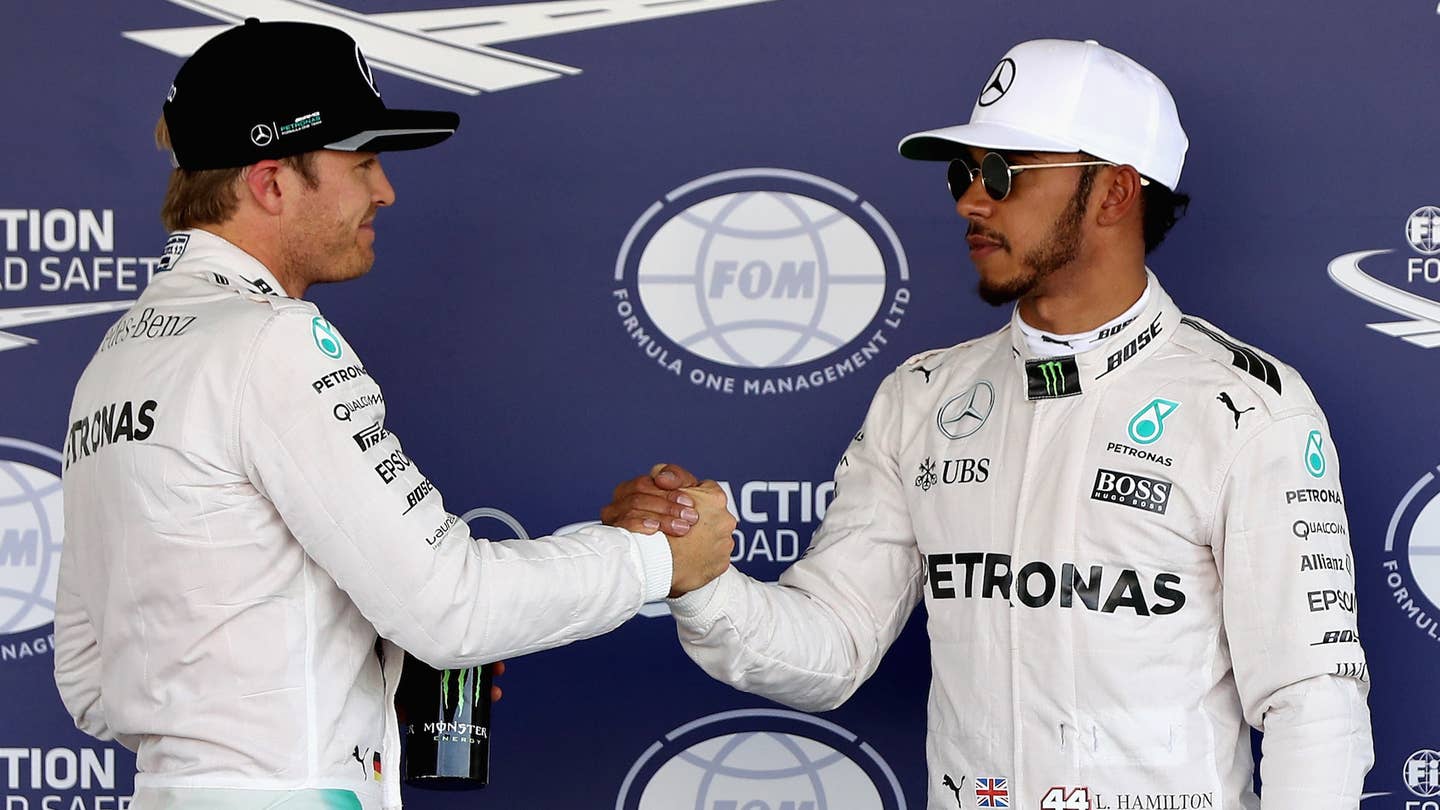 Lewis Hamilton drove to his 10th pole position of the season at the Mexican Grand Prix at Autódromo Hermanos Rodriguez in Mexico City. The Englishman took the position over Mercedes teammate, and championship points leader, Nico Rosberg. Rosberg has a 26-point advantage heading into tomorrow’s race and can clinch the championship should he win and Hamilton fail to score points.

The Red Bull duo of Max Verstappen and Daniel Ricciardo slotted in third and fourth despite Ricciardo not being entirely pleased with the car at the high-altitude track. Ricciardo told Townsend Bell from NBC Sports after the session that he would not have predicted that he would qualify in the fourth position.

Nico Hülkenberg qualified an impressive fifth for Force India, beating out both Williams drivers. This could potentially help Force India maintain their hold on fourth position in the constructor’s standings, should Hülkenberg not run into trouble like he did on lap 1 of the USGP.

Following Hülkenberg are the Ferrari drivers of Kimi Räikkönen and Sebastian Vettel and the Williams pair of Valtteri Bottas and Felipe Massa. Räikkönen radioed to his team at the end of qualifying complaining of a potential engine issue. Whether this will impact the grid for tomorrow’s race remains to be seen. Toro Rosso’s Carlos Sainz Jr. rounded out the top 10.

McLaren’s Fernando Alonso just missed out on transferring to Q3, he will line up in 11th, and hometown hero Sergio Perez will be starting P12. The Mexican was disappointed not to crack the top 10, particularly given his Force India teammate is starting in fifth.  Perez’s countryman Esteban Gutierrez also had a disappointing qualifying after failing to advance from Q1 in front of his home crowd. Gutierrez’s Haas teammate, Romain Grosjean, also failed to advance in Q1 and the pair will start 17th and 21st, respectively. Renault driver Jolyon Palmer did not partake in qualifying after cracking the tub of his car during free practice three. He will start 22nd.