What does that mean in the real world? Free Bloomin' Onions! 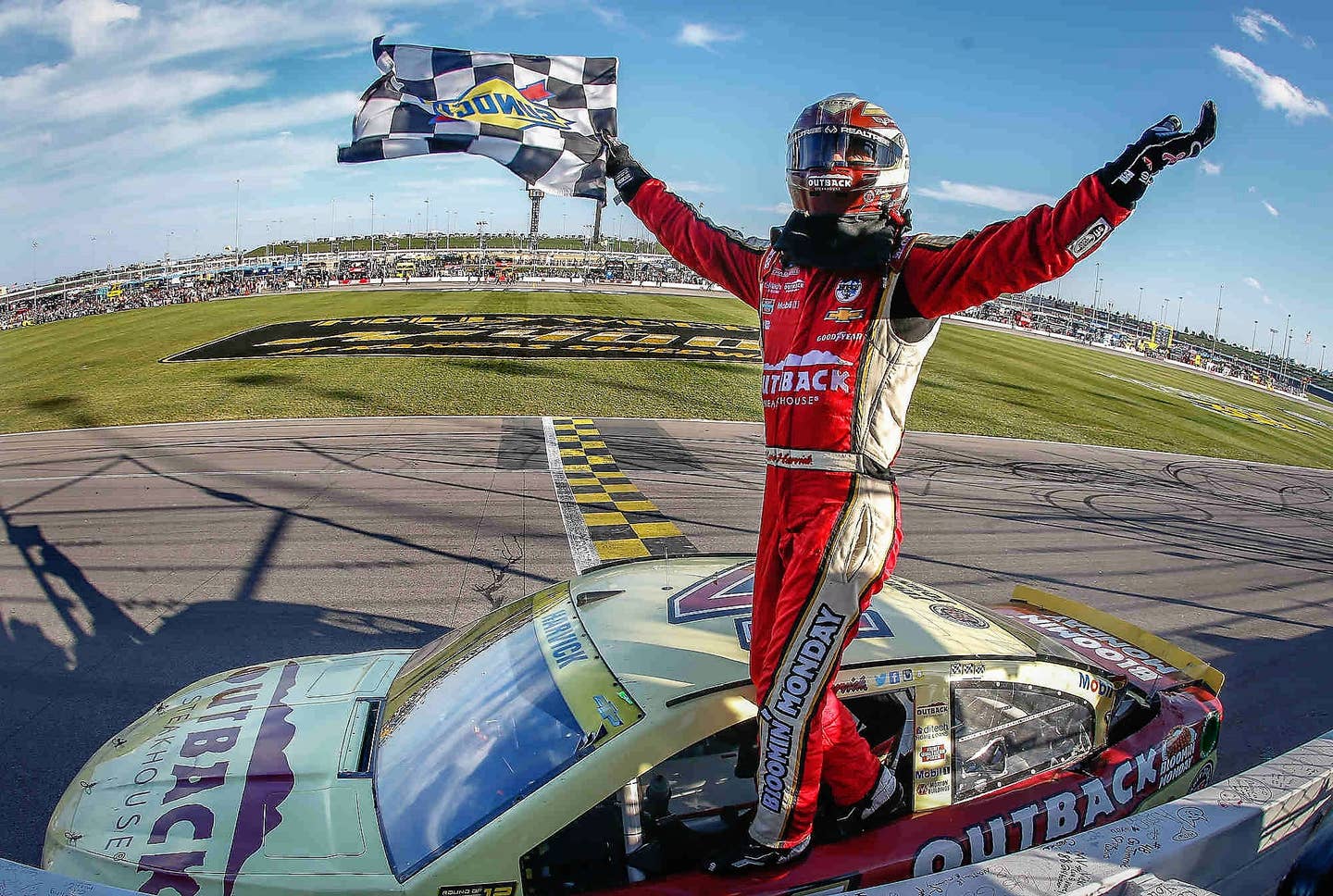 Thanks to a strong late-race restart, Kevin Harvick, driver of the No. 4 Stewart-Haas Chevrolet, will advance into the next round of the NASCAR Sprint Cup Chase for the Championship playoff, joining Jimmie Johnson, who already had a win.

Harvick won the Hollywood Casino 400 Kansas Speedway, his fourth win of the season. He led 74 of the 267 laps. Carl Edwards, trying hard to win at his home track, finished second, followed by Joey Logano, Johnson and Kyle Busch.

Busch, who won Saturday’s Xfinity race, was not pleased with the tactics used by Joe Gibbs Toyota teammate Edwards late in the race, but he held his tongue in post-race interviews, though you can bet there will be some conversation about it later on.

With one more race in this second elimination round – at Talladega Super Speedway – the four bottom-dwellers are, in order, Austin Dillon, Denny Hamlin, Brad Keselowski and Chase Elliott, are essentially in a must-win situation except possibly for Dillion, who could advance with a really good run in Alabama. He is tied with Logano for the eighth and final spot, but Logano has a win, which is a tie-breaker. Hamlin and Keselowski have three and four wins this season respectively, and their elimination would be regarded as an upset.

Indeed, if you used the old pre-Chase points standings, Keselowski would be a close second to Harvick.

Anything can happen at Talladega, and probably will – it’s a tough place to pin your hopes on for the four drivers who really could use a win there.