It's easy to forget the increasingly reclusive Stewart has opinions. And then this happens. 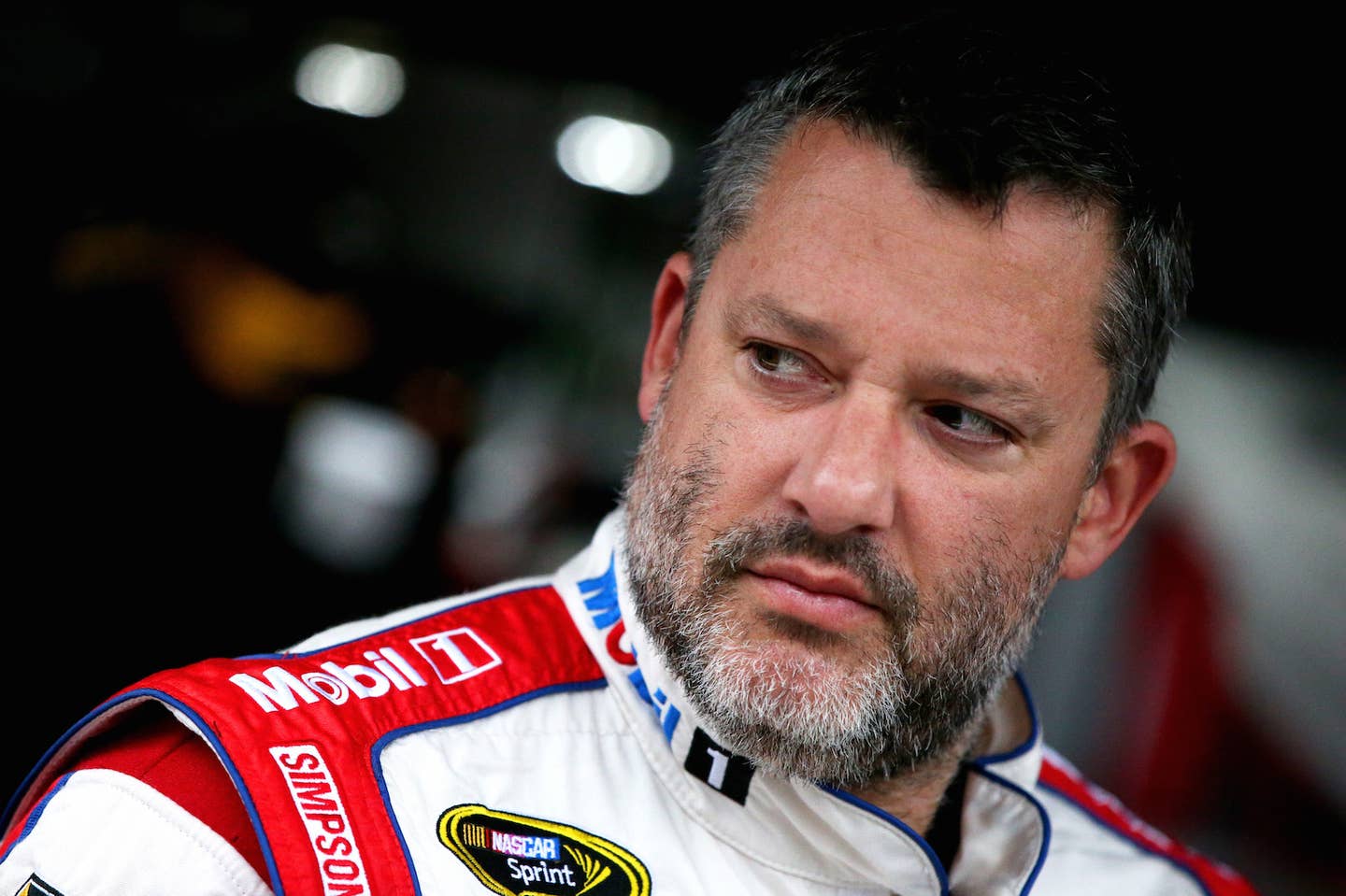 Tony Stewart did his racing legacy no favors yesterday when he picked up his smartphone and Tweeted his way into the Colin Kaepernick National Anthem controversy. The 45-year-old three-time NASCAR Sprint Cup champion took umbrage with The San Francisco 49ers quarterback sitting down during the National Anthem in a game over the weekend. Kaepernick was protesting police treatment of African-Americans nationwide; Stewart called him an idiot.

"I'm sorry but @Kaepernick7 needs to learn the fact about police before running his dumbass mouth!" Stewart tweeted. "He has no clue what they go thru! #idiot".

The twitterverse backlash was immediate and strident, and went straight for Stewart's jugular: focusing on the 2014 incident at a sprint car race in Canadaigua, NY, in which a fellow sprint car racer Kevin Ward was killed by Stewart's race car. No charges were brought against the Indiana native, though a civil lawsuit brought by the Ward family is ongoing.

"Didn't you kill a guy?" Tweeted a follower.

"You're an idiot," Stewart responded.

Since Ward's death, the Stewart camp has engaged in what amounts to a media blackout—he declines interviews that aren't mandated by NASCAR and all requests for in-depth profiles, his team instead choosing to control its own message through the media channels of Stewart's PR company, True Speed Communications, which represents several other drivers, including Danica Patrick, Kevin Harvick, Kyle and Kurt Busch, and the Haas F1 Team.

It hasn't been a great few years for Stewart, who has won three Sprint Cup Championships. Before the incident in Canadaigua, he broke his leg in a sprint car crash and missed a season. Earlier this year, he fractured his back in a buggy crash in Glamis, California and was sidelined for the first few races. Yet he remains a fan favorite and a legend in open-wheel and dirt track racing, and owns Ohio's famous Eldora Speedway.

It's somewhat surprising that such a tightly-run ship allowed the embattled driver—who is retiring from driving in a few short weeks—to take to social media on a topic that has no obvious upside for a NASCAR driver and team owner dependent on the patronage of corporate sponsors who dislike political controversy.