But Lewis Hamilton still put in the most impressive drive on Sunday. 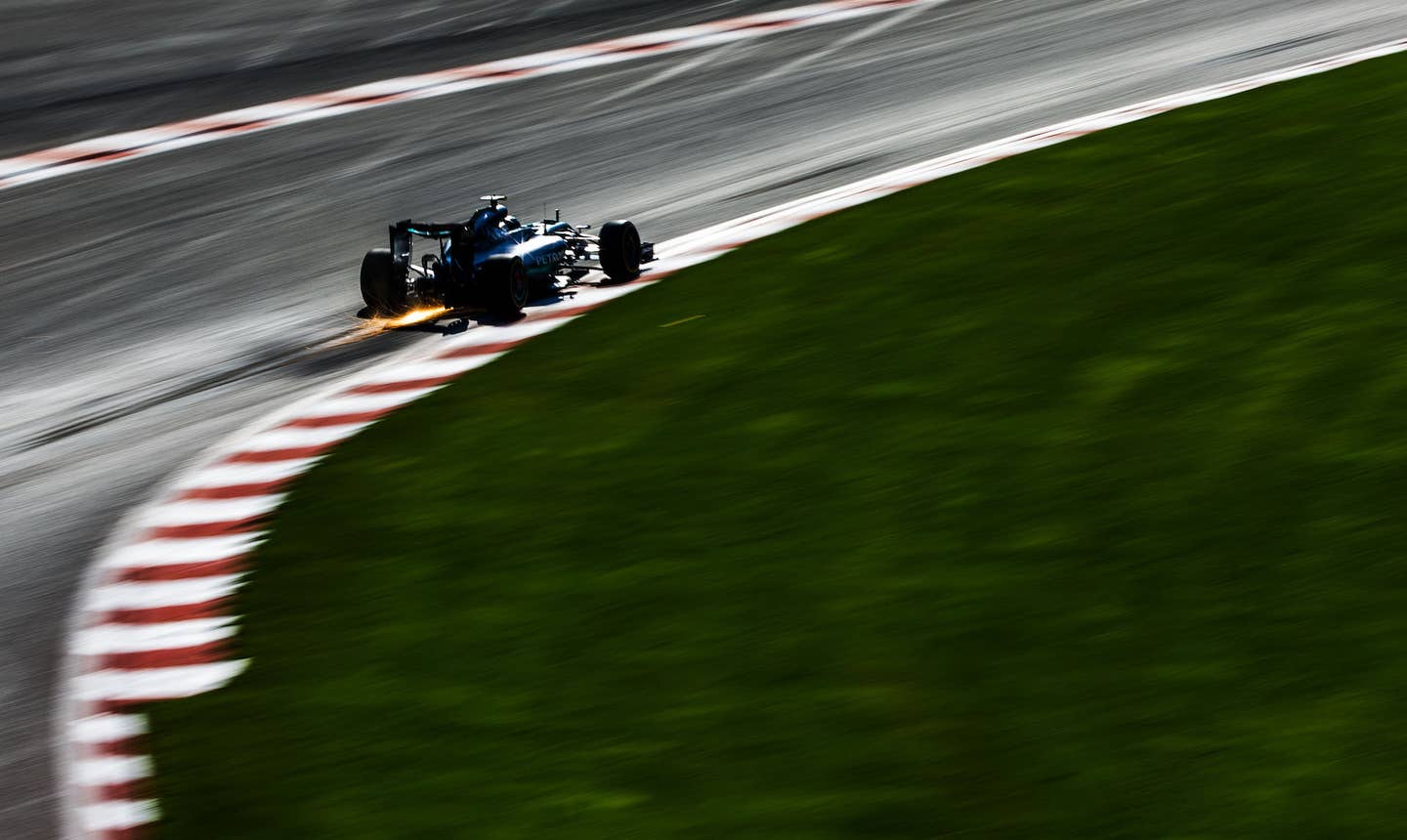 This year’s F1 Belgian Grand Prix got off to a rough start. Count five retirements in the opening ten laps, including one particularly gnarly crash, after Renault’s Kevin Magnussen lost control at 150 mph through Circuit de Spa-Francorchamps’ notorious Eau Rouge corner. Starting from pole position, Mercedes-AMG’s Nico Rosberg stayed out ahead of the carnage, cruising to his first victory since June’s European Grand Prix at Baku. With the win on Sunday, Rosberg is now just 19 points behind his teammate, Lewis Hamilton, in the driver’s points standings.

But it Hamilton still put in the drive of the day. Starting from the back of the grid due to pre-race penalties, the four-time World Champion fought his way through to finish third. The two Mercedes were split by Red Bull’s Daniel Ricciardo, who seemed excited about his second-place finish, though not enough to celebrate by drinking beer from his shoe.

Fourth and fifth went to Force India, Nico Hülkenberg and Sergio Perez, respectively. Sebastian Vettel got tangled up with Max Verstappen’s Red Bull on the first lap, but brought his Ferrari home for a solid sixth. Fernando Alsonso reminded us why there are two championships on his mantle; starting from the back row with Hamilton, the Spaniard put in work for seventh, netting McLaren-Honda some much-needed points. Valtteri Bottas of Williams was eighth, followed by the Kimi Räikkönen, whose Ferrari was also involved in the incident with Verstappen, and briefly caught on fire. Felipe Massa, in the other Williams car, rounded out the top-ten.

But back the Magnussen crash. This was a scary one. It took a while for safety crews to extract the Danish driver from his Renault; the impact necessitated a red flag, while heavy machinery rolled out to repair the barrier. Renault confirmed that Magnussen remained conscious, but was transported to a local hospital with an ankle injury. We’ll be keeping an eye on his status this week, and during the run-up to the Italian Grand Prix, at Monza, on September 4.