The Green Flag Fell at the Brickyard 400 — and You Won’t BELIEVE What HAPPENED NEXT!

Actually, you might. This is kind of false advertising. 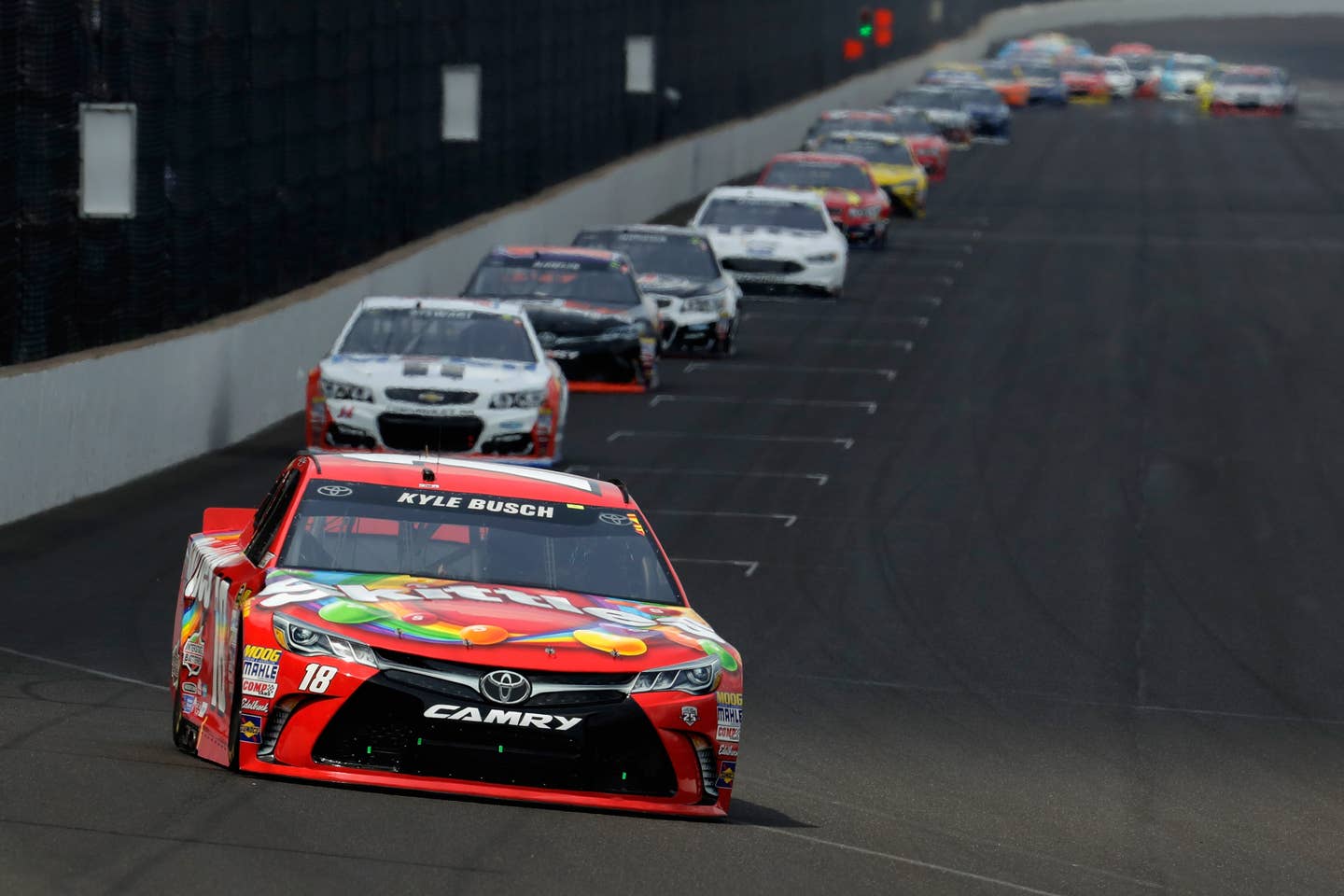 Sorry, but we knew the only chance we had to get you to take a look at this story was if we stuck one of those, “and it CHANGED my LIFE!”-type headlines on it, because if we just said, “Kyle Busch wins another NASCAR race, just like he did yesterday,” you’d go off looking to see if Zach Bowman ran over a raccoon or something.

But that’s what happened: Busch and the number 18 Joe Gibbs Racing Skittles Toyota started from the pole, led 149 of 170 laps – the most ever in a NASCAR race at Indianapolis Motor Speedway – and though some late-race cautions bunched up the field and allowed teammate Matt Kenseth to keep taking shots at Busch, in the last overtime green-flag couple of laps, Busch pulled out so far ahead of the rest of the pack that it was hard for NBC to get them all in the same picture. That far ahead in two laps. Seriously. Kenseth was second, Jimmie Johnson third.

The victory in the Combat Wounded Coalition 400 was the fourth NASCAR Sprint Cup win of the season for Busch, the 38th of his career. Saturday, Busch won the Lily Diabetes 250 Xfinity race, his seventh of the season and the 83rd of his career, leading 62 of the 63 laps.

Did we mention that not only did Busch win both races this weekend, he qualified first for both of them, too? No one has ever done that before. Busch is 31. Maybe when he gets a little more experience…

As for retiree Jeff Gordon’s big comeback, subbing for Dale Earnhardt, Jr., he finished 13th. And in Tony Stewart’s final Brickyard 400 – though we know “final” doesn’t mean much in NASCAR, as Gordon proved – he finished 11th.

We don’t know what we’ll do the next time Busch wins, because you won’t fall for the same headline gimmick twice. Or WILL you? What if it “Left me RUNNING for the TEAR-DABBING TISSUES!”