With just one week to go until the first race of the year, teams are still scrambling for answers. 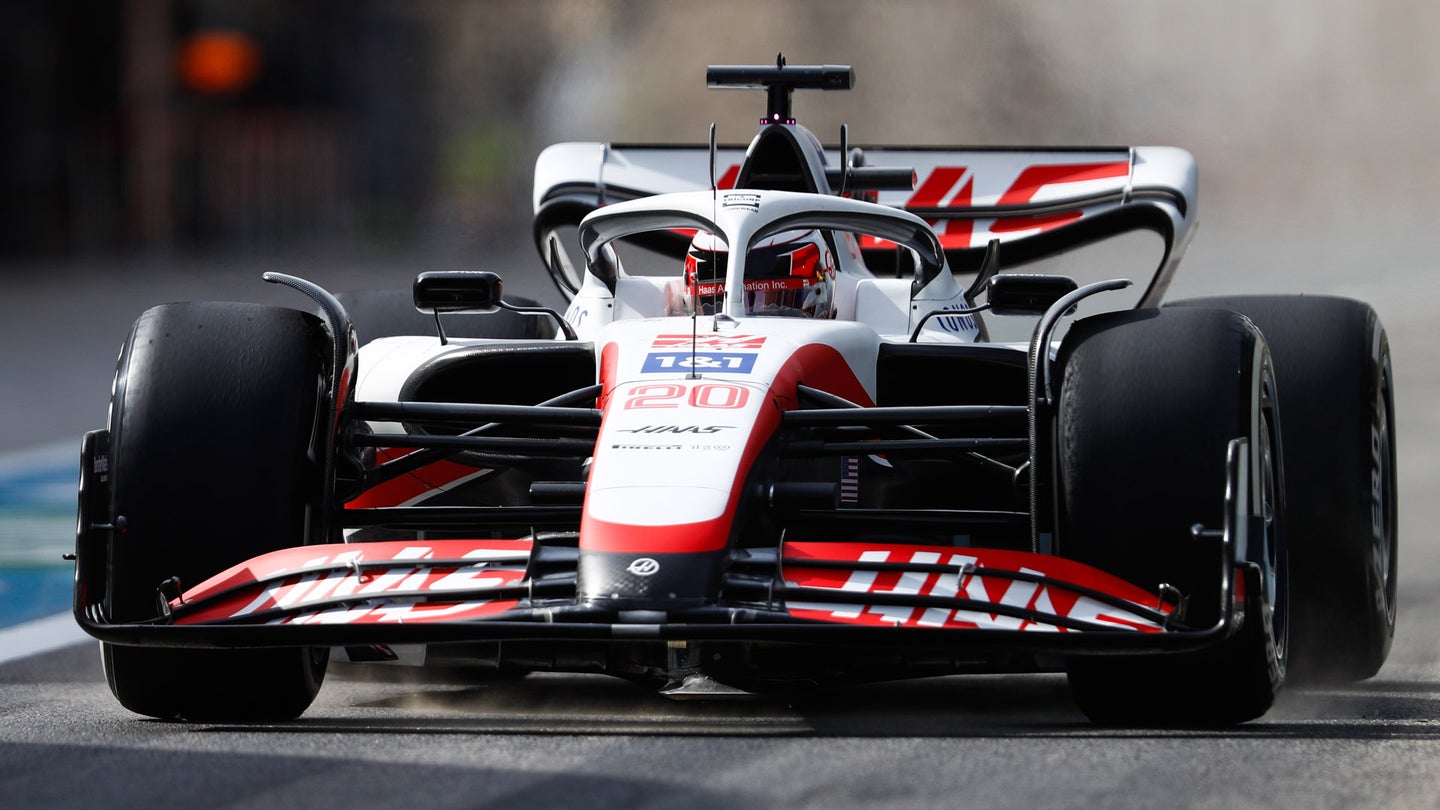 It feels like barely a few weeks since the dramatic end to the 2021 Formula 1 World Championship, but it's already nearly time to go racing again. After completing the final three days of pre-season testing in Bahrain, here's how everything—and everyone—stacks up on the grid ahead of this year's opening race.

Sidepods Are Optional But Drama Is Not

Setting up the next season of Netflix's Formula 1:

Drive To Survive before the racing has even started, Red Bull and Mercedes are already at each other's throats, or more specifically, mirror supports. After Mercedes turned up to Bahrain with a radically reworked car, seemingly having totally removed the sidepods teams usually use for cooling, Red Bull team principal Christian Horner started throwing shade about the component's potential legality.

Meanwhile, Red Bull has brought its own upgrade package, with a final round of new parts fitted to its car in the last testing session. Whether that's what led to Max Verstappen setting the fastest time of all during the final moments of the test or not, it's definitely proof that teams are scrambling for new parts in order to maximize performance ahead of the first race of the year.

McLaren looked incredibly strong during the first round of testing in Barcelona, putting lots of laps on the board and topping the first day's timing sheet. It even seemed like it'd really got its stuff sorted, with George Russell saying Mercedes thought McLaren and Ferrari were the real threats this year.

Now, after the second test, it almost seems the opposite. McLaren wasn't able to put in more than fifty or so laps over the course of two days due to a brake duct problem that was causing severe overheating on the front axle. A new part arrived on Saturday from Woking and Lando Norris was able to put a more serious number of laps on the board without having to get out and push his car at any point, but it still wasn't ideal.

The team hasn't been able to run the equivalent of a full race distance without overheating and Norris says it's not going to be an easy fix. This is a major problem given this was supposed to be the final setup opportunity before cars get homologated this Thursday.

Norris was supposed to be sharing testing duties with Daniel Ricciardo, but the Australian was absent due to what first sounded like a stomach bug, but eventually tested positive with COVID. He's now in isolation and with less than a week until the Bahrain Grand Prix. Alpine has offered McLaren its test and reserve driver Oscar Piastri to step in in Ricciardo's place—who's never driven a McLaren or been in its simulator.

Interestingly, however, McLaren has also just announced it has signed IndyCar driver Colton Herta to a test program with its 2021 car, this year.

Things Are Looking Up for Haas

To some extent, this is very much a case of "it could hardly get any worse," but after Haas' first three days of testing were overshadowed by Russia invading Ukraine and one of its drivers (and main sponsor) being internationally sanctioned, it somehow got even bleaker for the team. A freight problem meant its cars and equipment only arrived in Bahrain on Tuesday night, meaning it missed the first morning of testing.

But things have actually improved for Haas since. Other F1 teams voted to agree it could be allowed an hour of extra running at the end of the Friday and Saturday sessions, and during that, Kevin Magnussen set the fastest lap time of the day. Pretty impressive for a man who didn't know he was going to be suddenly called back up as an F1 driver a week ago.

Compared to the test in Barcelona, Haas has done a lot of running, too. Magnussen and Mick Schumacher put in 95 laps, a huge increase when you consider it only ran 160 over the course of three days in Barcelona.

During Haas' extra hour of running time, when Schumacher was in the car, he set the second-quickest time of any driver during the entire test, a 1:32.241—and did so on the second-softest compound of tire, where Verstappen's fastest time was on the softest compound. That's a heck of a turnaround for 2021's slowest team.

The Gaps Have Grown

Considering the test definitely hasn't gone smoothly for everyone, it still looks like this could be a pretty darned close year of F1 racing. Of course, this is what everyone wants to see, especially after such a big regulation change.

After the first test there wasn't a huge difference in terms of lap times, from fastest to slowest. However, teams seem to have had a lot more problems during the Bahrain test (conditions at Sakhir are much less forgiving than in Barcelona) and something of an order seems to have shaken out.

Not all lap times, of course, are set on the same compound of tire and there's no way to know how much fuel teams have in their cars or what specific testing programs are being run. Verstappen's 1:31.720 is over half a second faster than any other lap time, so it's fair to say the Red Bull was probably in qualifying trim for that, but it's difficult to judge fairly based on what we've seen so far.

After the first test in Barcelona, when teams discovered how severe the "porpoising" effect that's shaking cars under acceleration truly was, a lot of them were really optimistic about how quickly it could be fixed. It hadn't been expected to be that bad based on simulations, and even teams with severe issues, like Alfa Romeo, said the whole thing could be resolved within two or three races.

In all fairness, Alfa does seem to have made a lot of progress on that front. However, McLaren, whose car seems to have it less severe, its fix for porpoising has made the front axle so sensitive to overheating it can't complete a race distance without temperatures getting out of hand. Over at Mercedes, the porpoising is much more severe but its sidepod-less car is running relatively reliably.

Red Bull and Ferrari also have very squirrelly cars and there's no way to not see the bouncing effect if you watch the cars down the straight. Where for the past two decades or so F1 cars have looked pretty much glued to the track surface with nearly supernatural stability, they now look like they're driving over speed bumps.

If someone, somewhere, can engineer a solution that stops shaking the drivers around and causing the car's aero to go wild, as well as be able to complete a full race distance, then that team could run away with the start of the season. But it definitely seems like none of them have, yet.

The 2022 F1 season starts this weekend. Are you ready?