Formula 1 is generally a lot less glamorous and a lot more technical than tv shots of famous athletes and Hollywood celebrities walking a grid might suggest. Every inch of the cars is scrutinized by teams and, well, FIA scrutineers. Making an error with something as simple as how much fuel you put in the car can be completely disastrous—it can even get you disqualified. Engineering anything as complicated as an F1 car is a multi-person job, but some tasks do come down to a single person, such as putting every single drop of fuel, gearbox oil, hydraulic fluid, and anything else viscous into the car.

Near the end of the 2021 F1 season, I had a chance to speak to Stephanie Travers and En De Liow, Lewis Hamilton and Valtteri Bottas' trackside fluid engineers for Mercedes-AMG F1 about their rather unique careers and some of the challenges that arise. These often include working in a shipping container, how sand could sabotage a whole Grand Prix, and also how one of them usually ends up holding a driver's pit board during a race.

"Fluid Engineer" might not sound all that important in the context of Formula 1, but it's actually one of the most crucial roles in the paddock. Employed by Petronas, the Malaysian petrochemical giant that supplies fuel, lubricants, and oils to Mercedes' F1 team, fluid engineers are in charge of making sure everything in the car with a viscosity higher than carbon fiber meets FIA standards and is doing what it ought to be. Whether that's fuelling the V6 or lubricating the steering column, it's all on Liow and Travers to work on as soon as the team touches down for a grand prix weekend.

As far as a typical trackside weekend for a fluids engineer, it's best described in Liow's own words:

"Trackside, our role starts pretty much from Tuesday all the way to a Sunday [of race week], and we do two major areas. One is making sure that all the fresh fluids—the premixed fuels, the system engine oil, and the total functional fluids are in place. That includes gearbox fluids, hydraulic fluids, etc., we've got to make sure that all of that is in the right condition [which is] the conditions that we've validated this product, as set on the dyno and got approval from the FIA.

"So we make sure that everything is in the right specification. And then we fill the [fuel] rigs, fill the cars—that's one portion of our role. The second part is when the weekend starts, when the running starts from Friday, Friday onwards, that's when we take used engine oil and gearbox oil and we analyze the wear metal content in the oil. We also test the viscosity to understand the degradation, both in the fluid and also in the hardware so that helps the team keep track of the life of the gearbox and the life of the engine."

You might be wondering why these very smart people are often doing these complex jobs in things like shipping containers? Travers, who became the first Black woman to stand on an F1 podium during the 2020 F1 season, explained the job is far from all the glamour and champagne.

"The most important thing throughout a race weekend is trying to keep the temperature controlled with the lab and all the conditions controlled," Travers explained. "In Europe, it's a lot easier for us because our lab is within the truck [Petronas motorhomes], so we have air conditioning in there and we set the air con at the beginning of the week, usually around 23 degrees Celsius. As long as whatever temperature we set for the lab remains constant through the weekend, we don't have a shift in the calibration of the machines, which is really important because then you can start seeing too much wear or too little wear and you don't get an accurate reading so it becomes a lot more difficult for us.

"When we go to flyways [when engineers work in trackside buildings instead of their own trailers], we are within a track lab that is the size of an air freight container and it's got glass sliding doors. The doors are an addition this season, which is great to try and control the temperature, but unfortunately, there's no air conditioning on that. So sometimes we struggle in places like Bahrain and the hotter countries that we go to," Travers explained.

"That's not the only issue with trying to build a full trackside lab," she said.  "If there's a sandstorm you get that coming into the lab and that goes within the equipment. So sometimes it's trying to block the vents overnight when we're not using the machines and they don't need to vent out any excess heat, we block those to try and prevent any sand going in."

All the fluids Liow and Travers put into the cars have to be homologated by the FIA before the start of the F1 season and at any point, extremely small samples can be demanded by scrutineers to check that it's exactly the same composition.

"The way they analyze fuel samples is using something called a gas chromatograph, and this generates a kind of fingerprint, a graph across time, that shows you the different intensities of different components," Liow explained. "The regulation states that above a certain magnitude, you can only deviate by 10 percent and then below a certain magnitude it's a small, absolute number like 0.5 percent. So the boundaries are fairly narrow.

"To analyze an engine oil you only need two milliliters of fluid to do it. Even though we take a whole bottle, we only need a really small sample. And for fuel that's even smaller, it's actually one microliter, a thousandth of a millimeter," Liow told me.

Having exactly the same fluids each time is also important for the way Liow and Travers both analyze them, too, as it'll help the team prevent abnormal parts wear and even catastrophic malfunctions. "Every single part of the engine, for example, is made of a different combination of metals. So when we see a particular element is high and we run it through our necessary spreadsheets and let the team know, we can pinpoint where we may have a problem," Travers described.

"It becomes a bit more complicated when it's something that's within the FIA seals, but if it's outside the seals it's something that can easily be changed. It's that trust that we've built with the team, they trust that we've done the analysis correctly and we have open conversations between each other, between ourselves. And that's how they decide whether they act upon it or not.

"To give you an idea of how quickly we kind of go from oil in the car to data on the table, our typical turnaround time for an engine oil sample, for example, is about eight minutes," Liow said. "That's how quickly we can go from what's there in the car to what we can know about it and act upon it. We certainly pride ourselves in tracking not only the sample but also how quickly we can process the samples because time is ultra-valuable. It's beyond money in this sport, it's what we need to try to get an edge here [over the competition]."

I asked them both what the coolest part of their jobs, or what had surprised them the most about working in F1 was. Travers said, "the most interesting aspect, for me, is the fact that we get to physically take samples from the car, that was a surprise to me when I first started. It's just such an amazing feeling to know that not only are you providing the fluids and the analysis, you're also involved in physically handling the car from time to time." 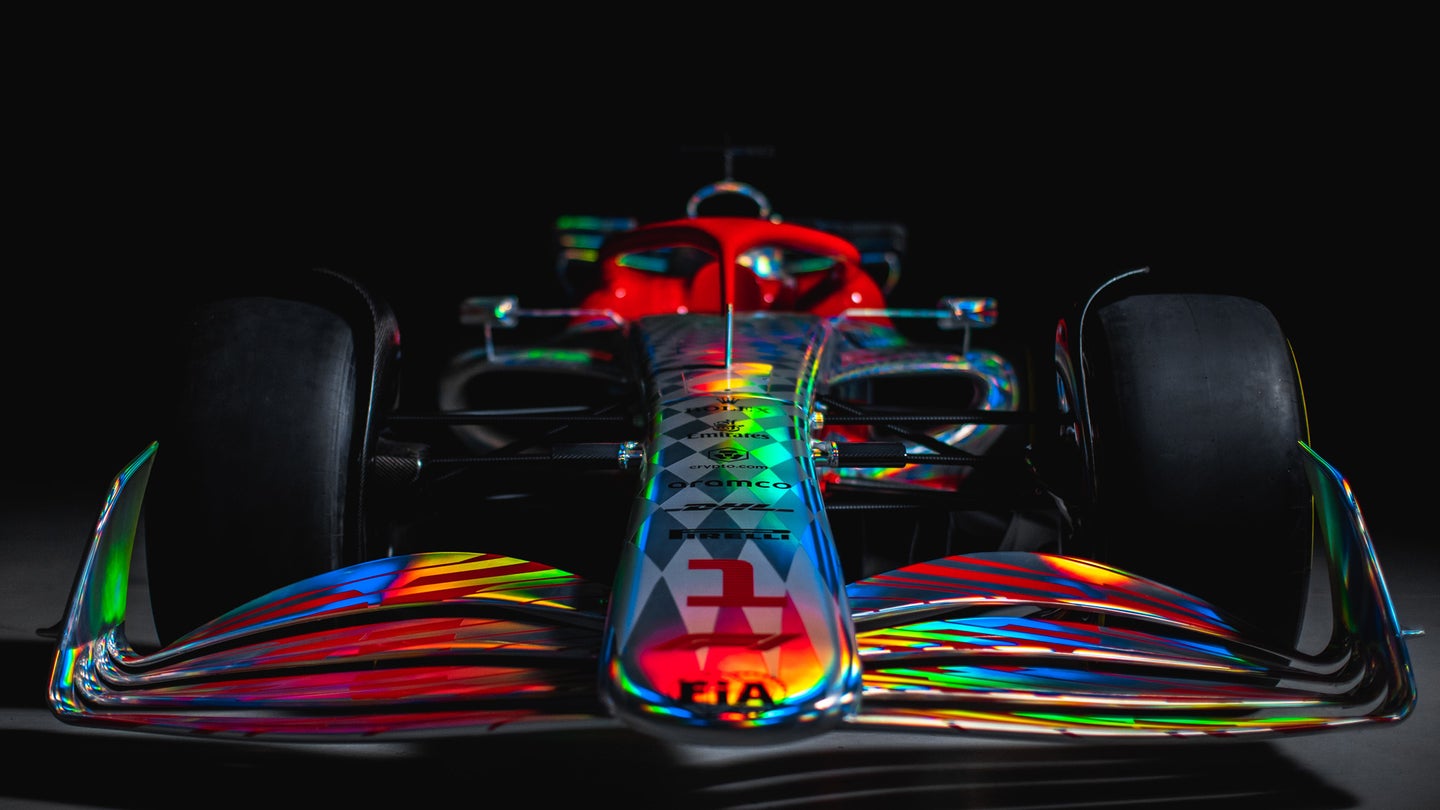 Here’s Why F1 Could Be Even More Unpredictable in 2022

Massive regulation changes and another exhausting race calendar have a lot to do with it. 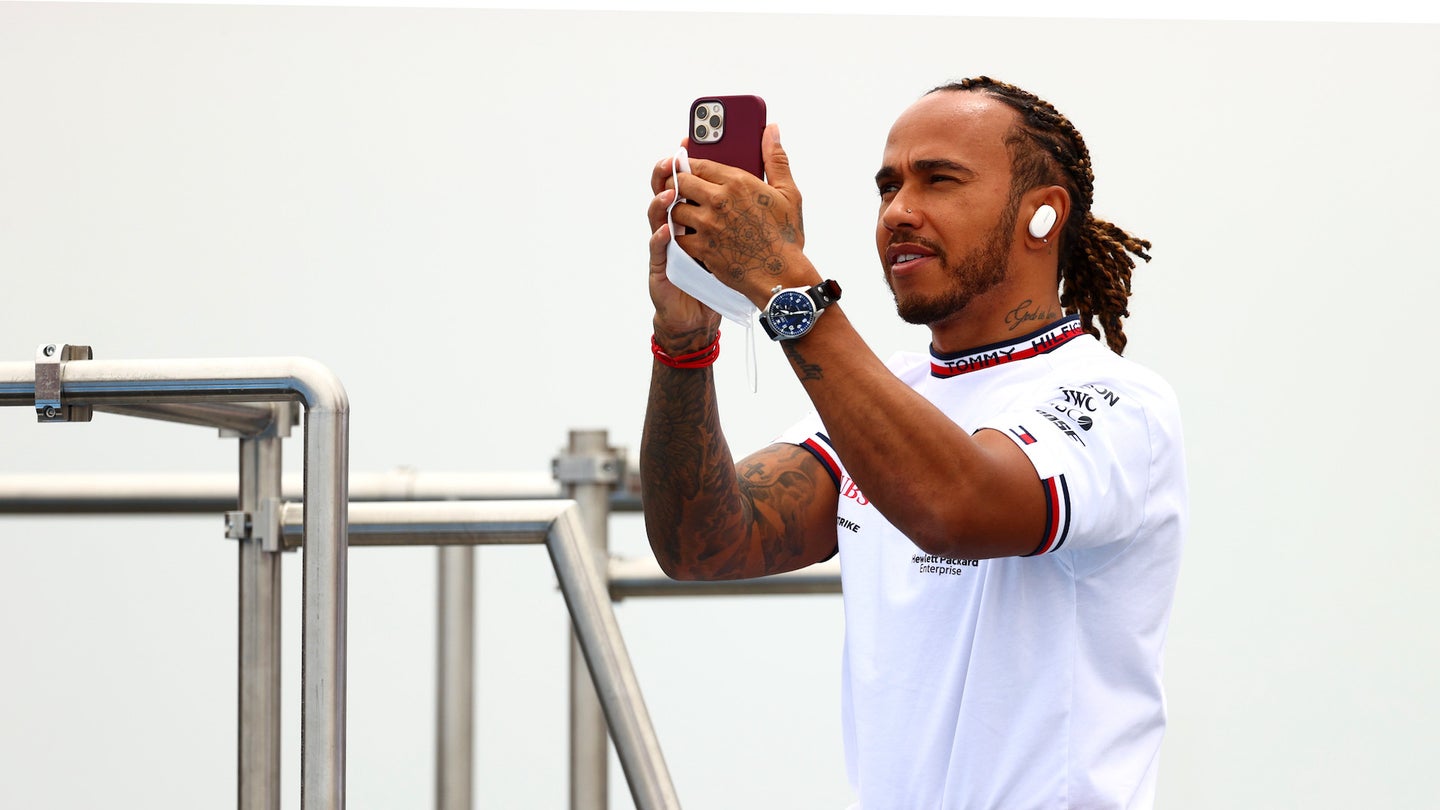 Hamilton’s brother claims the F1 champ “is fine,” but also that “social media can be a toxic place.” 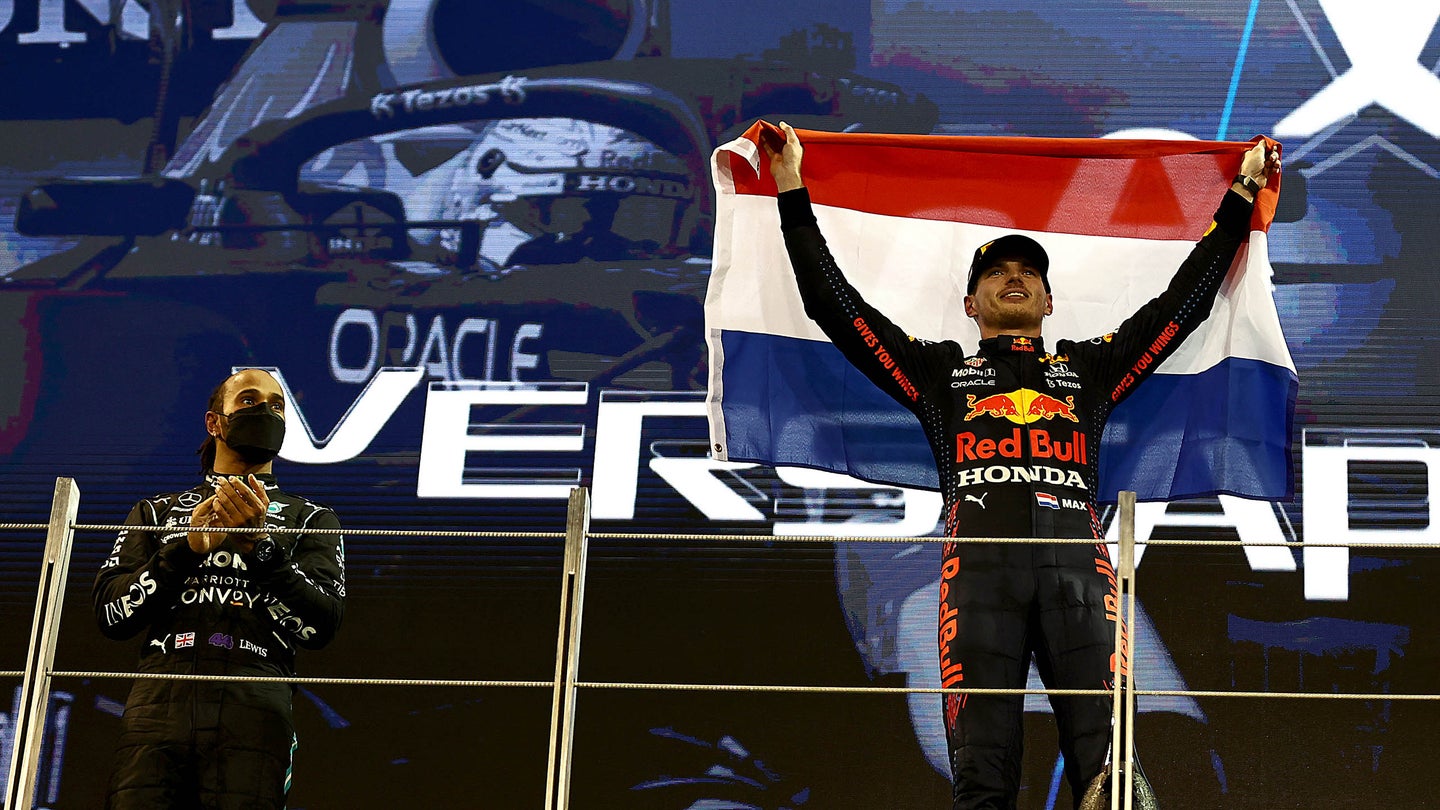