After 15 full seasons and two wins, he will switch to part-time racing and car development. 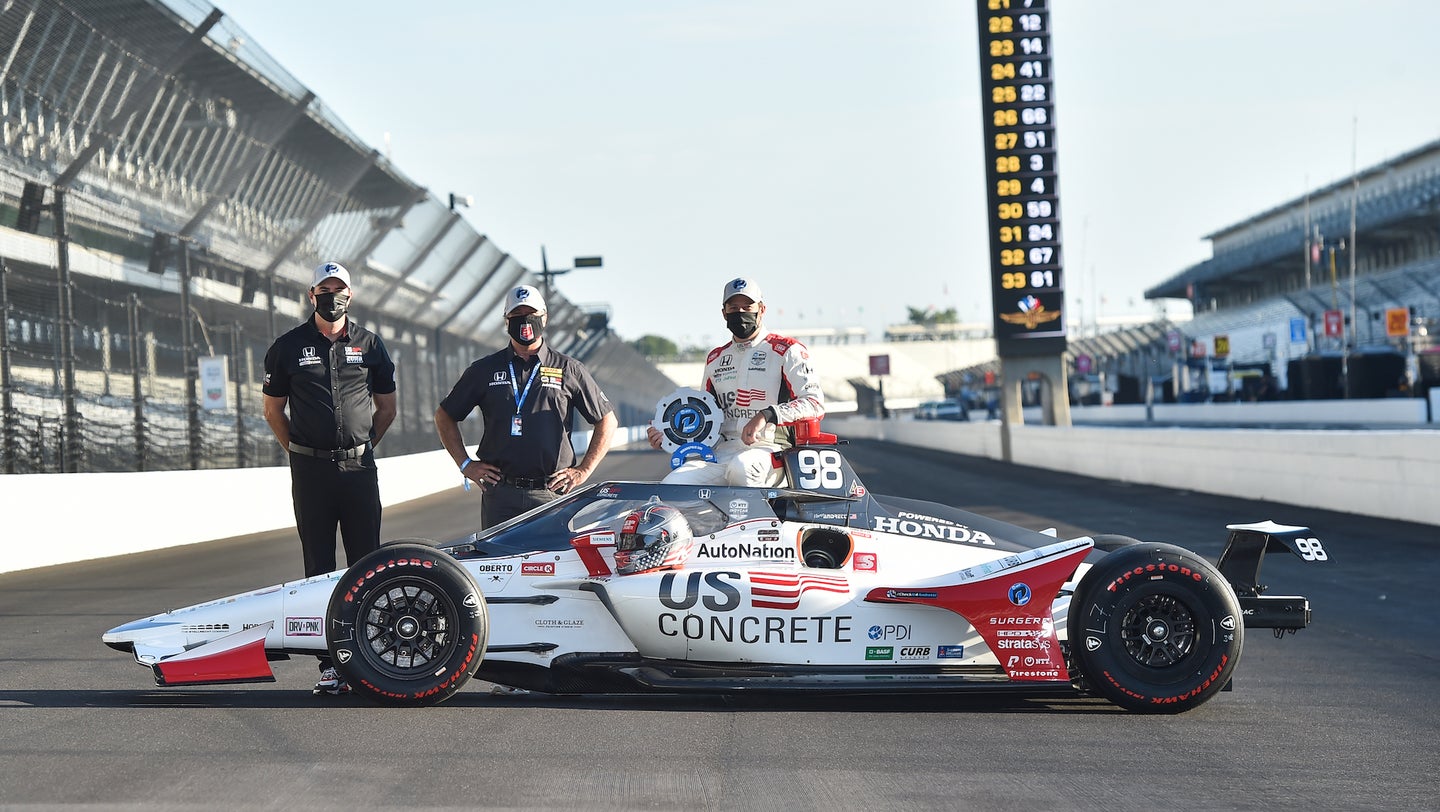 Andretti Autosport announced on Friday afternoon that one of its drivers, Marco Andretti, would be stepping away from full-time IndyCar racing in 2021. As of 2020, the Pennsylvania native has completed 15 full racing seasons, in which he's earned two victories, six pole-positions, and an Indy 500 Rookie of the Year award for his second-place finish in 2006.

According to Andretti himself, he's not retiring from racing overall, but he will take time to reconsider his efforts in motorsport. The third-generation racing driver will mostly focus on assisting Andretti Autosport, the team established by his father Michael and grandfather Mario, with pre-season testing and car development.

"I have made the decision to make some changes to my racing activities and focus for 2021," said Marco Andretti via press release. "I recently shared this decision and the changes that I want to make with my Dad and have spoken at length with him about it. I appreciate his openness and for allowing me the flexibility to map out my own course going forward."

"I also want to do some sports car racing - maybe even get the chance to do IMSA events with my cousin Jarett, which would be a lot of fun for me," he added. "I’ll be looking into other sports car opportunities as well in the coming months and welcome discussions in that regard. Marquee events like the 24 Hours of Daytona, 12 Hours of Sebring, and Le Mans would be on that list for sure.  "

The 33-year-old racer has struggled to deliver over the last few years, with career highlights including just a handful of podiums and most recently the coveted pole position at the 2020 Indy 500. And speaking of the 500, Andretti claims he's still in it to win it with his family's team this year.

"First and foremost, I remain very hungry to win the Indy 500," said Andretti. "It is our biggest stage and the place that I feel I bring the most to the table as a driver. I’ve come close there and am in the mix there it seems each year. Winning the pole there last year was awesome but that isn’t enough - I know that a victory there is in my future so we’ll try to get that done in the coming years. As such, I have committed to and am looking forward to running the Indy 500 with Andretti Autosport this year."

Regardless of how many IndyCar races he contests in this year, one thing will be for sure: not having an Andretti on the starting grid will definitely be weird.