NASCAR driver Kyle Larson was behind the wheel and, luckily, he walked away from the nasty crash.

Anyone who climbs in the cockpit of an open-wheel dirt track car understands the risks involved; that said, crashes are inevitable and oftentimes downright nasty. Kyle Larson is one of the most skilled sprint car and midget racers in the U.S., and he's seen his fair share of calamity, but that didn't keep him out of a nasty wreck Wednesday night. It was then that the 27-year-old driver barrel-rolled more than 10 times while flying down the start/finish straight at Western Springs Speedway in New Zealand.

After Larson placed second in the afternoon's third heat race and winning the fifth, he had taken to the top of the track with just two laps to go. He then appeared to lose control, his high-powered four-cylinder machine tank slapping the wall and sending him into a violent spiral. After pummeling the ground time and again, Larson's midget racer landed on its side.

Larson took a quick breather by laying on the ground afterward but was able to walk away without injury.

Fellow NASCAR hotshoe Christopher Bell crashed in the same spot later on, ending in an aerial act of his own. This put an end to the Oklahoma native's outing as he and Larson were competing alongside other American drivers against rivals from New Zealand and Australia in the United Truck Parts International Midget Series event.

Larson will need to rest up for next month's annual Chili Bowl Nationals in Tulsa, Oklahoma, especially if he wants to beat Bell, a three-time winner in his own right—all consecutive (2017, 2018, 2019). The temporary one-fifth-mile track is currently being built at the Tulsa Expo Center, where a field of over 300 entries will compete for a spot in January 18th's A-Main contest. The 2019 finale was a nailbiter with Larson leading most of the 55-lap race, but Bell overtook for the lead and immortalized his spot amongst dirt track greats like Rich Vogler, Sammy Swindell, and Tony Stewart. 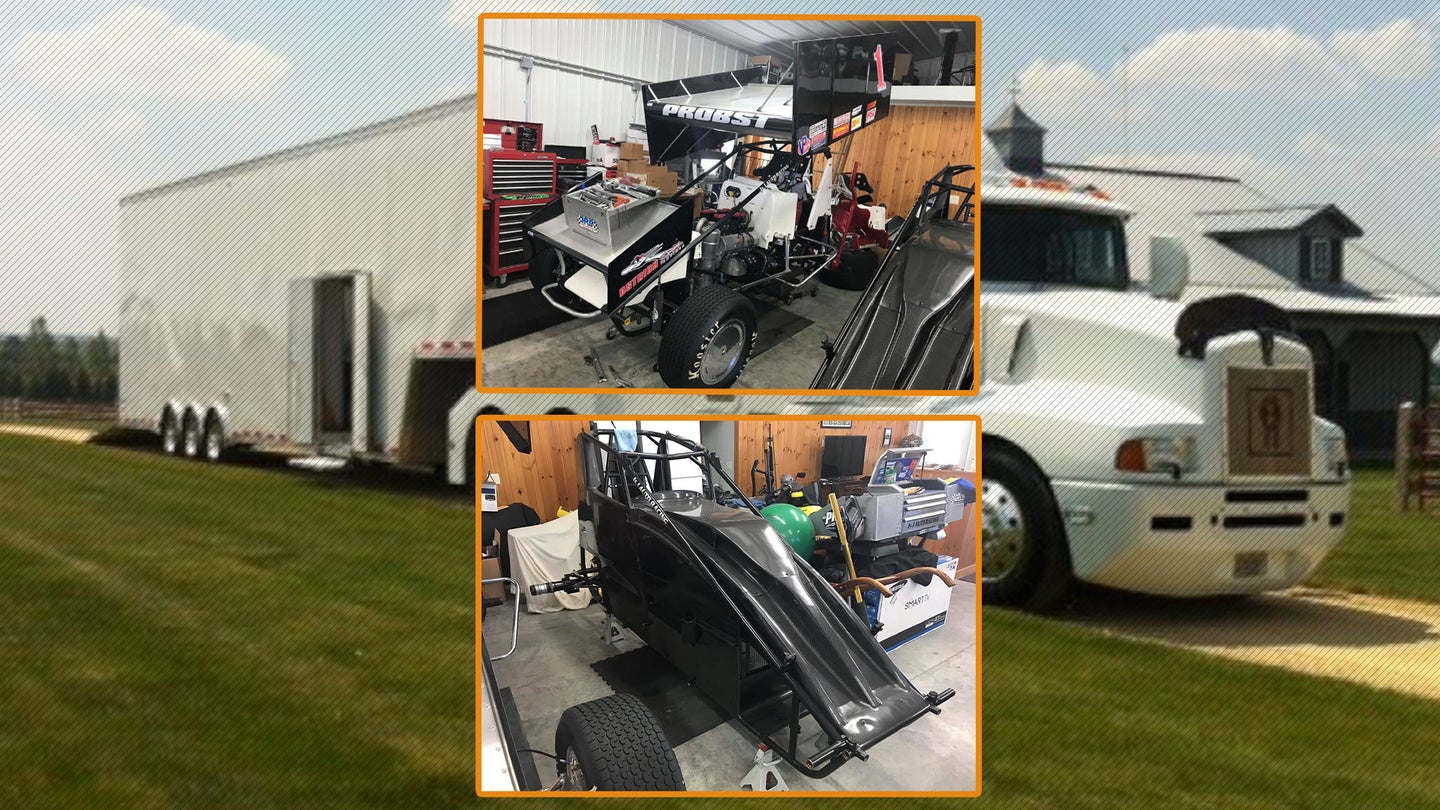 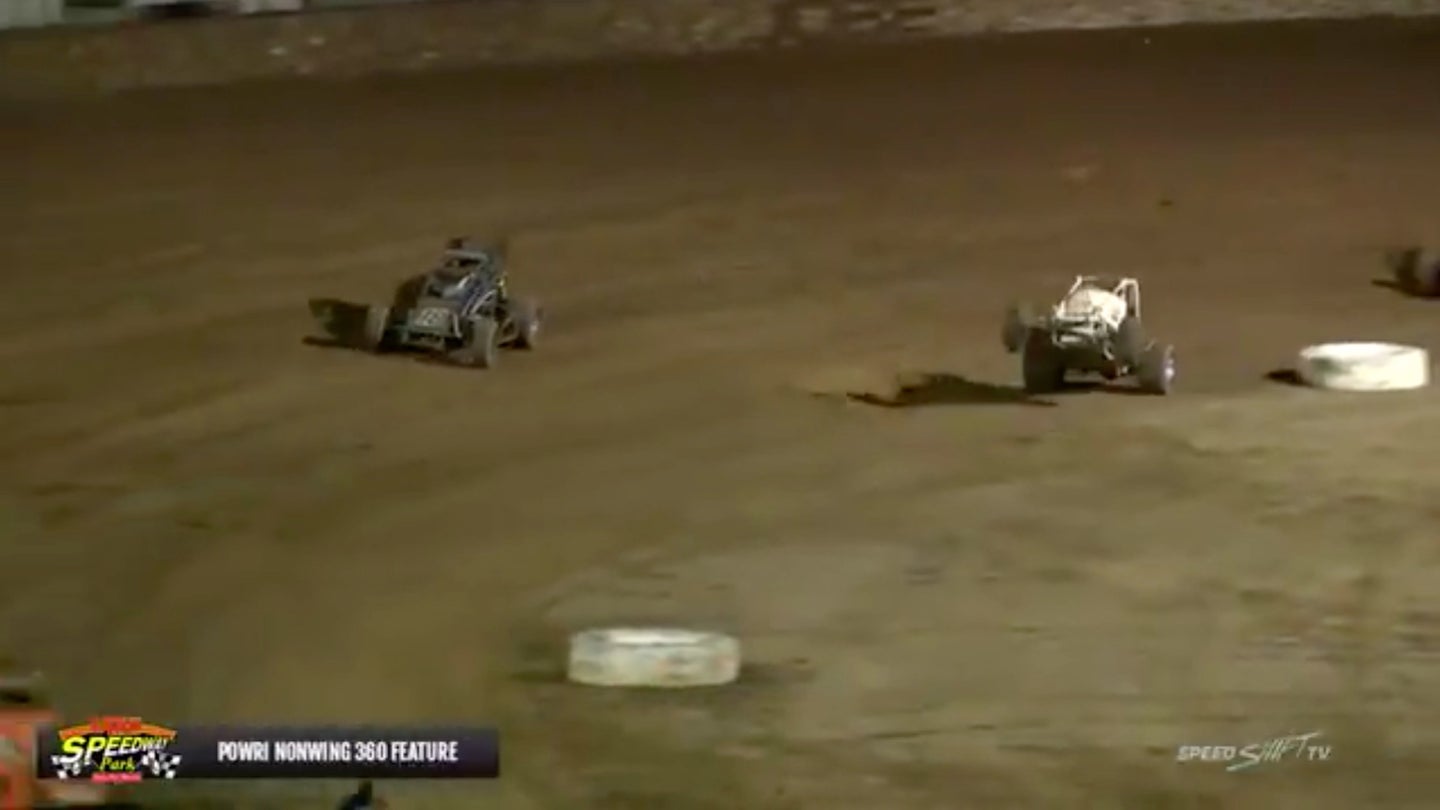 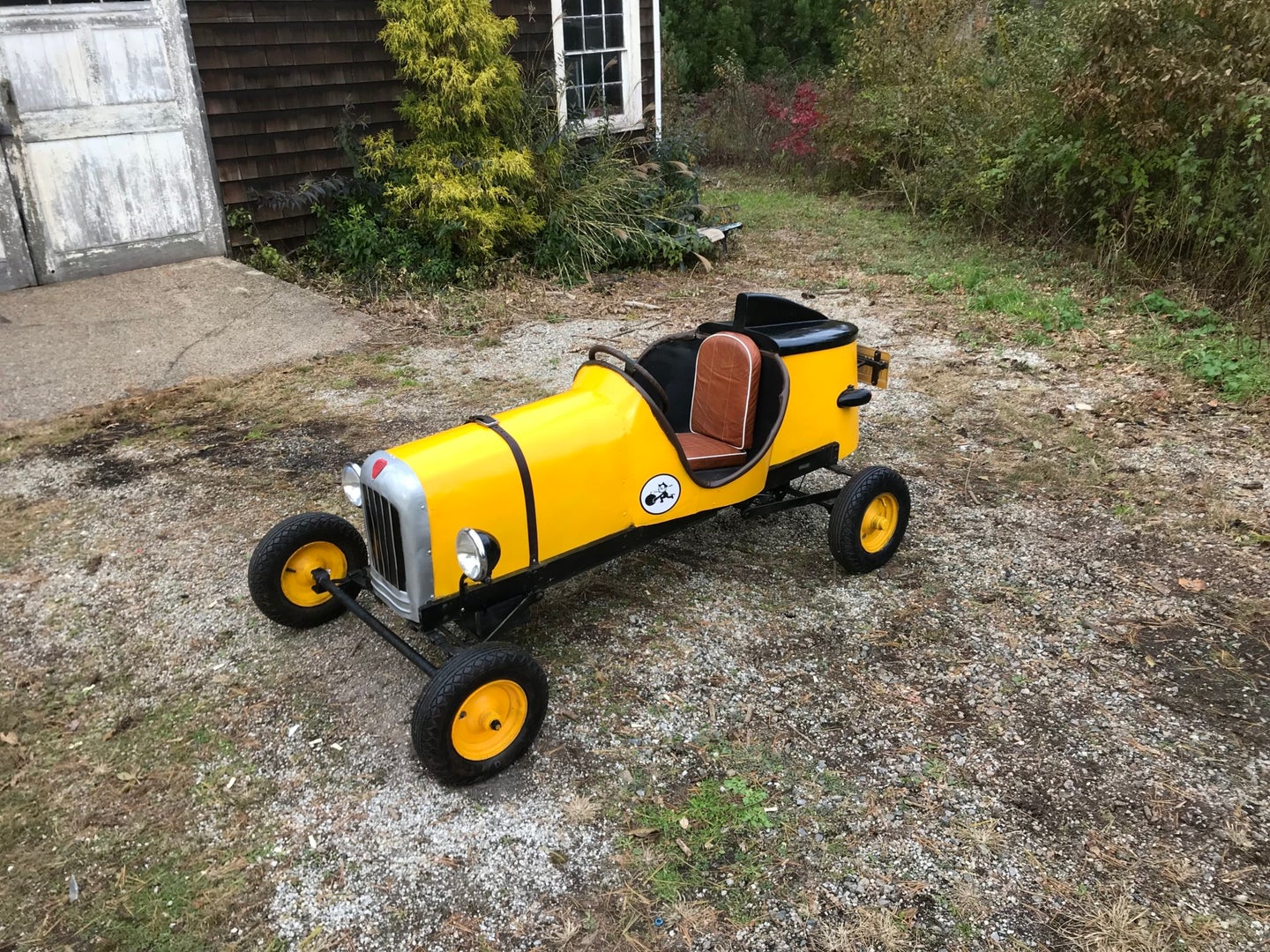 Treat Yourself to This 1946 King Midget, an Original Example of the Mail-Order Microcar

One seat, one cylinder, and a 50 mile-per-hour top speed sound like fun to us. 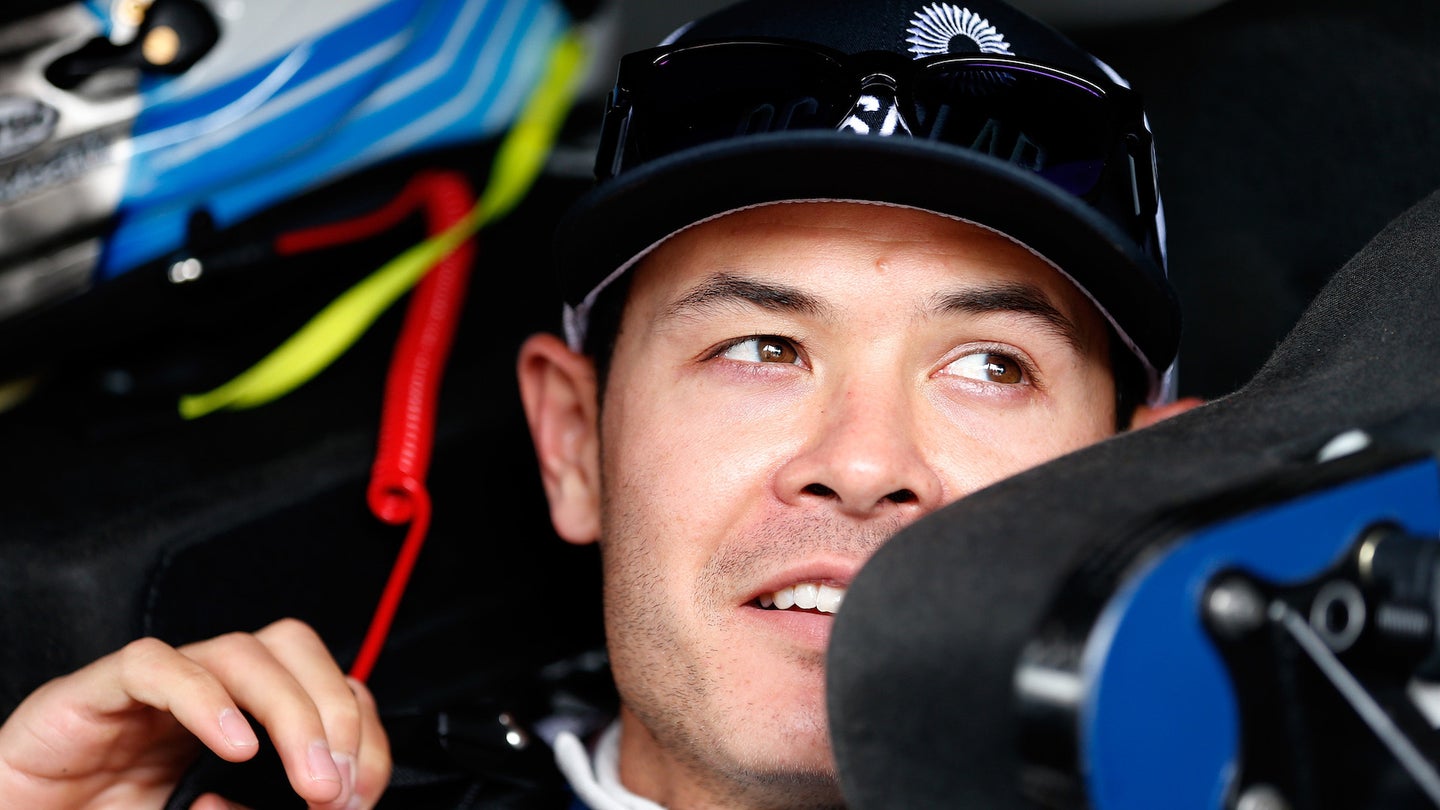 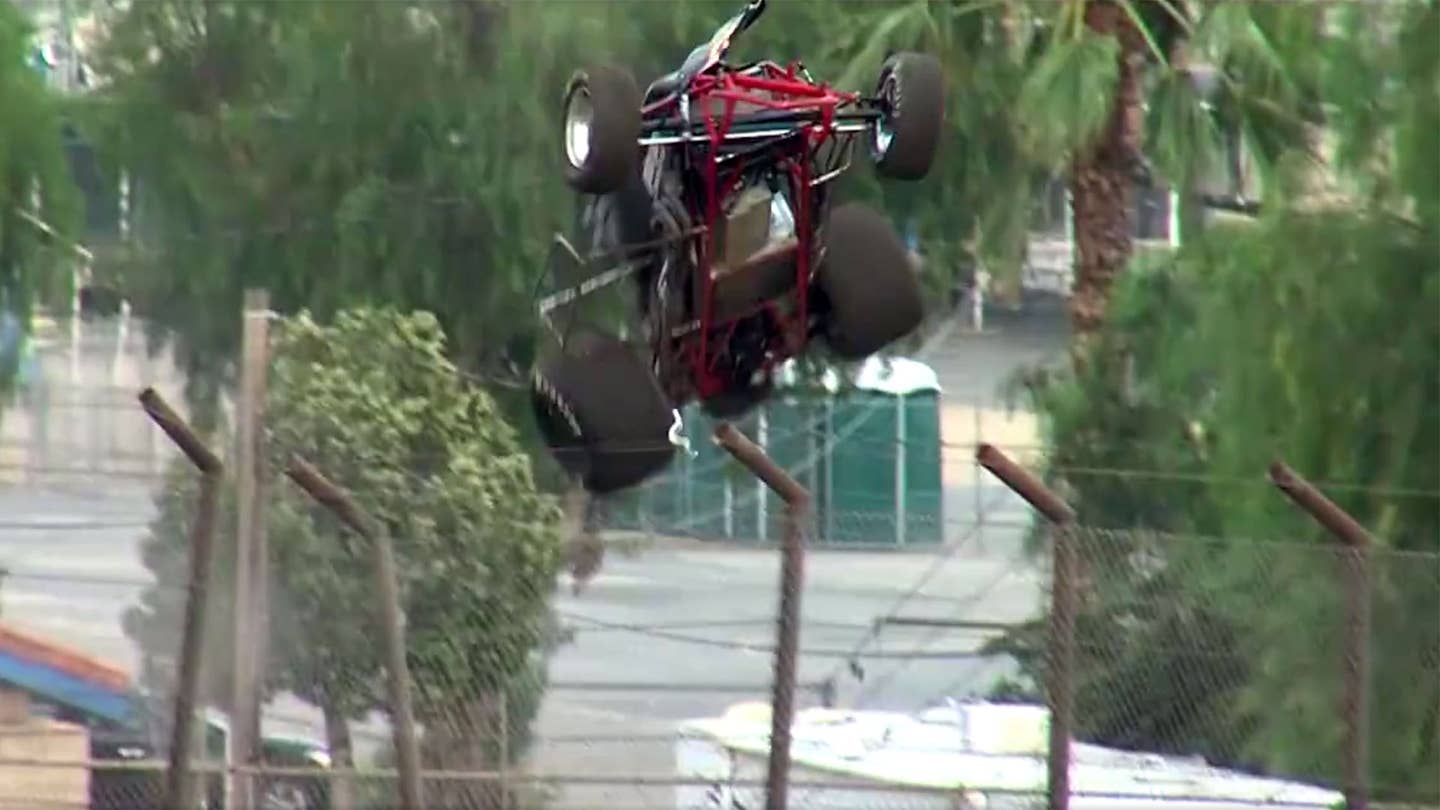