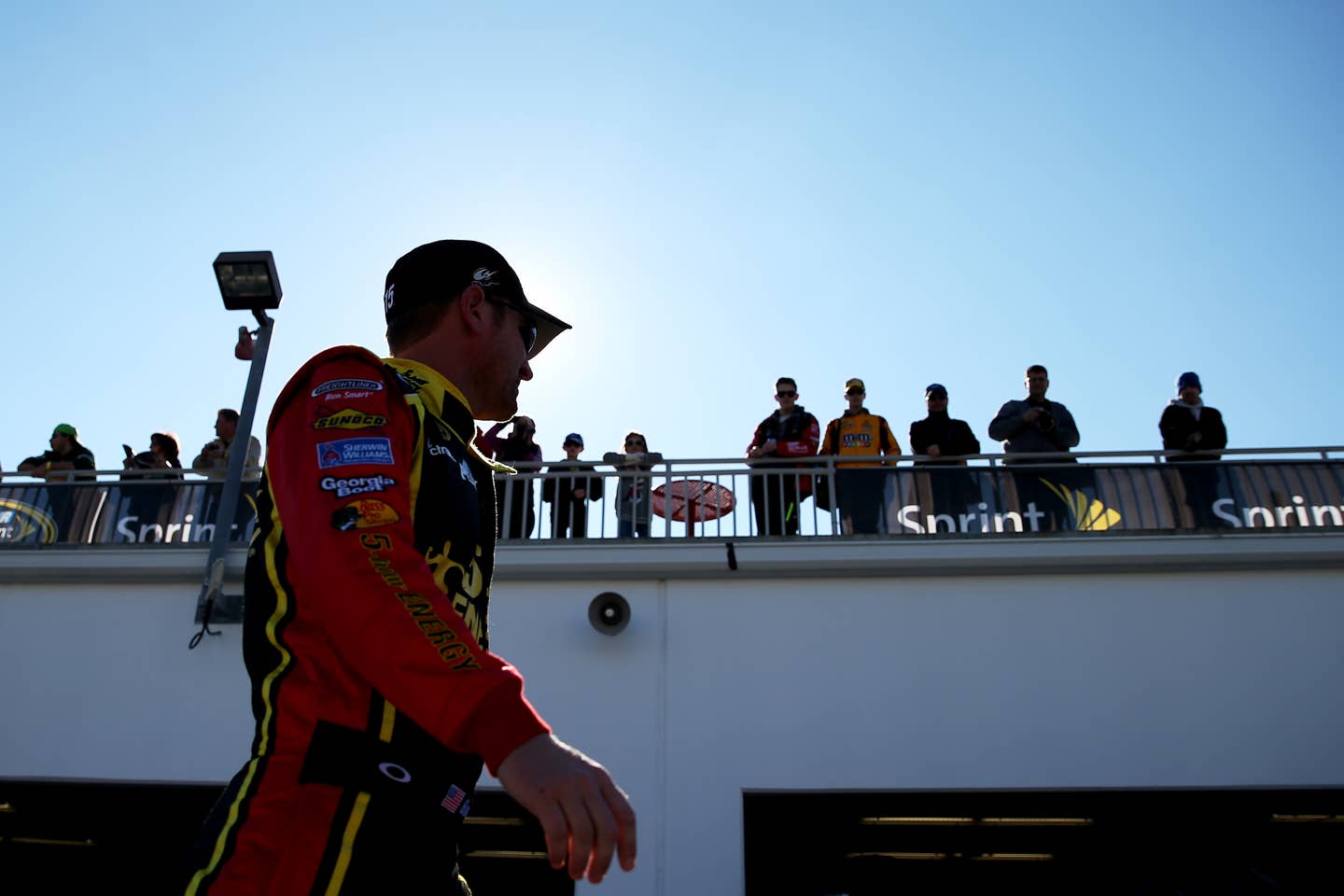 NASCAR Sprint Cup driver Clint Bowyer, who has won about $70 million driving in several NASCAR series since 2004, is miserable. Miserable! Did no one see this coming?

Bowyer, quoted in 2015 saying that was his worst year ever, was driving for Michael Waltrip Racing, which evaporated with the departure of deep-pocketed investor Rob Kaufman, founder of Fortress Investment Group, which had $70.5 billion in managed assets at the end of last year. Kaufman said he was tired of spending championship-contender money on a team that strove to be mid-pack, and pulled his money out of Waltrip’s team, and sent some of it to Chip Ganassi.

Which left Bowyer rideless. Luckily he was hired by Stewart-Haas to replace the retiring Tony Stewart in one of the best cars on the circuit, but there was a problem: Stewart isn’t retiring until the end of 2016, and Stewart-Haas already has the NASCAR maximum of four teams.

What to do with Bowyer, and his valuable sponsor, 5-Hour Energy? Park both of them with HScott Racing for a year. After all, like Stewart-Haas, HScott gets its cars and engines from Hendrick Motorsports. And having a proven winner like Bowyer (eight Cup victories, but none since 2012) aboard will help Bowyer’s less experienced teammate, Michael Annett.

It all sounded liked a great idea, particularly to Harry Scott: “Clint’s personality and enthusiasm for racing is going to be something we are going to welcome to our organization,” Scott said as last season neared its close. “Although he will be with us only for one year, we plan to make the most out of it on and off the track. Our goal next year will be to win races, to make the Chase and contend for a championship.”

So far, the team has fallen slightly short of that. In nine races, Bowyer’s average finish is 27th. He has been openly complaining about his team, but Saturday, he seemed to have boiled over during practice for Sunday’s race at Richmond International Raceway.

According to the Sporting News: “I’ve never been with such a (expletive) unprepared (expletive) team in my life,” Bowyer said on team radio. “It’s a (expletive) joke. No power steering. (Expletive) put this in the truck and go home.”

Sunday, Bowyer battled to a top-40 finish, coming in 33rd, two laps down. It was likely no consolation that teammate Annett finished 36th.

So Bowyer is miserable. He said so in so many words two weeks ago. Does this make Clint Bowyer a (36-year-old) spoiled brat?

Not necessarily, unless you happen to be one of those unfortunates whose annual income averaged less than $5,833,333 for the past 12 years. Those people might be tempted to tell Bowyer to get over himself and drive the car for another six months. They might want to remind Bowyer that he too was once a driver for a young, underfunded NASCAR team, but that wouldn’t be true, because Bowyer started out behind the wheel of a top-shelf Richard Childress Racing Sprint Cup car.

If you have any compassion in your heart for Clint Bowyer, feel free to feel sorry for him the rest of this season.

But we should really feel sorry for his crew.