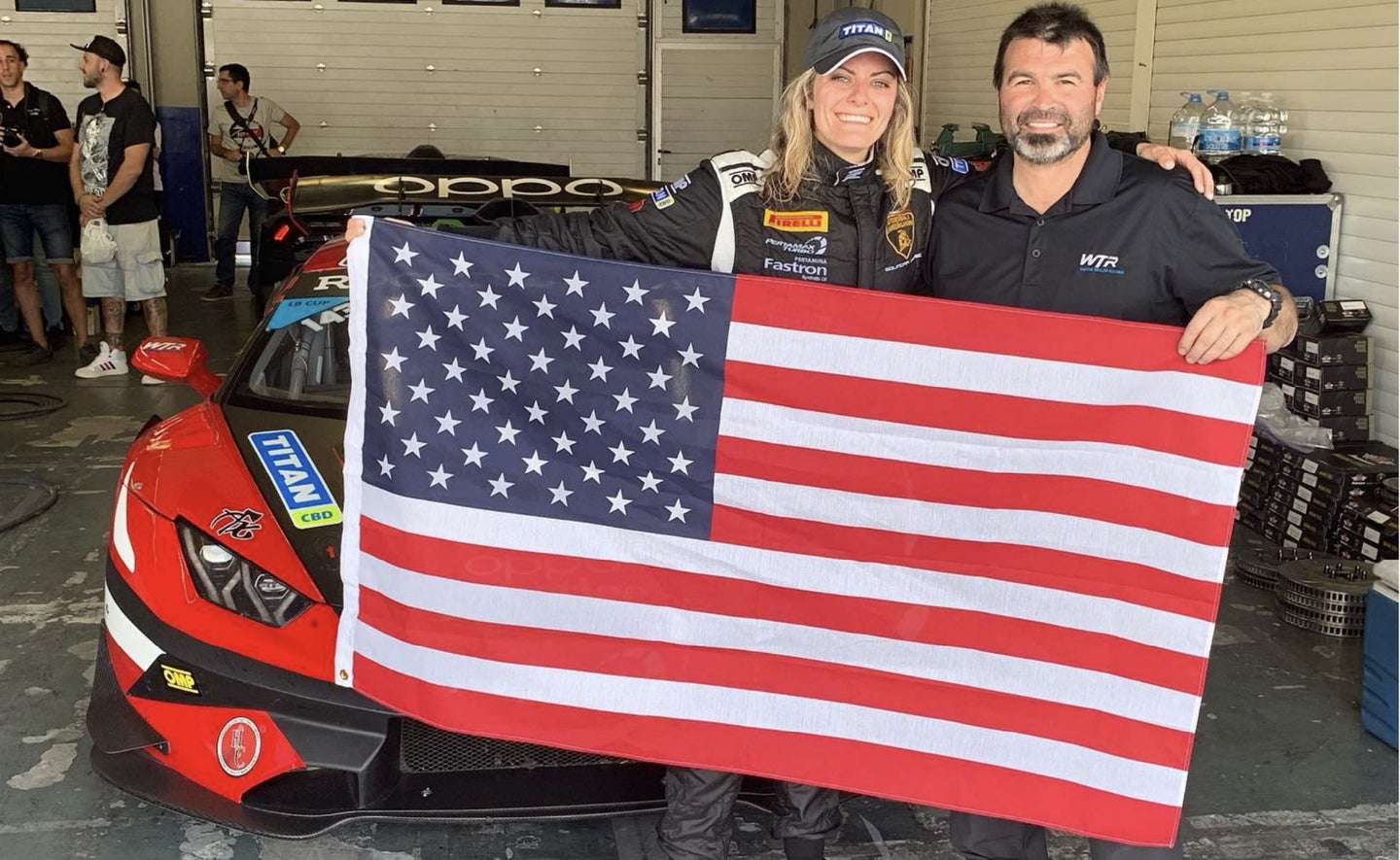 American pro driver Ashton Harrison became the first female to win a Lamborghini Squadra Corse World Final race this weekend at the series' 2019 finale in Spain. She bookended the season by taking victory at the famous Jerez circuit after starting on pole and leading every lap in her Wayne Taylor Racing (WTR) Lamborghini Huracan Super Trofeo.

Harrison is a seasoned pilot who graduated from Mazda's Global MX-5 Cup following the 2018 campaign. Having worked through the grassroots level of motorsports and onto the world stage in short order, Harrison has impressed in the male-dominated sport and earned backing from top sponsors and the championship-winning WTR organization.

The Georgia-based driver outperformed the rest of the field—each of them driving cars identical to Harrison's—after finishing runner-up in six of 12 races this season. Considering her recent experience in tiny 1.6-liter MX-5 Cup cars that produce just 155 horsepower, Harrison's showing during her first season at the wheel of the 610-hp V-10 Lamborghini is all the more extraordinary.

“Finally, the day has come! Our Wayne Taylor Racing, Prestige Performance Lamborghini was the fastest it has been all year," Harrison explained. "So finally, we got to take home that first place trophy and officially become the first female to win a World Championship race. Harrison Contracting has been with me my entire career and I finally get to put this trophy on the stack with everything. I am happy to get my first race win in the last one of the year.”

Harrison is yet to confirm any racing plans for 2020, although this victory should help her to continue competing in top-level equipment.

Six drivers went into the season finale with a chance at the championship, but after mega battles and even heartbreak, only one emerged victorious.