The Dutchman's P1 finish marked the first win by a team not named Mercedes this season. 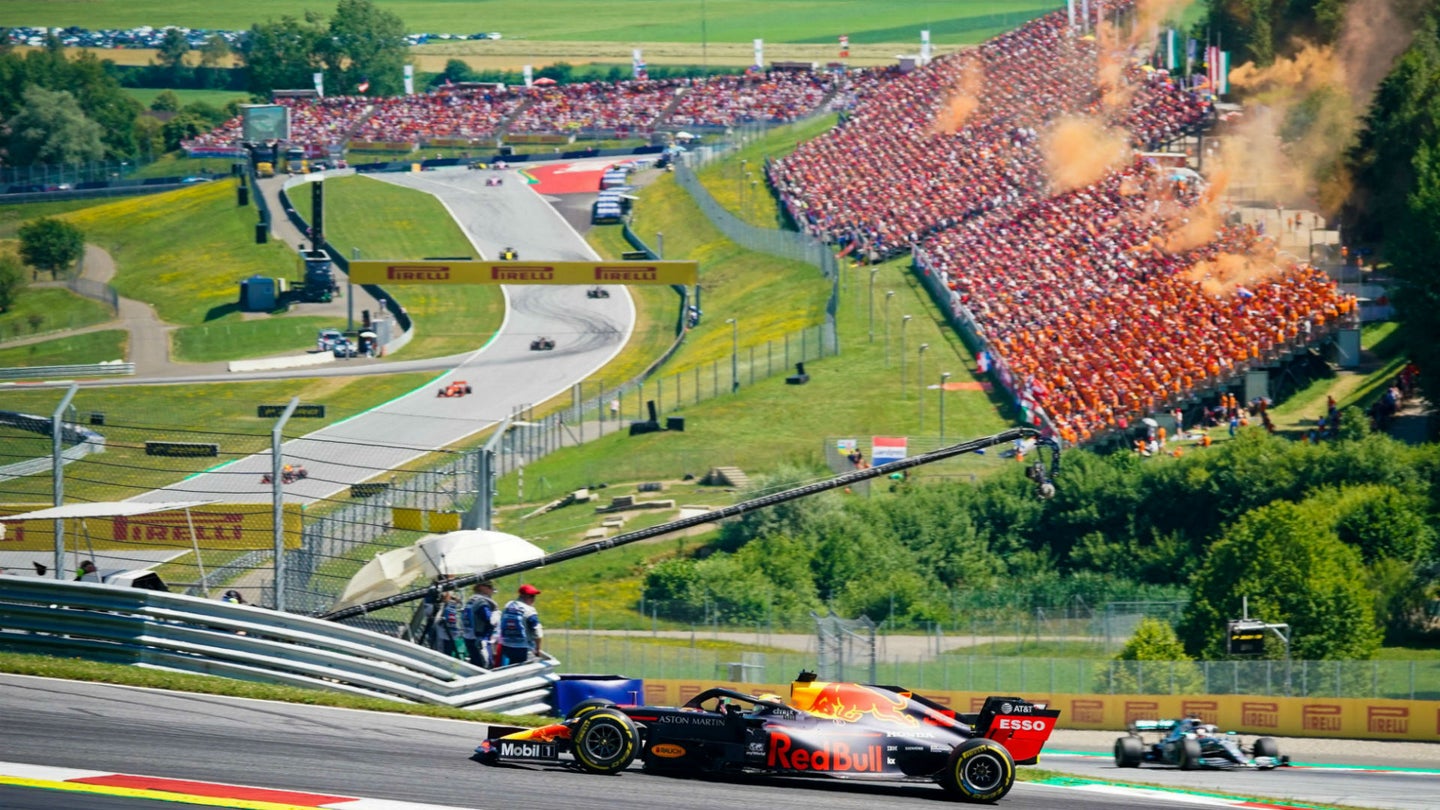 Sunday's running of the Formula 1 Austrian Grand Prix was a scorcher with temperatures rising at the Red Bull Ring and pressure building on Mercedes-AMG to uphold its season-long winning streak. With a Ferrari at the hands of Charles Leclerc on pole and a hungry Max Verstappen lining up alongside him on the front row, the two made for the most heated battle of the day which eventually resulted in the latter claiming a win for Red Bull in its home race—but not without a dash of controversy, first.

Running on opposing strategies, Verstappen pitted early after a disastrous start for a set of hard compound tires while Ferrari opted to fit softs to Leclerc's later on. This should've allowed the Maranello-based team to have superior grip and, therefore, quicker lap times despite having to watch out for higher degradation. Even then, though, Verstappen stayed in the fight comfortably in P2 while Valtteri Bottas, the top-qualifying Mercedes, was in a distant third.

Leclerc continued piecing together relatively quick lap times, relying on his Ferrari SF90's straight-line speed to make up for what it lacked to the Red Bull RB14 in the corners.

With just 10 laps remaining in the 71-lap contest, Verstappen was given the go-ahead via team radio to push for the lead. A once-sizable gap of nearly 10 seconds dwindled with every passing trip 'round the 2.68-mile circuit and with five laps to go, Verstappen was within drag reduction system (DRS) range. The 21-year-old plunged to the inside of Leclerc in a mighty attempt for the lead, but he lost out once the two rivals approached a long straight.

However, on the next lap, Verstappen made it stick by taking to the inside of Turn 3 and going wheel-to-wheel with Leclerc. The young stars collided and the Ferrari ran wide off-track, sparking an investigation by race control.

Verstappen held position until the end of the race and completed his mighty comeback with Red Bull team principal Christian Horner elated on the pit wall.

“Overall the race was good, in the end had a bit more degradation than I thought and Max came back,” Leclerc said. “On the incident, I’ll let the stewards decide but for me, it was pretty clear in the car. I don’t know how it looked like from the outside.

“I don’t know (that it was unfair). I was on the outside, like the lap before—the lap before was completely fine; he left the space for a car width on the exit of the corner but he didn’t on the other lap so we touched and I had to go wide, and then obviously I didn’t have any chance to pass back so it’s a shame.”

The stewards deemed Verstappen's move legal and, as a result, he claimed his second consecutive Austrian Grand Prix victory at the energy drink giant's home track.

“It’s hard racing — otherwise we have to stay home,” Verstappen said. “If those things are not allowed in racing, what is the point of being in F1?”