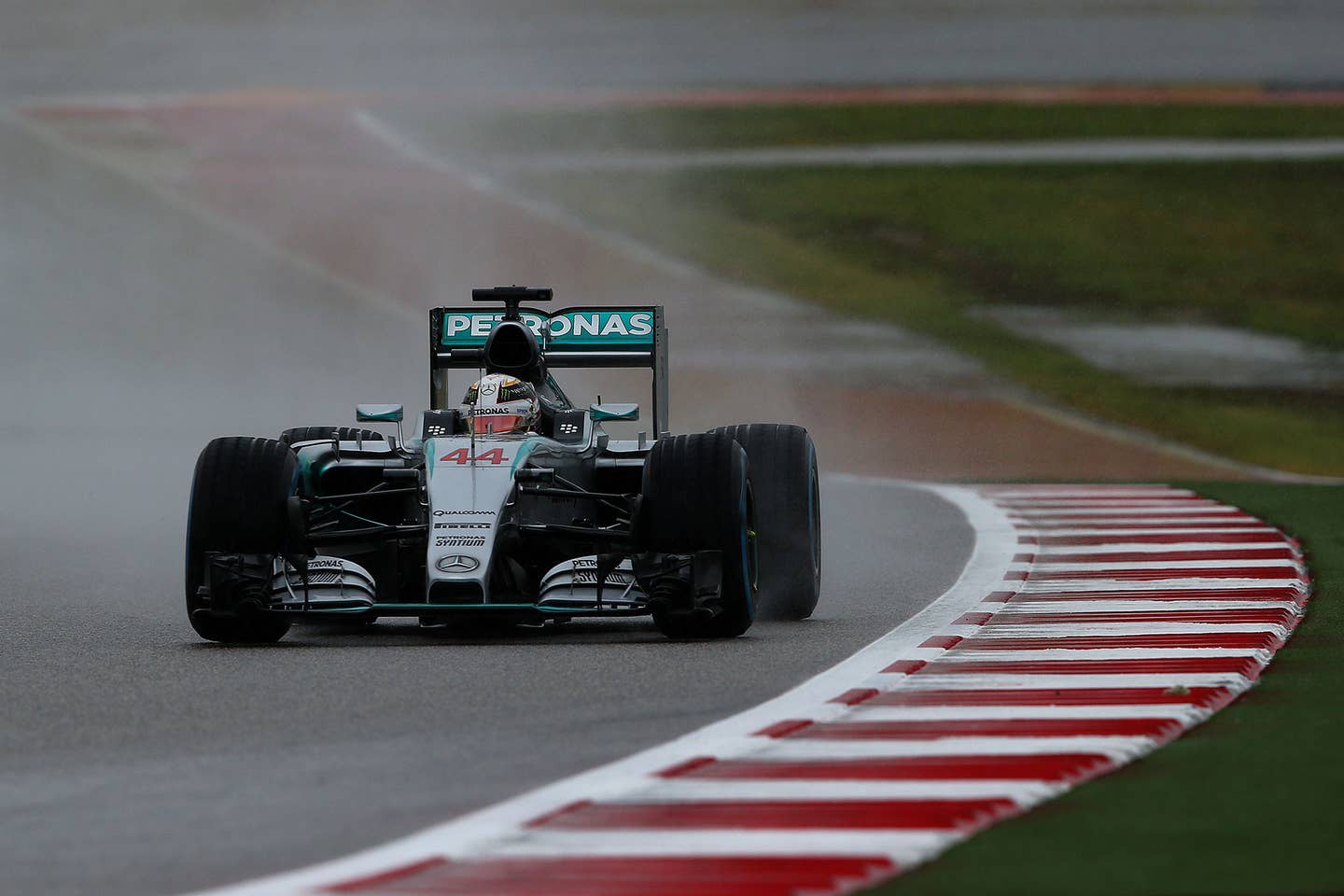 The outcome of the race was by no means certain halfway through the sometimes chaotic 56-lap race. Red Bull Racing's two drivers, Daniel Ricciardo and Daniil Kvyat, traded early leads with Hamilton and his teammate Nico Rosberg, and Ferrari's Sebastian Vettel battled his way through a 10-spot grid pentaly to his now-familiar finishing spot of third.

Before the end of the race, Vettel pressed the Mercedes drivers, especially Nico Rosberg. But in the end, the Ferrari was no match for the Mercedes power, which dominated the 3/4-mile long back straight at the Circuit of the Americas. With his third championship, Hamilton becomes the most successful British driver in the history of Formula 1 racing.

This is Hamilton's third year at Mercedes AMG Petronas after spending his entire career under the stwewardship of Ron Dennis and Team McLaren. There are three more races in the Formula 1 schedule, next weekend in Mexico City, followed by Brazil and the season ender in Abu Dhabi. Just 20 driver points separate Rosberg and Vettel, who will be locked into battle for second place in the driver's championship.