It will go down to the wire at the Brickyard 400 at the Indianapolis Motor Speedway. 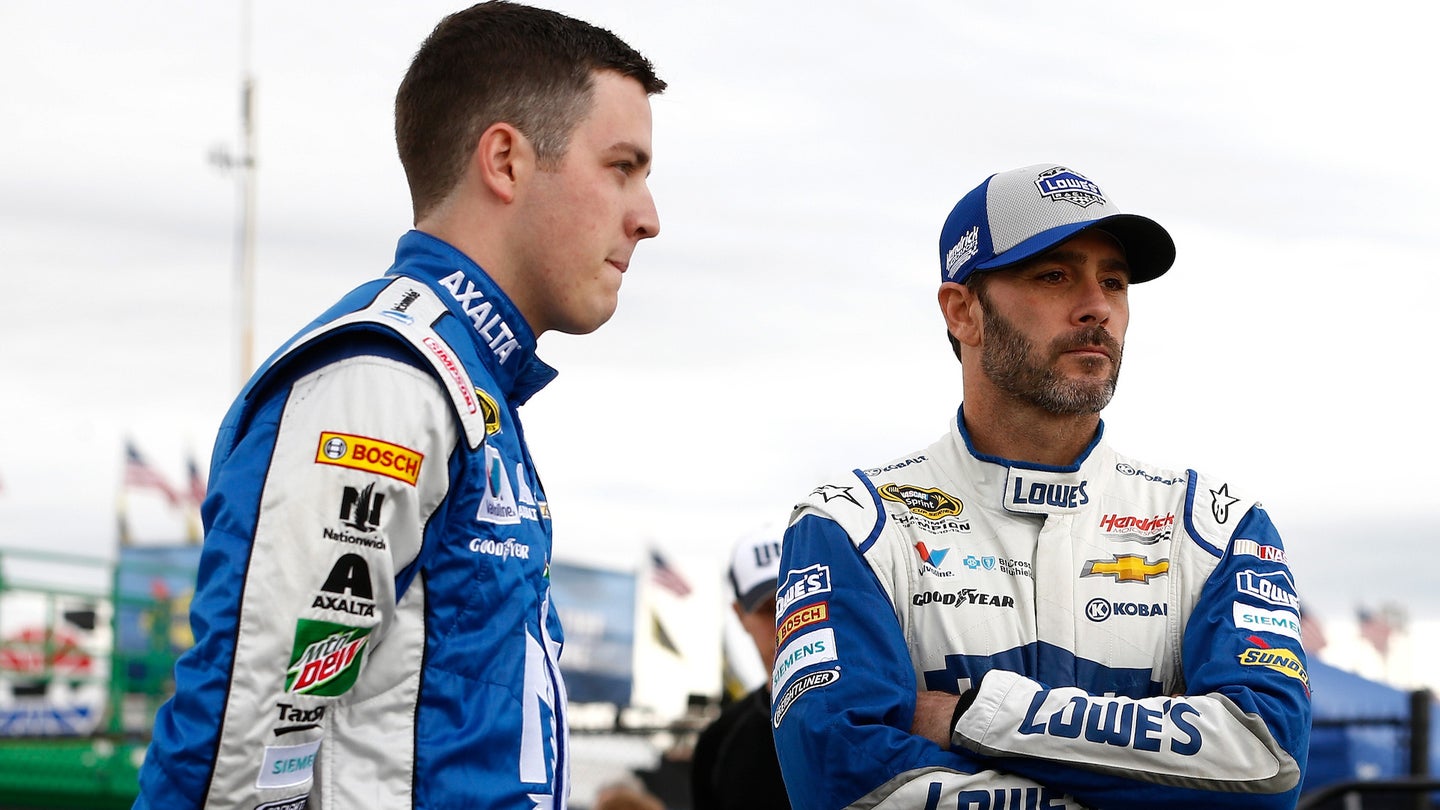 Hendrick Motorsports teammates Jimmie Johnson and Alex Bowman are positioned to take the two remaining berths of the 2018 Monster Energy NASCAR Cup Series playoffs at Sunday’s Brickyard 400 at the Indianapolis Motor Speedway, which is the regular season's finale.

Neither Johnson for Bowman have won in 2018, and if neither wins at Indy, the 14 drivers already in the playoffs are the HMS teammates. If a driver who has already clinched a spot in the playoffs wins the Brickyard 400, Johnson and Bowman will take the last two playoff berths regardless of how they finish the race at Indianapolis. If a different driver takes the victory it would mean doom for Johnson or Bowman, provided the new winner is a full-time Cup Series driver in the top-30 of the points standings.

Johnson has an advantage in the form of a 19-point cushion if the final playoff spot boils down to a battle among teammates. He’ll make the playoffs to battle for a record-breaking eighth Cup as long as Bowman doesn’t out-point him by 20 points on Sunday. Bowman will have chances to erase Johnson’s cushion at the end of each of two 50-lap stages [up to 10 points for a stage win] and by race-finishing position, as each position is worth one more point than the one behind it.

"There is no need to flip out now,” Johnson said after losing 13 points to Bowman in the Bojangles’ Southern 500 at Darlington Raceway. "We will keep working hard. There is no quit in myself or this team.”

Hendrick Motorsports is the defending winner of the Brickyard 400, but that win came courtesy of Kasey Kahne who is no longer with the team. Johnson has more Brickyard wins than any other active driver with four total.

Also, Kyle Busch is likely to be crowned the 2018 regular-season champion at Indianapolis. He heads into the race with a 39-point lead over second-place driver Harvick, even though Harvick has a series-leading seven wins to Busch’s six. Twenty-two points scored by Busch in the Brickyard 400 would guarantee him the regular-season title, even if Harvick wins both stages and the race.

"We’ve run well there the past couple of times,” Busch said. "We haven’t qualified well, though, and I think we need to focus on qualifying when we get there. If we can do that, we will be a heck of a lot better off for the race with our M&Ms Caramel Camry.”