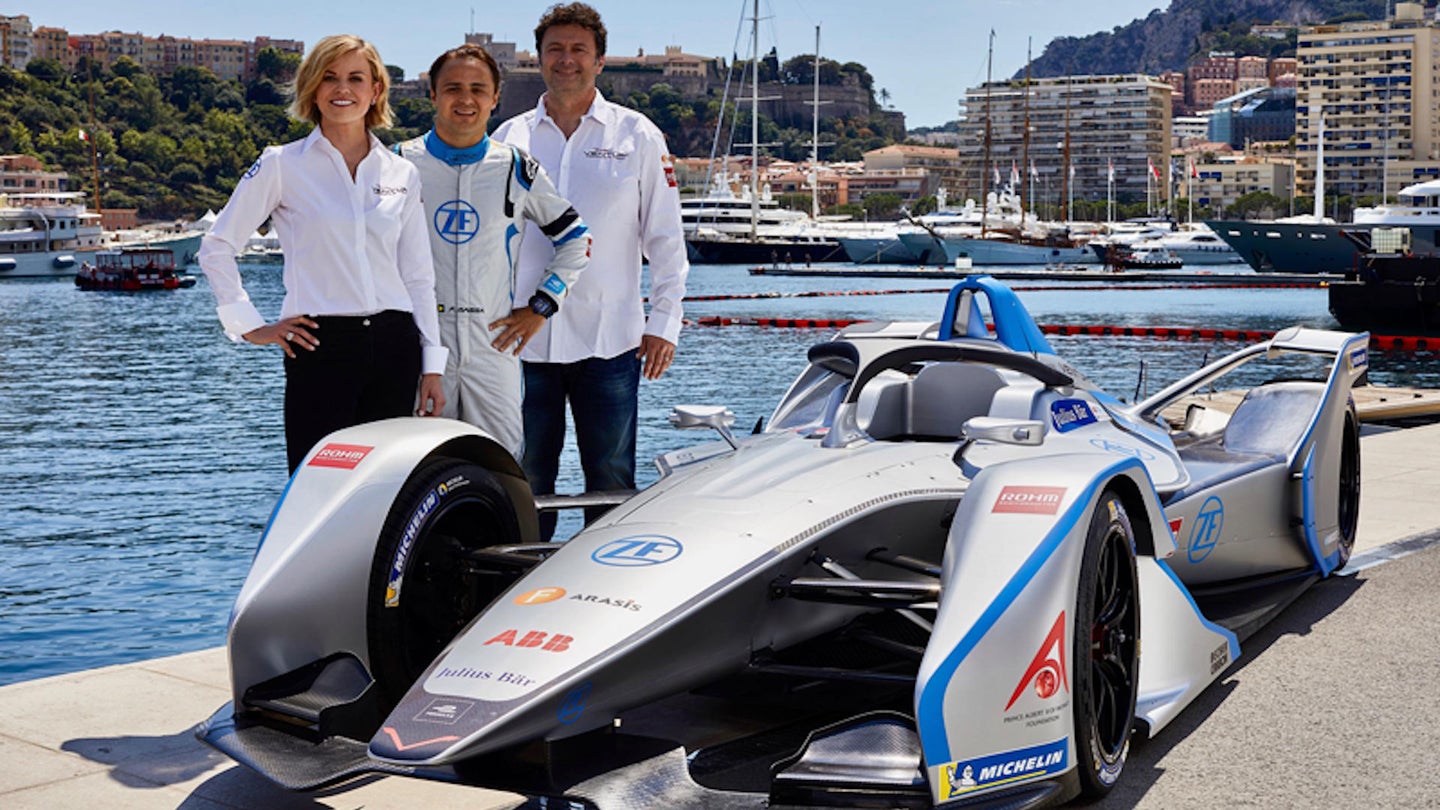 Susie Wolff, one of the leading women in global motorsports, has been named team principal of the Venturi Formula E racing team. The leadership change will take effect immediately, which means that Wolff's first race weekend will be the New York City double-header in July.

The Monegasque racing team introduced its new team boss via Twitter, where a video featuring Wolff quickly racked up views and was picked up by the media shortly thereafter. Venturi CEO and founder Gildo Pastor and future Venturi racing driver Felipe Massa were present with Wolff at the time of the announcement. The video itself was filmed on a yacht in the Montecarlo Harbor—because Monaco.

Wolff, who has a lengthy background in the world of motorsports both behind the wheel and in the business side of things, will also be a major shareholder of the Venturi team in addition to being the racing division's boss. It's worth mentioning that her husband Toto Wolff is the principal and CEO of Mercedes-AMG Petronas Motorsport. He also has 30 percent ownership of the leading F1 outfit in addition to being an investor in other racing ventures including the Williams F1 team.

A Formula E spokesperson confirmed to The Drive that Wolff is the first-ever woman to be team principal in the history of Formula E, making today's announcement not only important for the racing series, but for women in motorsports across the world.

“When I decided to stop as a professional driver in 2015, I knew that I wanted to continue with the challenge of competitive racing, just not behind the wheel," said Wolff. "You can’t just switch off your competitive instincts when you stop driving and that determination and desire to achieve still burn brightly inside me. I took time to carefully decide the right direction for that challenge and I have now found the perfect next step, with the opportunity to become both a shareholder and Team Principal of Venturi Formula E Team."

With more manufacturers such as Nissan and Porsche coming into Formula E in addition to drivers like Felipe Massa and Nico Rosberg getting behind the wheel of the Gen2 FIA Formula E race car, it's easy to see why sponsors and investors are taking a deeper look at the electric racing series, which is quickly earning a reputation for being a mover and a shaker in the global motorsports scene.

"I’m really looking forward to working with Gildo [Pastor, CEO], who is rightly recognized as a pioneer in electric automobiles and who saw the potential of the series from the very beginning," added Wolff. "He has built a strong team that has earned its place on the Formula E grid and features many talented people who I’m excited to work with."

Wolff continued, "Formula E is the perfect environment for this step into team management: it is full of potential, breaking the mold for traditional racing series, and the series is enjoying an exciting phase of expansion at the moment. I can’t wait to begin this next chapter in my racing career and to tackle all of the challenges ahead.”