When Enea Bastianini crashed right in front of him Kornfeil didn't see a wreck; he saw a ramp. 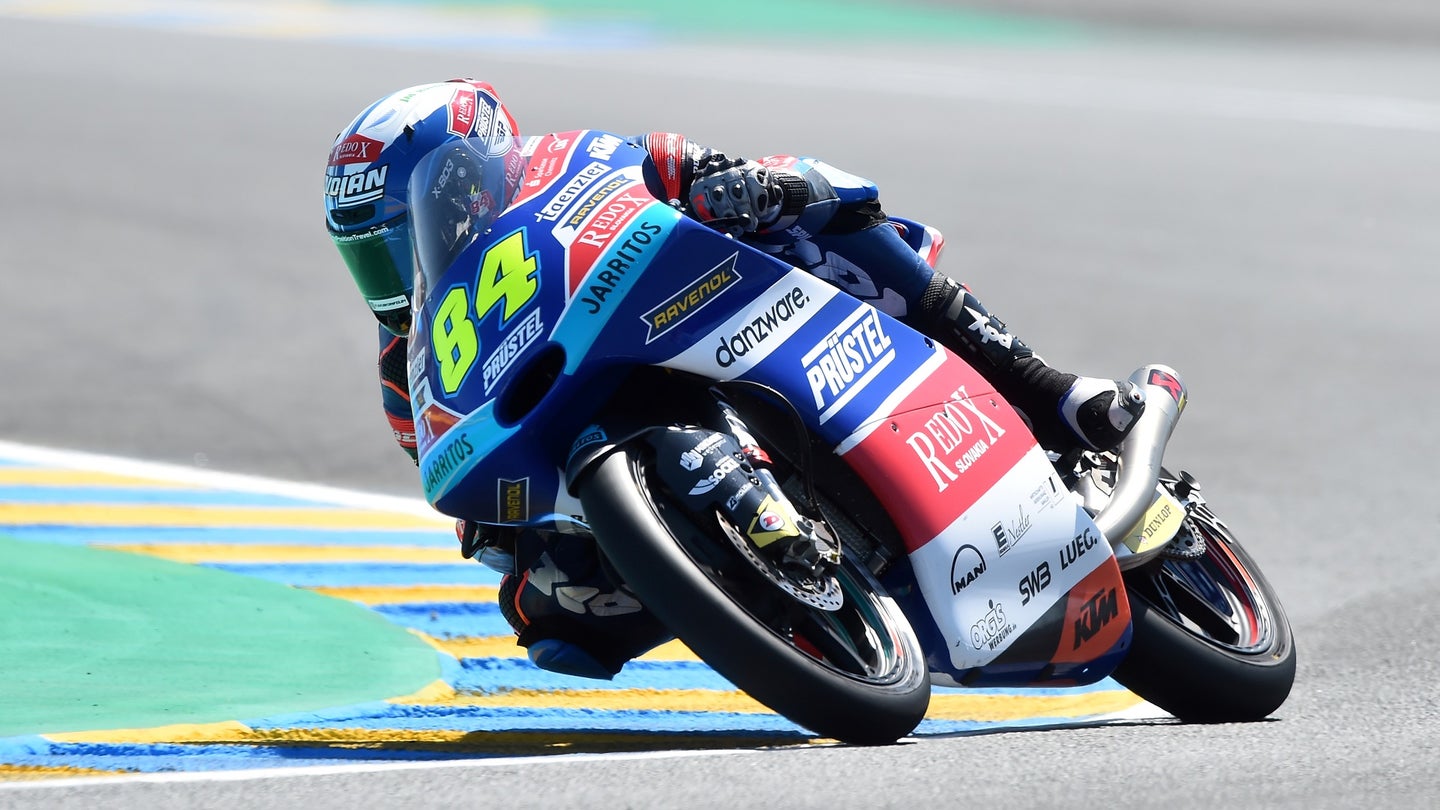 Moto3 racer Jakub Kornfeil made an amazing save during this past weekend's race at Le Mans, using fallen competitor Enea Bastianini's motorcycle as a ramp to jump out of harm's way and continue racing.

While exiting the circuit's final turn onto the main straightaway near the end of the race, Bastianini appeared to lose traction and low-sided his bike. Kornfeil was directly behind and had nowhere to go except directly into Bastianini's bike as it slid toward the edge of the track.

"I just saw the bike in front of me, so I could make the perfect jump," Kornfeil told MotoGP. "I just said, 'ok, it's like during motocross training!' I just opened the gas and tried, in the air, and tried to survive and stay on the bike. When I landed it was very soft, into the gravel."

"I don’t know how I saved it! In my mind, there was only one sentence: ‘keep the gas,’ because when you land in motocross always need to have the throttle. And that’s what I did!" said Kornfeil. His motocross technique worked, and he returned to the track to finish the race in sixth place.

Though the landing after traveling about 30 feet through the air seemed soft, it was still hard enough to set off the airbag in Kornfeil's racing suit, which further impaired his control upon landing in the gravel trap. He had other discomfort issues as well.

"After the finish line I opened my leather suit, I gave my chest protector to the marshals on the finish straight and tried to stretch a little bit. The only problem was not my balls but my penis hurt a lot on the last lap!"