Jet Thrusters Could Help Prevent Motorcycle Crashes in the Future

Bosch’s experimental thrusters help correct a skid that would otherwise lead to a low-side crash. 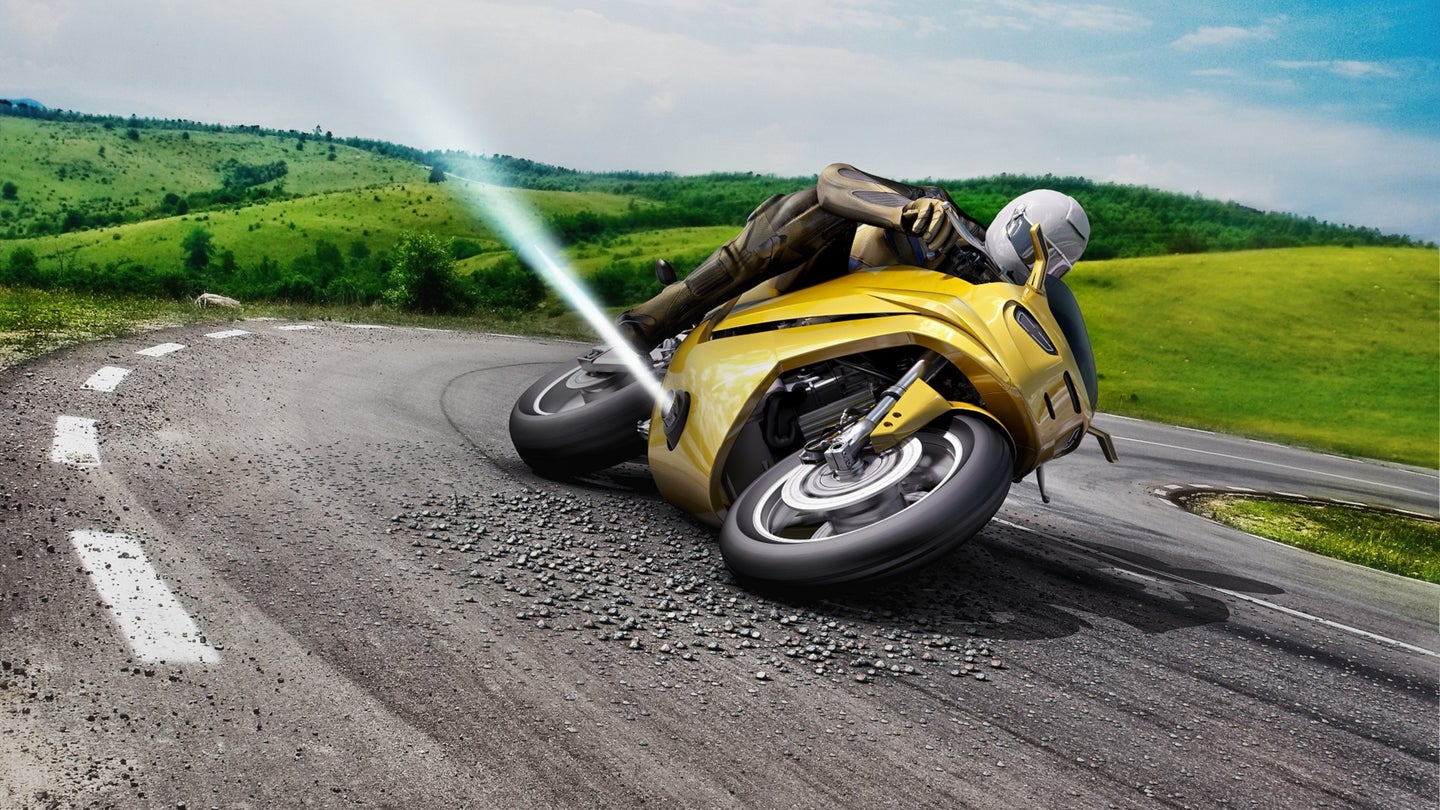 Nearly every motorcycle rider has experienced a "pucker moment" when one or both tires have lost traction in the middle of a turn. If you're lucky, you can regain traction and continue on your way. If not, you suffer a low-side crash, with the bike falling over onto the side it was already leaning. Bosch, according to a press release, has developed an experimental system to help riders recover from such a slide using a space-age solution: jet thrusters.

This innovative solution is the result of Bosch's "sliding mitigation research project." In effect, it operates rather like a spacecraft's reaction control system, using thrusters to push the vehicle in the direction you want it to go. At the point where the system is engaged the tires have already lost their grip on the road, so adding force there isn't helpful.

Instead, the system relies on Newton's Third Law of Motion: "For every action, there is an equal and opposite reaction." By rapidly expelling gas in the direction of the skid, the system counteracts the skid and allows the tires to regain traction and control.

The thruster system itself is functionally quite similar to the inflator of an airbag. But instead of inflating an airbag, the gas is vented to the atmosphere to provide thrust. As a result, the system can only be used one time before it must be replaced or recharged. It also means you can't redirect the thrusters rearward like improvised JATO rockets to assist with acceleration.

It's a neat idea, but Bosch currently has no plans to offer the system for production motorcycles.

How to Precision-Slide a Car

Maneuvering into “position to cover” is a useful tactical skill—or at the very least, a neat trick.