Hamilton may be grateful for his lucky victory in Baku, but what does the rest of the F1 field have to say? 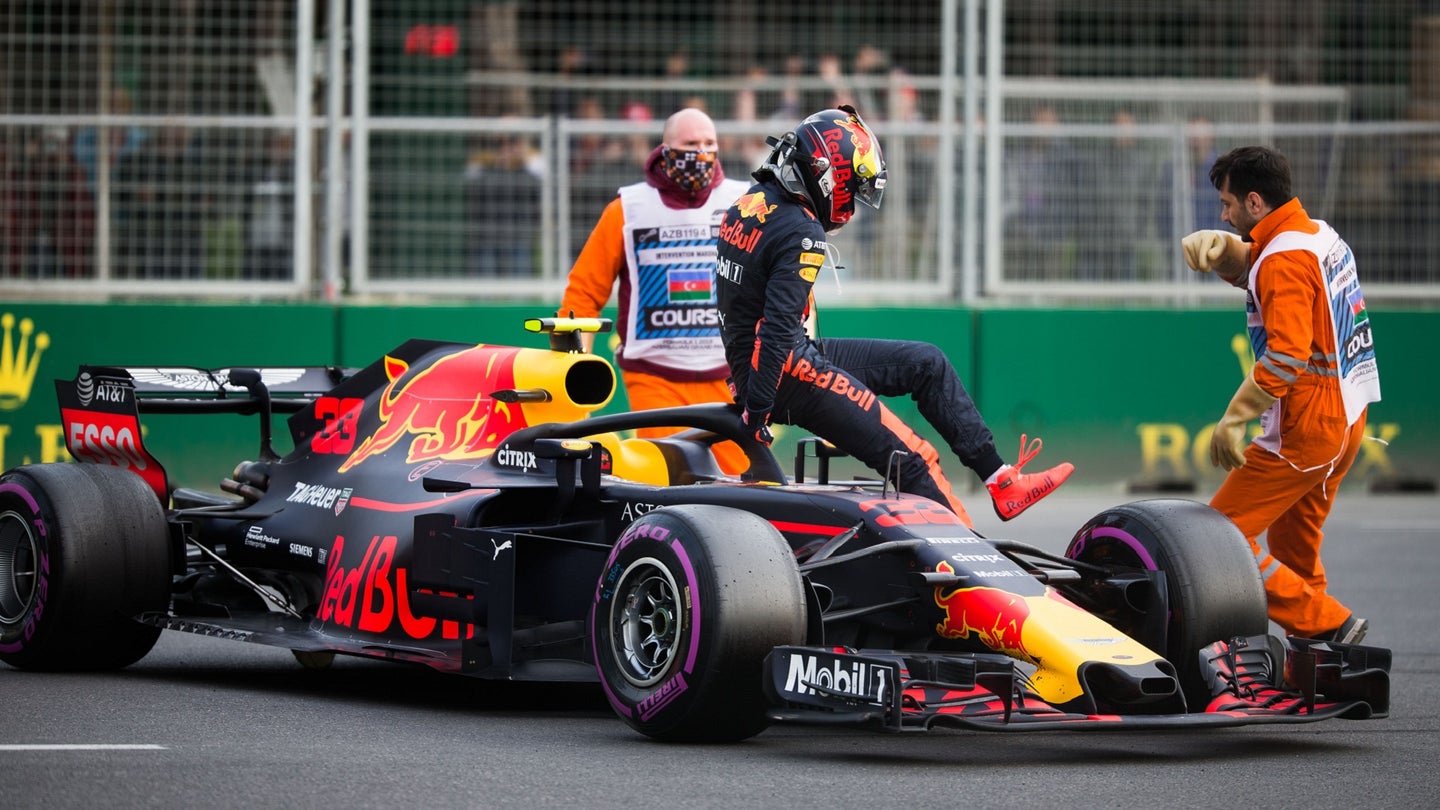 The 2018 Grand Prix of Azerbaijan may have started the way everyone expected it to, with a Ferrari up front, but it sure as heck didn't end as predicted. With collisions galore and a myriad of failed overtaking moves by several drivers, intense conversations by fans and drivers alike have sparked on social media.

Hamilton winning the race by pure luck doesn't even come close to being the biggest story out of Baku, but with so many intense moments it's hard to put a finger on a single event of the drama-filled race. There's Bottas' retirement just laps away from winning the race, Vettel's risky overtaking maneuver that cost him the win, Perez squeezing into the podium, and of course, the Red Bull duo making a fool of themselves.

Hamilton didn't give up, indeed. His perseverance kept him in contention despite the bloody, fast pace of the Ferraris and his teammate Bottas, which allowed the Brit to be at the right place at the right time when everyone around him fell to pieces. As a result, the three-time world champion claimed his first victory of the year.

Even though Raikkonen was faced with some challenges early on during the race, he was able to make a charge to the front and towards the end and salvage some points after the Red Bull duo came together. Of course, he continued the streak of one- or two-word Instagram captions to show his excitement.

Perez and Force India lived up to their "best of the rest" status when they were able to climb to the third spot of the podium in Baku. Checo, as he's called, has officially surpassed Pedro Rodriguez to become the Mexican with the most podiums in Formula 1.

Daniel Ricciardo and Max Verstappen - Did Not Finish

Red Bull Team Principal Christian Horner has ordered both drivers to visit the team's HQ in Milton Keynes and apologize to the team for their irresponsible behavior on track. Following the crash, Max Verstappen uploaded a video of him playing foosball with his dad Jos Verstappen, while Ricciardo has remained off social media.