Business as usual for Vettel in 2018, who achieves his third consecutive pole position. 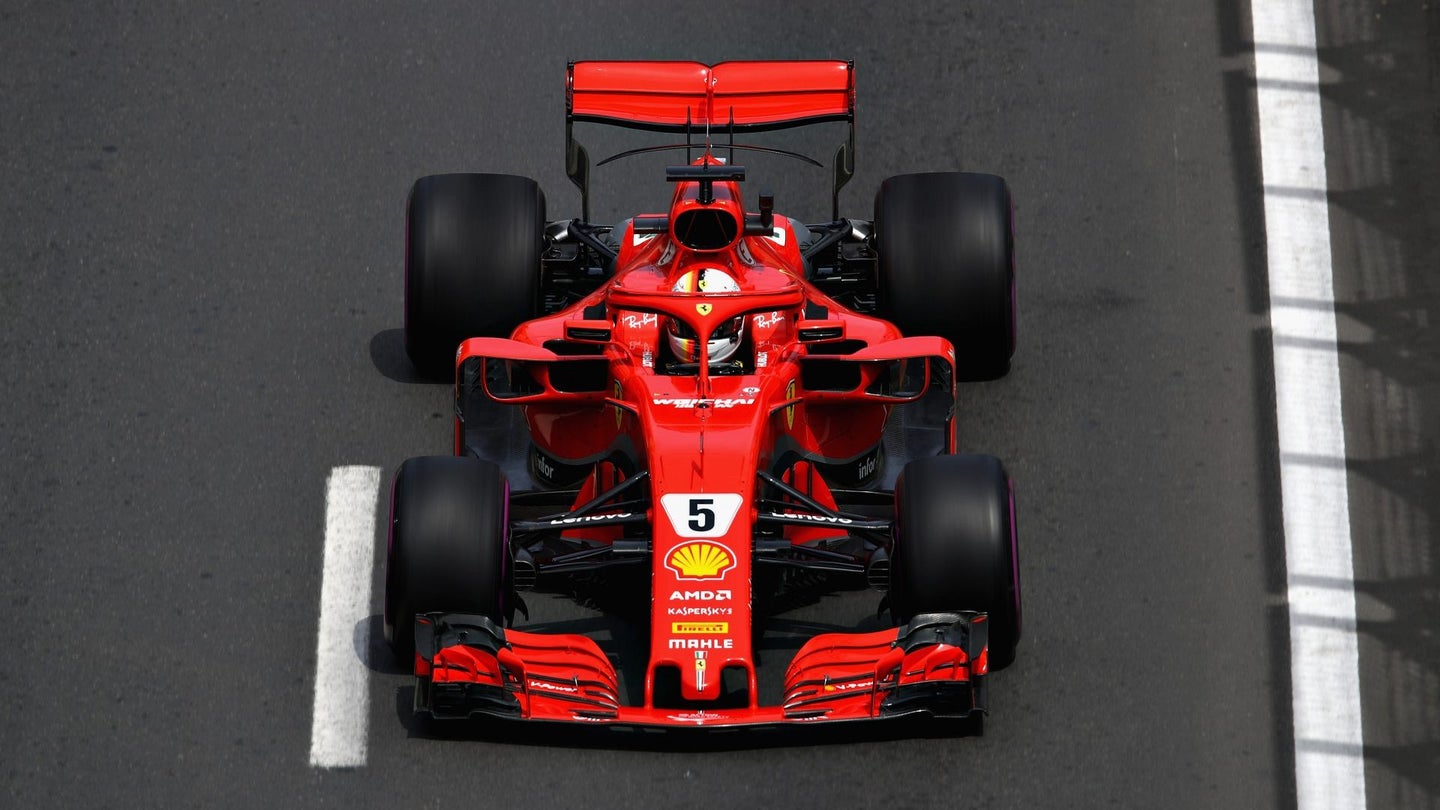 Sebastian Vettel came back from a troubled Friday of practice, in which he failed to crack the top ten, by taking pole position in qualifying for the 2018 Formula 1 Azerbaijan Grand Prix. The championship leader will share the front row with Lewis Hamilton, who initially bested Vettel's time through the first sector, but the Ferrari's superior straight-line speed left the Brit adrift by almost two-tenths of a second.

Valtteri Bottas and Daniel Ricciardo occupy the second row, the latter failing to show the same dominance he displayed on Friday, but still out-qualifying his teammate Max Verstappen whose resurgence was similar to (but not as extreme as) Vettel's. He will start alongside Kimi Räikkönen, whose final Q3 lap sported two purple sectors before a catastrophic slide ate over a second from his lap, killing his chances for pole.

Force India enjoyed its first double Q3 showing of the season, its Esteban Ocon and Sergio Perez locking down row four for themselves. Renault continued its streak of Q3 appearances, but despite out-qualifying Carlos Sainz Jr., Nico Hülkenberg will start P14 by Charles Leclerc, due to a five-place grid penalty for a transmission change. Sainz will be kept company on the starting grid by Lance Stroll of Williams, who became the youngest rookie to record a podium finish in Formula 1's history at last year's race at Baku.

Further back, Charles Leclerc records his best qualifying result of the season, outperforming his teammate Marcus Ericsson's palindromic time of 1:45.451 by almost 1.5 seconds. Ericsson was allegedly hampered by slower traffic on his best lap, but not as bad as Pierre Gasly, who had to abort his fastest lap (0.7 seconds improved) after dodging his teammate, who slowed unexpectedly because of a puncture. The lack of time to communicate or get off the racing line almost ended in a serious collision between the two Toro Rosso-Hondas. Romain Grosjean suffered transmission problems after locking up in Q1 and failed to set a time.

Full starting order may be found below.

Ricciardo repeats the form he showed in China, snagging the fastest lap time in Friday practice.