Ricciardo repeats the form he showed in China, snagging the fastest lap time in Friday practice. 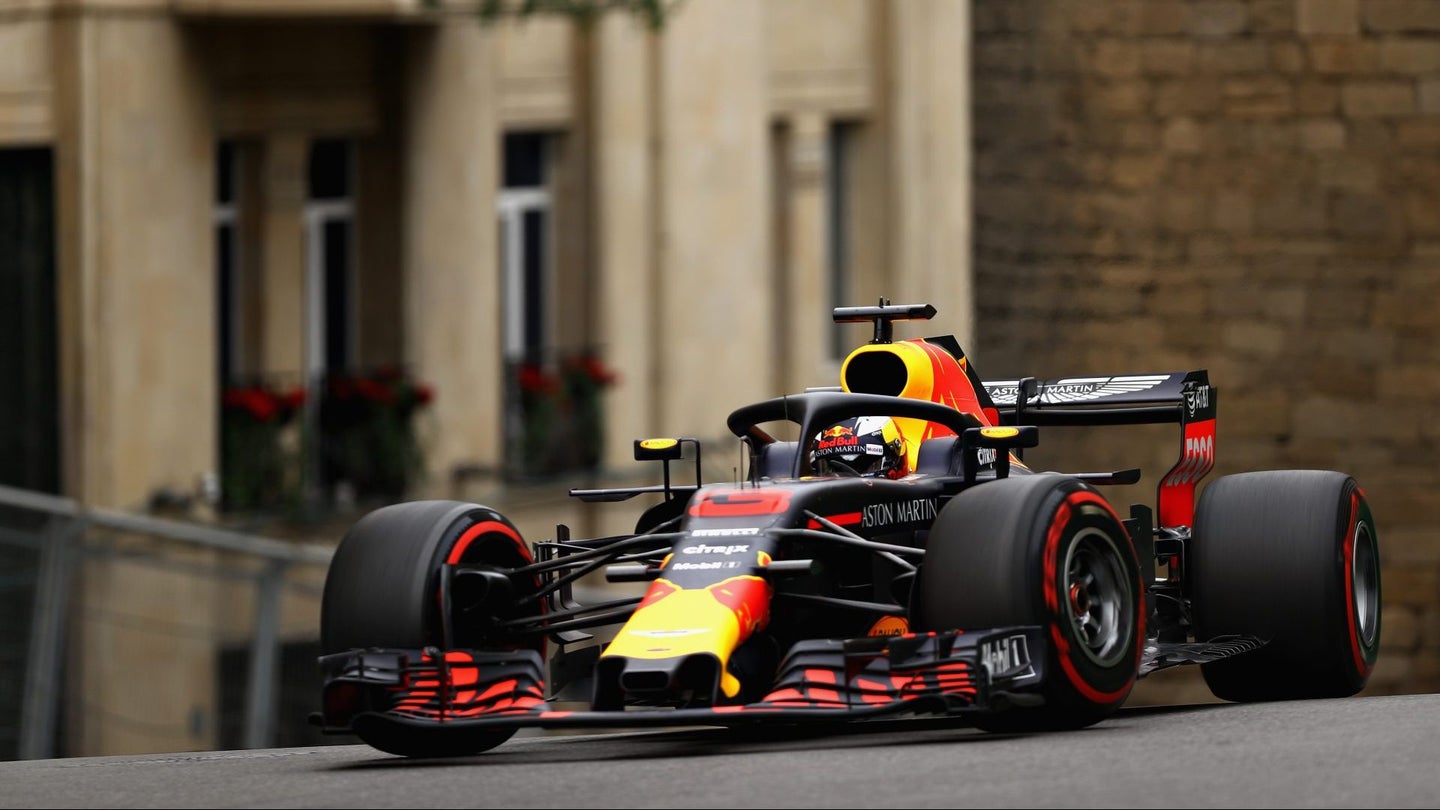 Daniel Ricciardo of Red Bull Racing's descent from cloud nine may be postponed, with the Aussie posting the fastest time in Friday's free practice sessions for the 2018 Azerbaijan Grand Prix. His teammate Max Verstappen had a less fruitful Friday. Verstappen was almost bucked off when his RB14 met with the wall in a small collision during free practice one, and in the closing seconds of free practice two, his engine began to emit unhealthy noises; the pit wall advised to keep revs below 10,500 rpm while he nursed the car back to its garage.

Ferrari had a poor showing in the first practice session, 10th and 15th fastest respectively, and improvement was mixed after second practice. Kimi climbed to second, and Vettel, to 11th. Commentators speculated that the team's ultrasoft-heavy tire selection may prove unwise, with the Scuderia failing to extract the times from its purple-walled tires that other teams achieved.

Mercedes proved atypically anonymous, despite solid showing in first practice. Valtteri Bottas topped the first session, Lewis Hamilton down in fourth, but both slipped in practice two, to fourth and fifth respectively.

A full list of best laps can be found below, complete with margins of improvement between sessions.

Red Bull Racing’s Dutch driver makes it clear he wasn’t pushing too hard, as engine software fault threw him off.