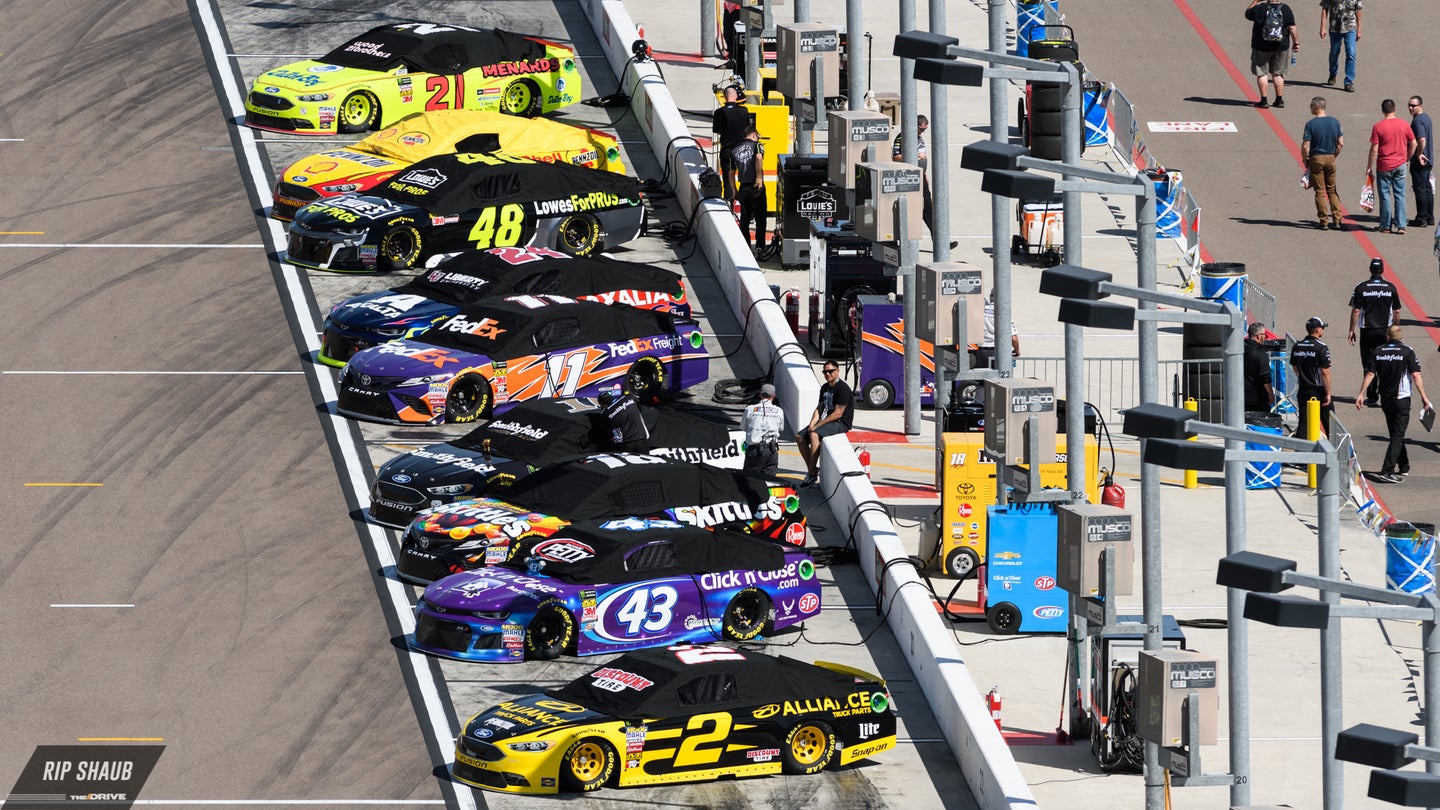 As NASCAR continues its journey out West and rolls into Phoenix, Arizona, all talk seems to be focused on Kevin Harvick, but should it be? Sure, Harvick secured a win on the first stop of NASCAR’s West Coast Swing in Las Vegas after winning the previous week in Atlanta for two consecutive wins, but the question remains – can he make it three in a row? Before you answer that, don’t forget that Harvick is also an eight-time Cup race winner at ISM Raceway.

Will pole sitter and the reigning Monster Energy NASCAR Cup Series champion, Martin Truex Jr. ruin the party and drive into Victory Lane? Will Alex Bowman secure a win in his hometown and show why he was chosen to drive the No. 88 made available after Dale Earnhardt Jr. retired? Can short track masters and Joe Gibbs Racing teammates Kyle Busch and Denny Hamlin, who have been racing well so far spoil Harvick’s pursuit for three in a row? Is Jimmie Johnson primed to get back to his old winning ways? Must we look for one of NASCAR’s young guns to step up to Victory Lane? These are all valid questions that should make NASCAR’s second stop out West worth watching. As you decide on who you’re picking to win the Monster Energy NASCAR Cup race at ISM Raceway, below is some helpful information you should know.

Past 10 Winners at ISM Raceway

Note: ISM Raceway hosts two NASCAR race weekends. The past 10 winners above represents the first race of the year at ISM Raceway.

Last year’s race winner, Ryan Newman has one top-10 finish in three starts heading into Sunday’s race. His win last year during the March race at ISM Raceway broke his winless streak of 127 races without taking the checkered flag. In three race starts this year, the Richard Childress driver has lead 17 laps with an average start of 13.3 and an average finish of 13.7.

Harvick is entering Sunday’s race after receiving a debatable penalty by NASCAR for an issue with his rear window. Spurred on by what most believe to be a photo posted on social media by a fan, NASCAR penalized Harvick for the window and another violation discovered when the car was taken to the R&D Center after the race at the Las Vegas Motor Speedway. Ironically, his No. 4 Stewart-Haas Racing Ford failed pre-qualifying inspection a couple of times on Friday, reducing his practice time for Sunday’s Cup race at ISM Raceway.

Chip Ganassi Racing teammates Jamie McMurray and Kyle Larson posted the fastest speeds during practice on Friday, However, it was all Harvick on Saturday. Harvick is only starting from the 10th position in Sunday’s TicketGuardian, but he dominated Saturday’s final practice posting the fastest single-lap speed. With thirteen total wins at ISM Raceway across the Cup, Xfinity, and Truck Series, Harvick is definitely poised as the driver to watch for Sunday’s TicketGuardian 500 at ISM Raceway.