This solution isn’t perfect. But at least it’s something. 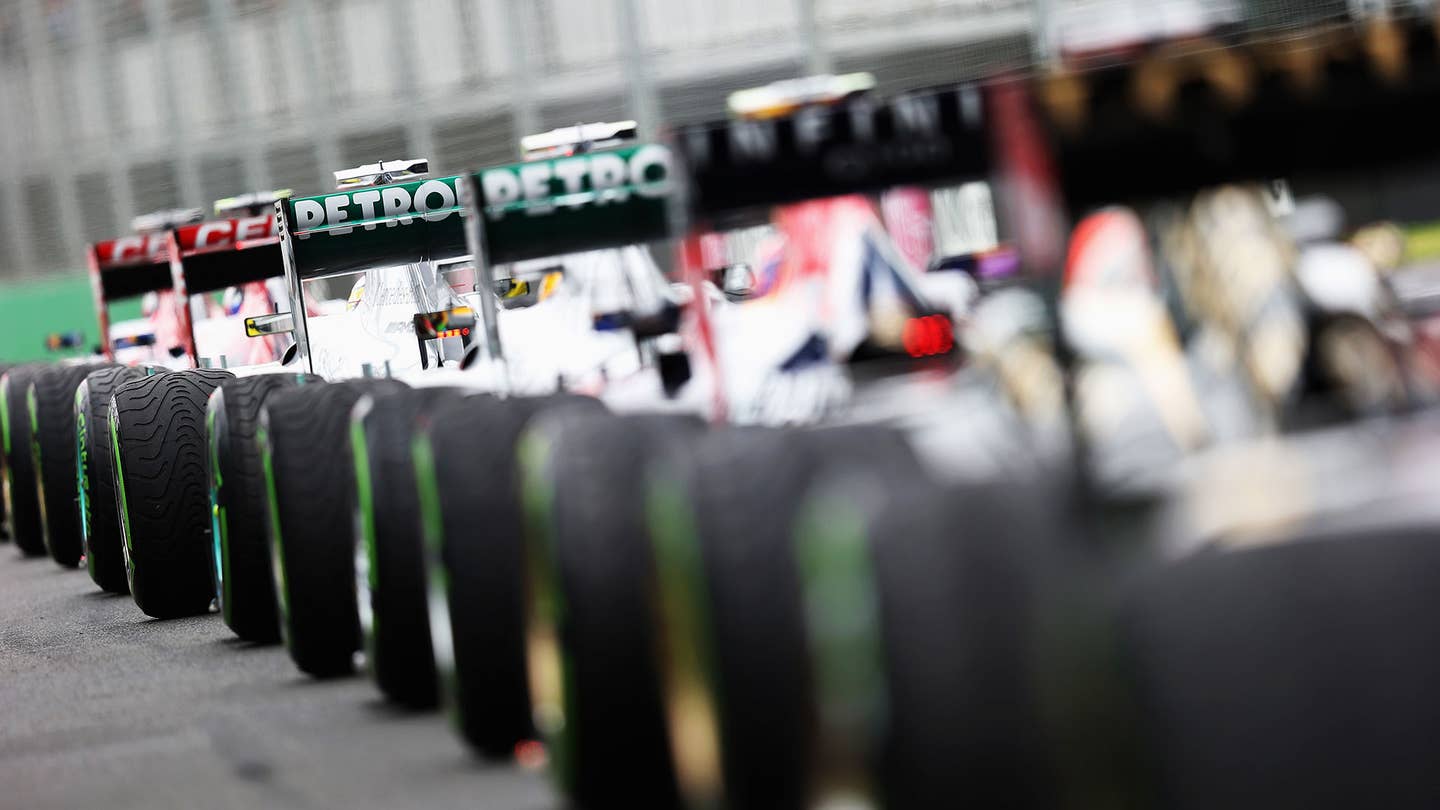 Mercedes-AMG has had a performance monopoly in Formula 1 since the new 1.6-liter turbo engines debuted two years ago. There were just 56 lead changes last season, and the two Merc drivers, Lewis Hamilton and Nico Rosberg, led more than 80 percent of laps. That lack of competitiveness is pushing bigger teams, McLaren and Ferrari and Red Bull, to spend more. Smaller teams are either being chased by creditors and simply folding. F1 is hemorrhaging.

But there may be hope yet. F1 supremo Bernie Ecclestone and FIA president Jean Todt are considering a new proposal from the sport’s engine manufacturers. Under these prospective regulations, Mercedes, Ferrari, Renault and Honda would continue developing the V6 in 2017. But they’d reduce costs by using an agreed-up list of common parts, like batteries and turbochargers. It’d mean a reduction in each team’s allotment of yearly power units, from five to three units. Also: reduce the cost of engines by 50 percent, to as low $10 million per season, enough keep some of the smaller teams from closing up shop.

Ecclestone and Todt have until January 31 to review the proposal. It won’t fix the root problem, that the V6s are fundamentally lackluster in sound and performance. It might, however, push the sport out of total stagnation. And a Band-Aid is better than bleeding out.

Drive Wire: The Year of Formula One Drama

The guys over at Red Bull sure stirred up some trouble.