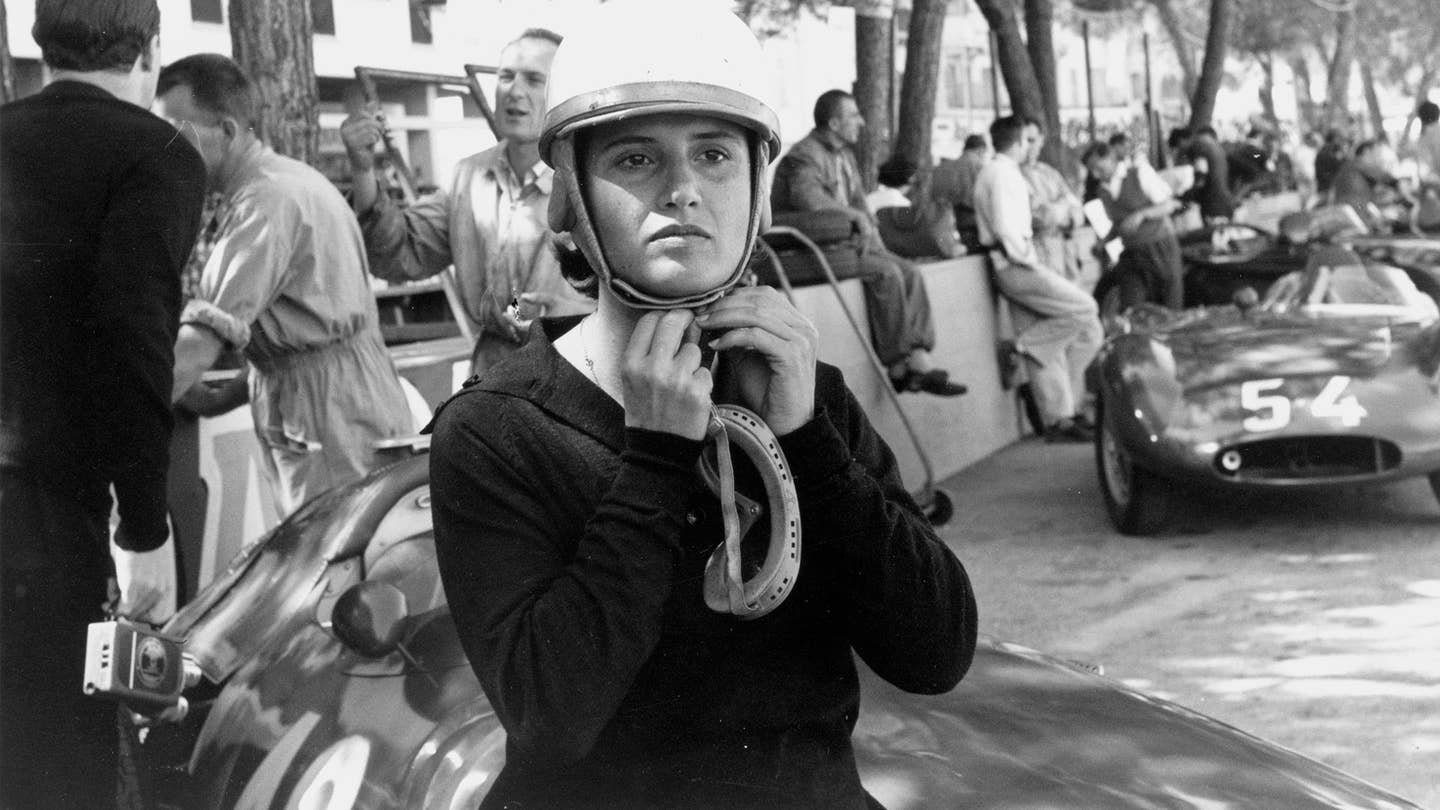 She wasn’t the greatest female racing driver ever. That’d be Denise McCluggage, or maybe Michèle Mouton or Janet Guthrie. But the bravest? When the highest level of motorsport needed a pioneer, Maria Teresa de Filippis stepped up. Phil Hill, Stirling Moss, Jack Brabham—she could hang with the best of them. And that’s exactly what she did.

She started racing cars relatively late. Her first love was horses, but she hopped behind the wheel at the age of 22 after her brothers bet she wouldn’t be fast enough to keep up. De Filippis set them straight. She won her first event, a rally through southeastern Italy, in a modified Fiat 500. She kept winning, too. Tore right through the Italian sports car championship, finishing second in the 1954 season. Graduating to 2-liter formula cars, de Filippis eschewed Ferrari for Maserati. She thought Enzo was a tyrant. And she didn’t take orders from anyone.

In 1958, Maria Teresa de Filippis became the first woman to compete in Formula 1. She participated in three Grands Prix that season, finishing tenth at her debut at Spa. The next year, she planned to drive a Porsche RSK at the German Grand Prix, but leant the car to Jean Behra for the event. He was killed in accident four laps in, and de Filippis promptly retired from racing. “Luigi Musso, Peter Collins, Alfonso de Portago, Mike Hawthorn… Too many friends had died,” she said later.

She would remain the only woman to race in F1 for nearly two decades, until Lella Lombardo finished sixth at the Spanish Grand Prix in 1975. Only two other female drivers, Desire Wilson and Giovanna Amati, have attempted to qualify since. De Filippis always downplayed the importance of her achievements in interviews, shrugged off the challenges she faced along the way. (She only reveled in 2006 that she’d been barred from the 1958 French Grand Prix because, according to race director Toto Roche, “The only helmet a beautiful woman should wear is the one at the hairdressers.” He was right—de Filippis was beautiful.) Maybe it was humility. Or, maybe, she just didn’t think what she’d done was all that courageous. The bravest people never do.

Maria Teresa de Filippis passed away this weekend at the age of 89, with both motorsports and the pace of social change owing her a debt of gratitude.

We always knew he was a hero. Now it’s just official.