It’s World Smile Day. The Drive’s senior editor recounts why one woman’s smile should make you smile, too. 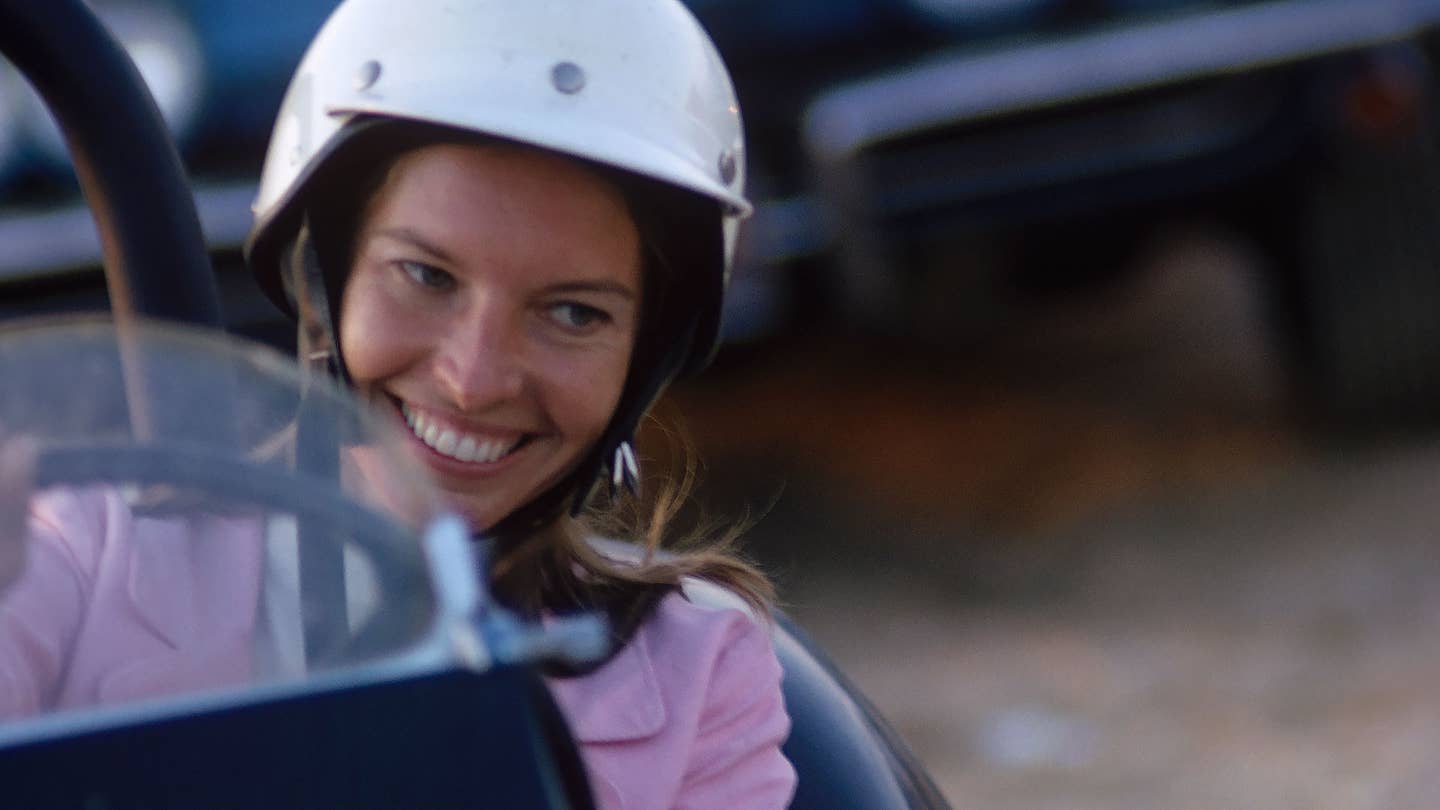 Janet Guthrie. Maybe you’ve heard of her. Born in Iowa and raised in Florida, educated at University of Michigan, a brilliant aerospace engineer. During the early Sixties, intrigued by the physics of cars, she decided to give racing a try. Turned out, she was pretty fast behind the wheel; brains and grit, with car control to boot.

One of my oldest friends recently welcomed a daughter, Annabelle, into the world. I sent him Guthrie's autobiography, A Life at Full Throttle. “For your girl’s first book report.” The hardcover was gently used, insofar as I couldn’t help but reread before passing it along. Man, what a woman.

Pilot, physicist and first female driver to race the Indy 500. Ditto the Daytona 500. But her earlier days, learning the ropes in grassroots SCCA racing, that’s what really got me. Circa 1963, while living in New York and working on a pre-Apollo astronautics project, she decided to buy an old Jaguar XK 140 roadster. Inside a rented barn on Long Island, with borrowed tools and in freezing cold, Guthrie taught herself to wrench. Mechanics. Bodywork. Everything.

She drove that dark blue XK 140 on the SCCA circuit for four seasons. Won a lot of races, too, eventually jumping to a Matra and taking her class at Sebring 12 Hour, then onto open-wheel and stock cars. But the Jaguar, that car was all her. She built it, maintained it and drove the goddamn wheels off it.

Brains and grit, with a great smile to boot.