Why Your EV Sucks During Winter

Plummeting range can be the difference between making it to grandma’s and getting stranded in the woods. 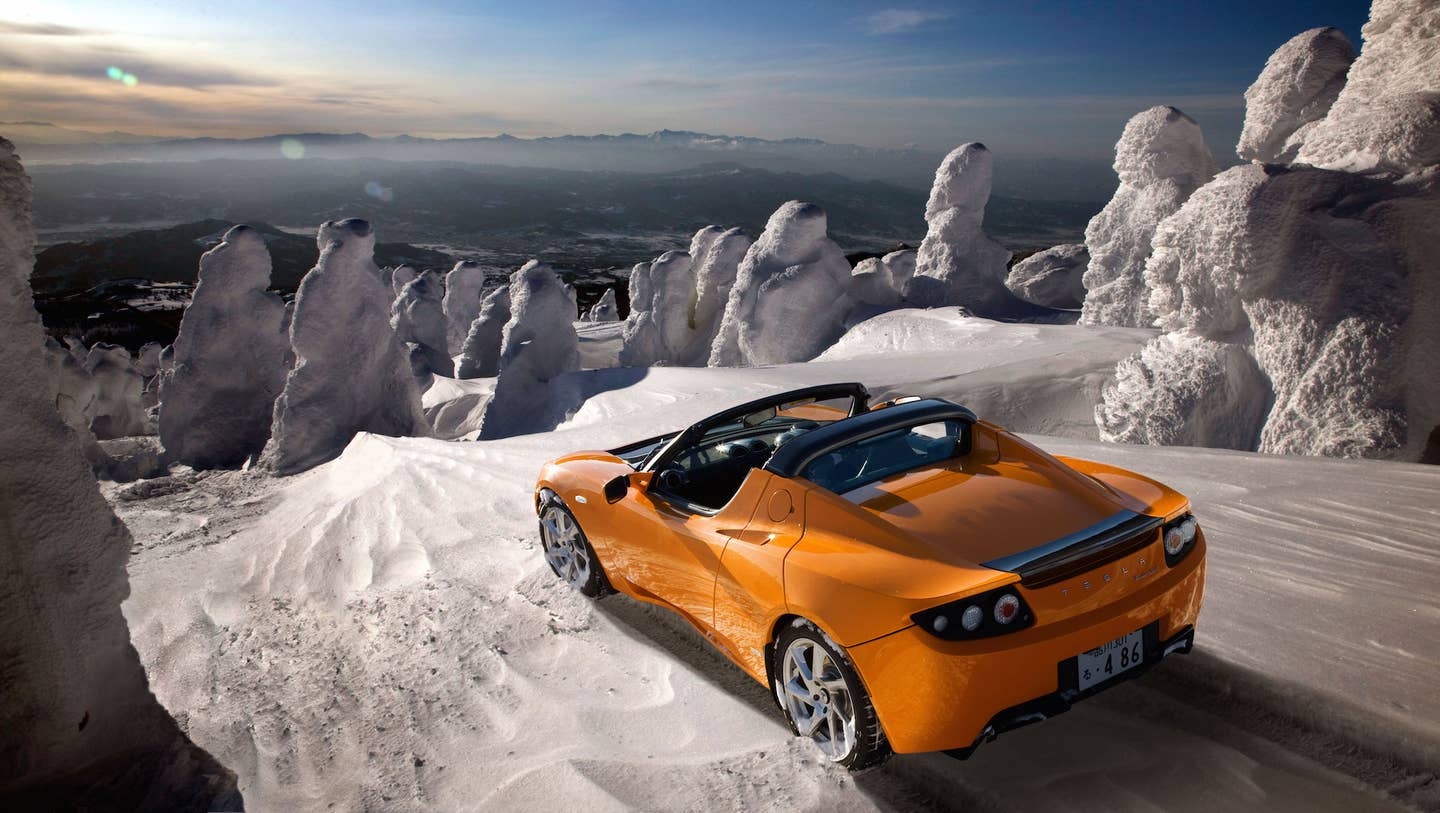 Electric cars may be squeaky clean, but they have a dirty secret that gets aired whenever the mercury drops: They suck in the cold.

Last winter, I tested a Volkswagen e-Golf during cold snap that saw temperatures in New York plunge into the low teens. The $37,000 e-Golf, a relatively fun-to-drive car among semi-affordable EVs, was suddenly no fun at all. And it was covering only about 50 miles before I had to seek sustenance from a charger. That’s a good 40 percent drop from what the VW can achieve in temperate conditions. I had to change plans for a drive to Greenwich, Connecticut, because there was no way the Golf was going to make the 75-mile round trip.

A few years earlier, my first drive in the Tesla Model S—which rocked my world, and my image of how great an electric car can be—ended with range anxiety verging on range panic. Slogging through Illinois on a blustery winter evening, the Tesla’s readout of remaining driving range began to drop precipitously. I thought I had dozens of miles to spare. But despite cranking the heat down to save juice, I was sweating as I pulled into Tesla’s service center in Chicago, with only about 5 miles of remaining range.

Cold weather saps driving range because it slows the chemical reaction inside a battery, making it harder to both charge and discharge. Extreme heat dings range as well, but not as dramatically. Research by AAA, in fact, found that EVs that averaged 105 miles in 75°F temperatures could only cover 43 miles when the mercury fell to 20°F. That’s an incredible 57 percent drop.

Battery engineers are working on the challenge, including by potentially increasing the conductivity of electrolyte in the battery, but without harming long-term life. For now, there are some ways to maximize range in cold weather, including keeping the EV plugged in when it’s not in operation. Also, running seat heaters to stay warm instead of the climate control. Gasoline engines produce vast quantities of waste heat that can be diverted to heat the cabin. EVs produce far less heat from their traction motors and electronics. So most use electric resistance heaters that suck up enormous amounts of battery energy, further reducing how far you can drive.

It’s hard enough to get Americans interested in EVs and hybrids, what with gasoline costing less than bottled water. But making EVs and their batteries more impervious to cold seems critical if purveyors want to sell the concept to people in Maine or Minneapolis, not just in sunny California. Because as things stand for northerners, the plummeting winter range of EVs could be the difference between making it to grandma’s and getting stranded in the woods.

Are You Your Car’s Worst Enemy in the Winter?

Basic tips to get you rolling again, without damaging your precious wheels.