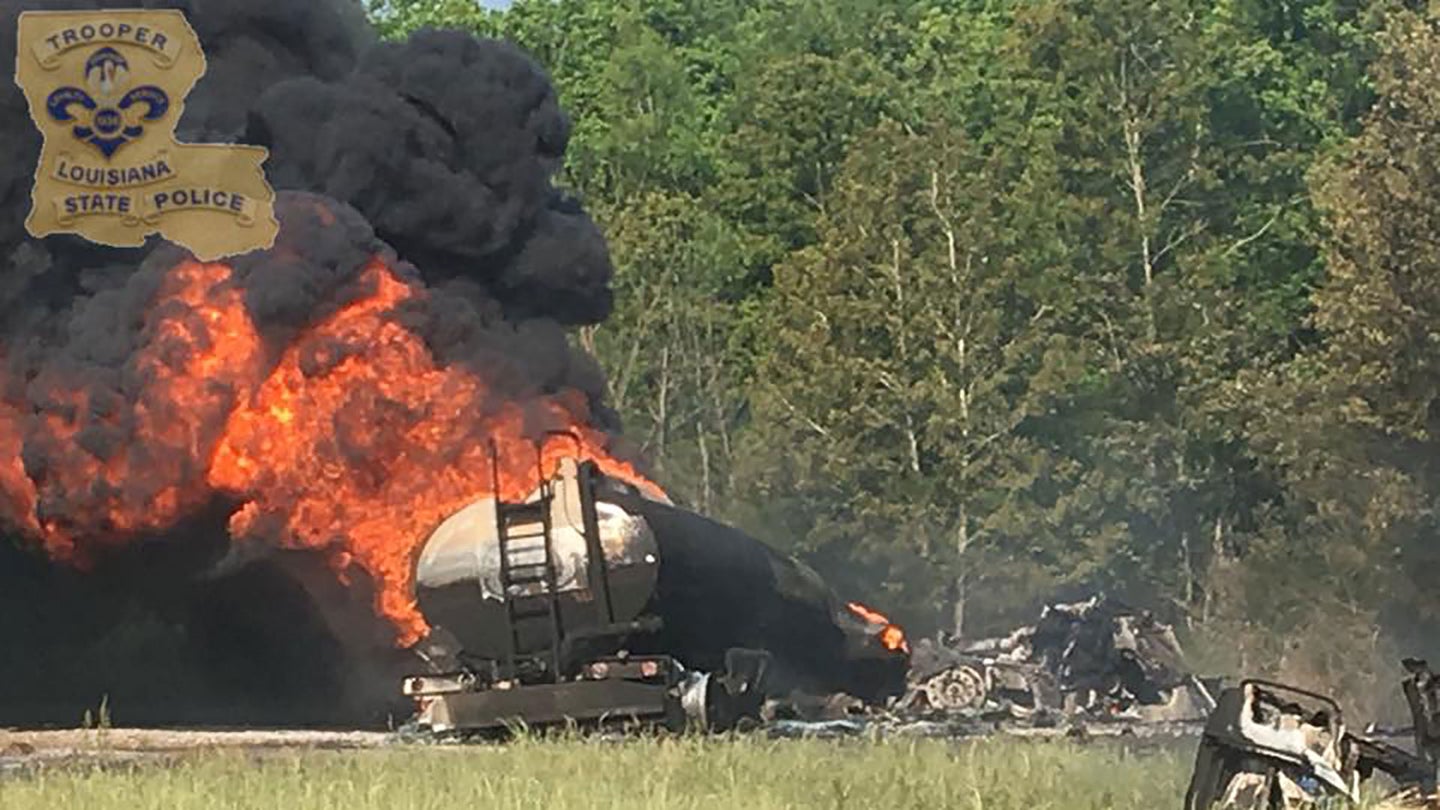 Insane footage from Luling, Louisiana emerged on Friday morning, showing a fuel tanker crashing into a dump truck and exploding into a massive fireball. According to police, a dump truck was traveling at a slow rate of speed in the far right lane when a fuel tanker carrying 8,000 gallons of fuel crashed into it, causing the tank to rupture and explode.

If you look closely, you can see a massive splash of fuel rise above the wreck before igniting mid-air and spewing across Interstate 310 South. The violent crash happened all within three seconds. Tragically, it claimed the life of the dump truck driver; miraculously, however, the driver of the fuel tanker survived and was transported to the hospital with moderate injuries.

Police stated the road is closed for repairs, which we can only assume have to do with the “scorched earth” scenario that took place earlier. This serves as a great reminder to keep your distance from tankers while driving. Even if the driver is very competent, they are still driving an 8,000-gallon source for fire and destruction.