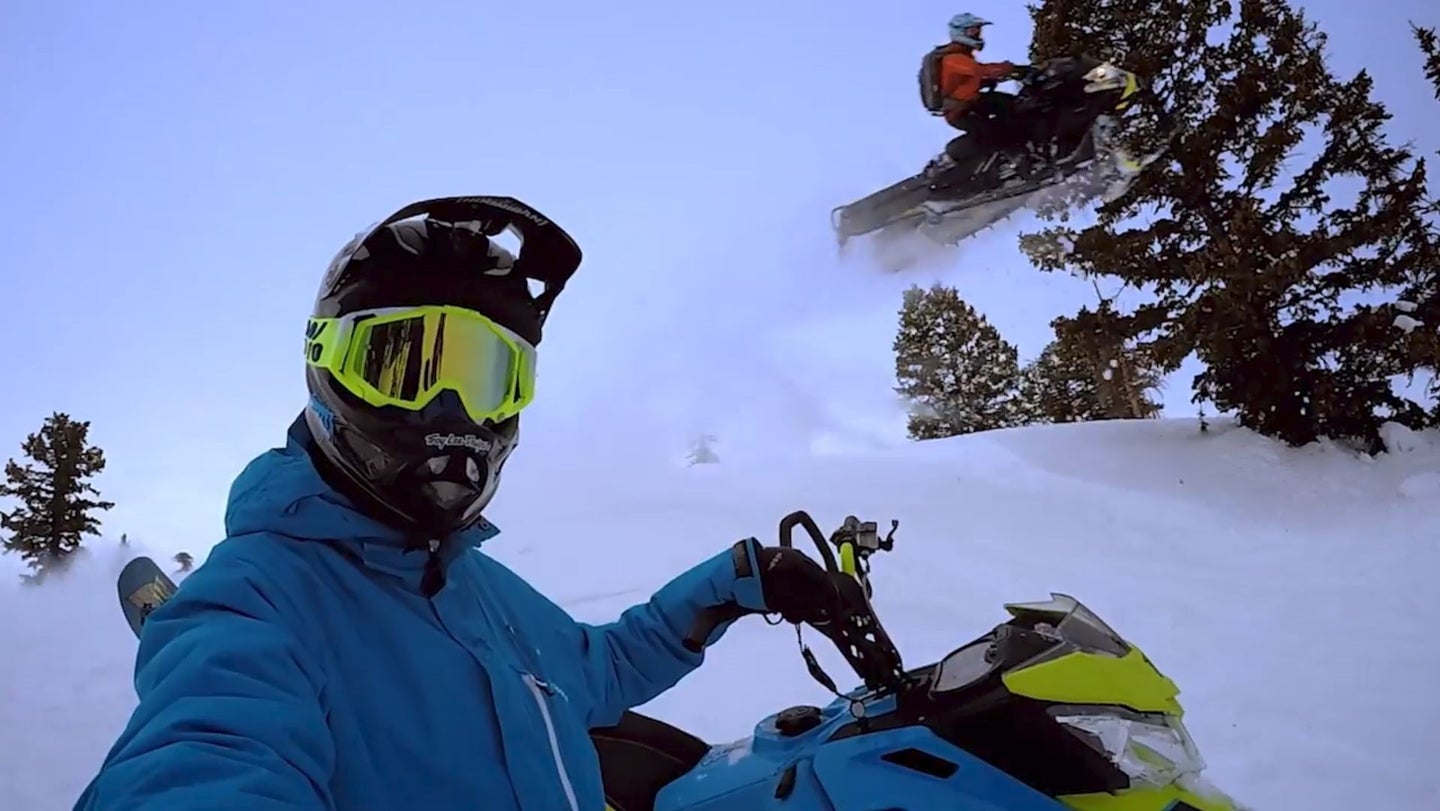 We don’t normally associate Ken Block with snowmobiles, but a new video shows he knows what he’s doing on a sled. Ski-Doo just came out with a promotional video showing Ski-Doo backcountry experts Carl Kuster and Ashley Chaffin and rally legend Ken Block kicking up powder and flying through the air in the snowy backcountry of Utah. They’re joined by Olympic gold medalist snowboarder Sage Kotsenburg and two-time X Games gold medalist snowboarder Bode Merrill having some fun in their own area of expertise.

In what Ski-Doo calls the Ski-Doo Backcountry Sled Shred, these five winter sports enthusiasts fly down Utah’s appropriately named Powder Mountain. The crew gets airborne and sideways plenty on what appears to be Ski-Doo Freestyle snowmobiles and we get to see Ken Block do a bunch of snow donuts at the end.

After some fun on Powder Mountain, the riders and boarders enjoy a campfire and a meal in the snow before hitting the mountain again. At one point, one of the snowboarders jumps over Ken Block and gives him a light kick on the helmet knocking him over.

This video does a nice job showing the extreme side of snowmobiling that some riders might be missing out on. Most snowmobile adventures are done on straight, flat trails, which is plenty of fun on its own. However, shredding on a mountain sounds like a lot more fun as long as you know what you’re doing.

Winter is right around the corner. Are you and your sled ready?