What Do You Want to Know About the 2019 Ski-Doo Snowmobile Lineup?

We’ll be in Yellowstone next week putting the new sleds through their paces. 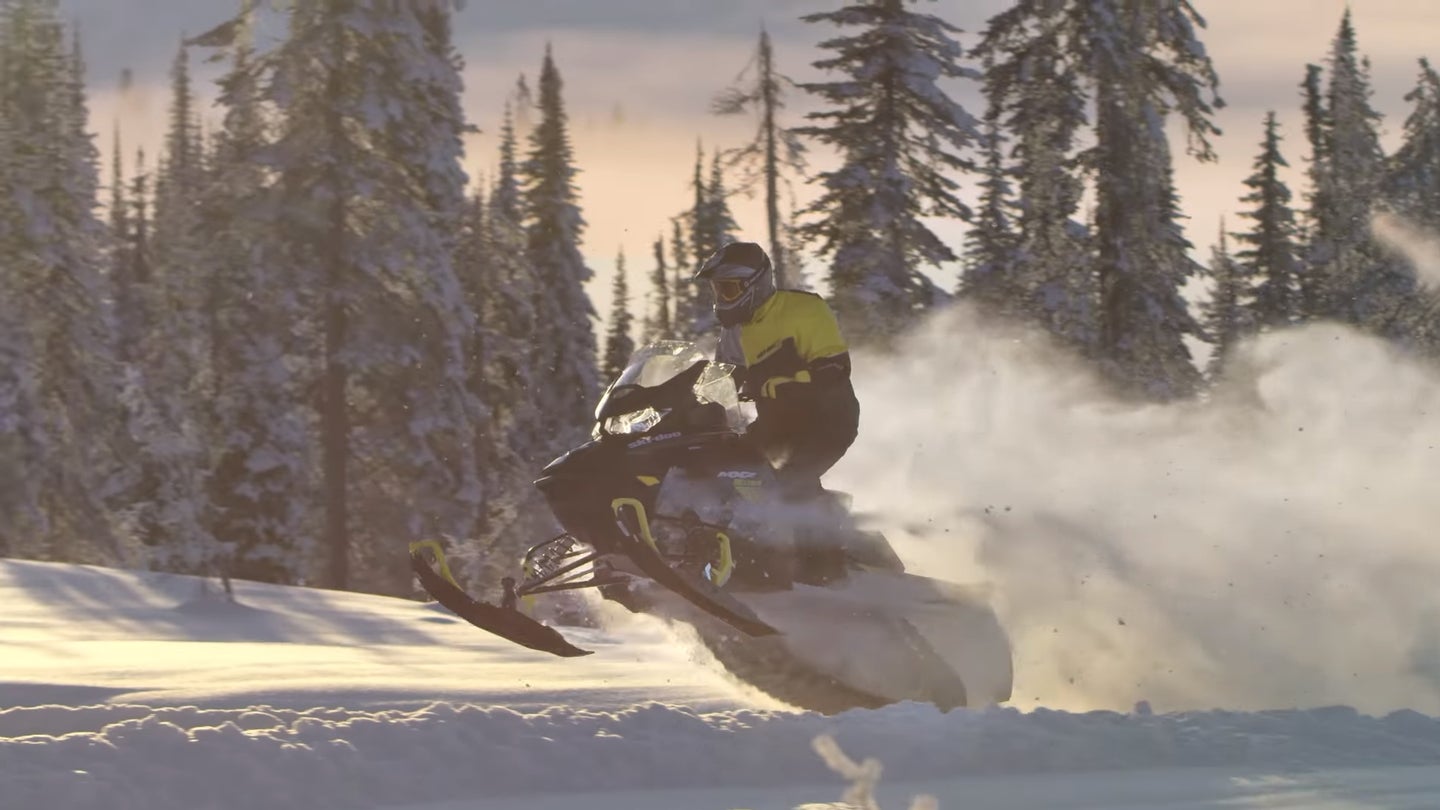 We don’t talk a whole lot about snowmobiles here at The Drive, but Ski-Doo kindly invited us out to Yellowstone National Park to check out its 2019 lineup of snowmobiles. What do you want to know about them?

The Ski-Doo lineup is heavily revamped for 2019. There are a total of 34 unique models in nine different product ranges. We didn’t know there could possibly be that many different snowmobiles in one brand either, but each one has its own distinct personality. Let’s go over the basics.

The most affordable entry is the Tundra line. Tundra sleds are entry level machines that are available with a Learning Key feature that can limit speeds for novices. You won’t be doing any mountain jumping on a Tundra, but it’s a great choice for just playing in the snow or on the trails.

Upgrade to the MXZ line and you’ll get a performance snowmobile that loves the trails. Ski-Doo touts “motocross-like handling” from the MXZ. There’s a wide range of MXZ sleds that go from affordable performance in the Sport model up to more aggressive looks and performance in the X-RS with multiple options in between.

The Summit snowmobiles are “designed for long, effortless days of epic riding.” It’s designed around the rider with features like push-button electric start, a beveled tunnel for a natural leg position, and running boards.

Ski-Doo Expedition sleds are kind of a jack of all trades. These Swiss Army knives of snowmobiles “seamlessly meld touring sled comfort with off-trail capability and rugged work usefulness.” Whether you’re hauling some lumber, touring with a passenger, or just enjoying some trails, the Expedition is reporting for duty. The Expedition Sport is the most affordable Ski-Doo with a passenger seat.

It might sound redundant to define a snowmobile as an “off-roader,” but that’s what the Ski-Doo Renegade is. It’s a versatile sled that can handle pretty much any snowy terrain. Think of it as

Ski-Doo’s version of a Jeep Trailhawk.

The Skandic is the park ranger’s snowmobile— and this one is made for work. Skandic models have tall windshields, long, wide tracks and good traction with heavy loads. They also come with everything you need for hauling stuff through the snow.

Ski-Doo Grand Touring snowmobiles are just that—touring snowmobiles. It’s like a Honda Gold Wing for the snow. With generous seating for two passengers and an available trunk, this is the perfect sled for long-distance touring through the frozen tundra.

Ski-Doo calls the Backcountry the “true 50/50 crossover.” What does that mean? It means it’s “purpose-built to dominate the trails and deep snow with zero tradeoffs.” It has the versatility of the Expedition, but with a greater focus on performance.

Finally, there’s the Freeride. The Freeride is all about high performance and low weight. It has showy paint jobs befitting of its in-your-face attitude. If flying through the air on mountain ranges is your idea of fun, then the Ski-Doo Freeride is for you. It’s like a big snowboard with a motor.

Which models are you interested in? What do you want to know about them? Let us know in the comments and we’ll get back to you after taking them for a spin in Yellowstone next week.