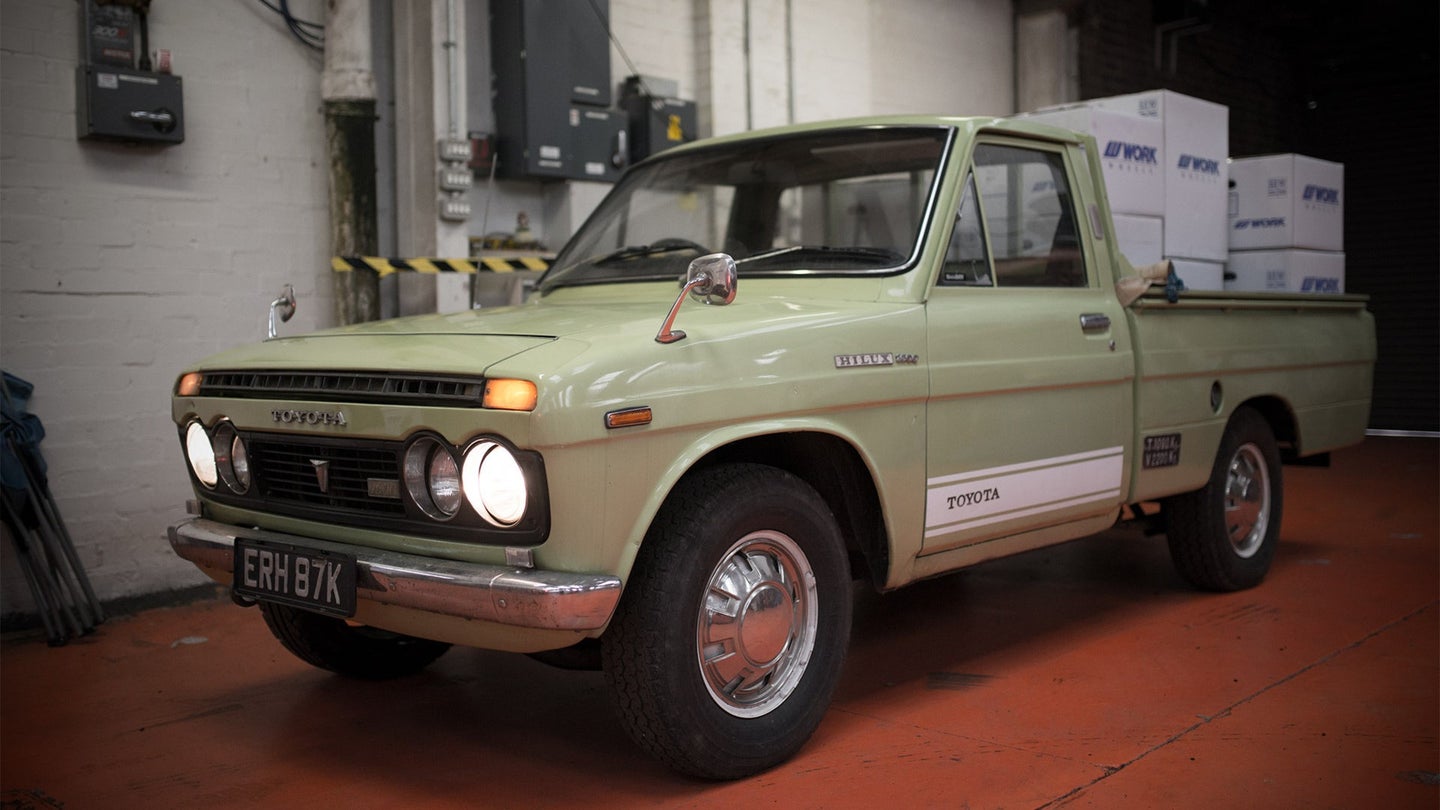 We’ve seen a lot of different engines swapped into Mazda Miatas in order to give more power to the spritely little sports car, but it’s not often we see a Miata engine swapped into something else. The guys at Driftworks have gotten a bit out of hand with their 1972 Toyota Hilux pickup truck that was never meant to go this far.

It started out like many projects do: The owner, James Robinson, just wanted a little more power to make his classic truck a little more user-friendly. He decided a good candidate for an engine swap would be a 1.8-liter inline-four engine from an NB Mazda Miata to replace the 1.6-liter 12R four-cylinder engine originally in the Toyota, which only made 88 horsepower.

One thing led to another, and now it has a Subaru turbocharger on it along with a radiator from a Land Rover Discovery and a big, universal intercooler. This project has a ways to go before completion, but a lot of the mechanical heavy lifting is done. It needs a few more bits under the hood like the plumbing to connect everything and make it work.

There’s a lot of work to be done on the interior which has a stripped-out floor with a big, ugly, custom-welded tunnel to make everything fit. It has a bench seat, which Driftworks is thinking about replacing with bucket seats, since a bench seat is not ideal for drifting. The owner of the truck is trying to keep things “simple and old school” on the inside which means using the original gauges and installing a retro looking stereo.

It has a modified Miata subframe and they’ll be using a Torsen rear differential. Even though the NB Miata is quite a small car, Driftworks is having a bit of an issue fitting the wheels under the Hilux body. It’s a tight fit and body modifications might have to be made in order to unlock the full hooning potential of this Hilux project.

For a closer look at this project, let the guys of Driftworks show you around in the video below.