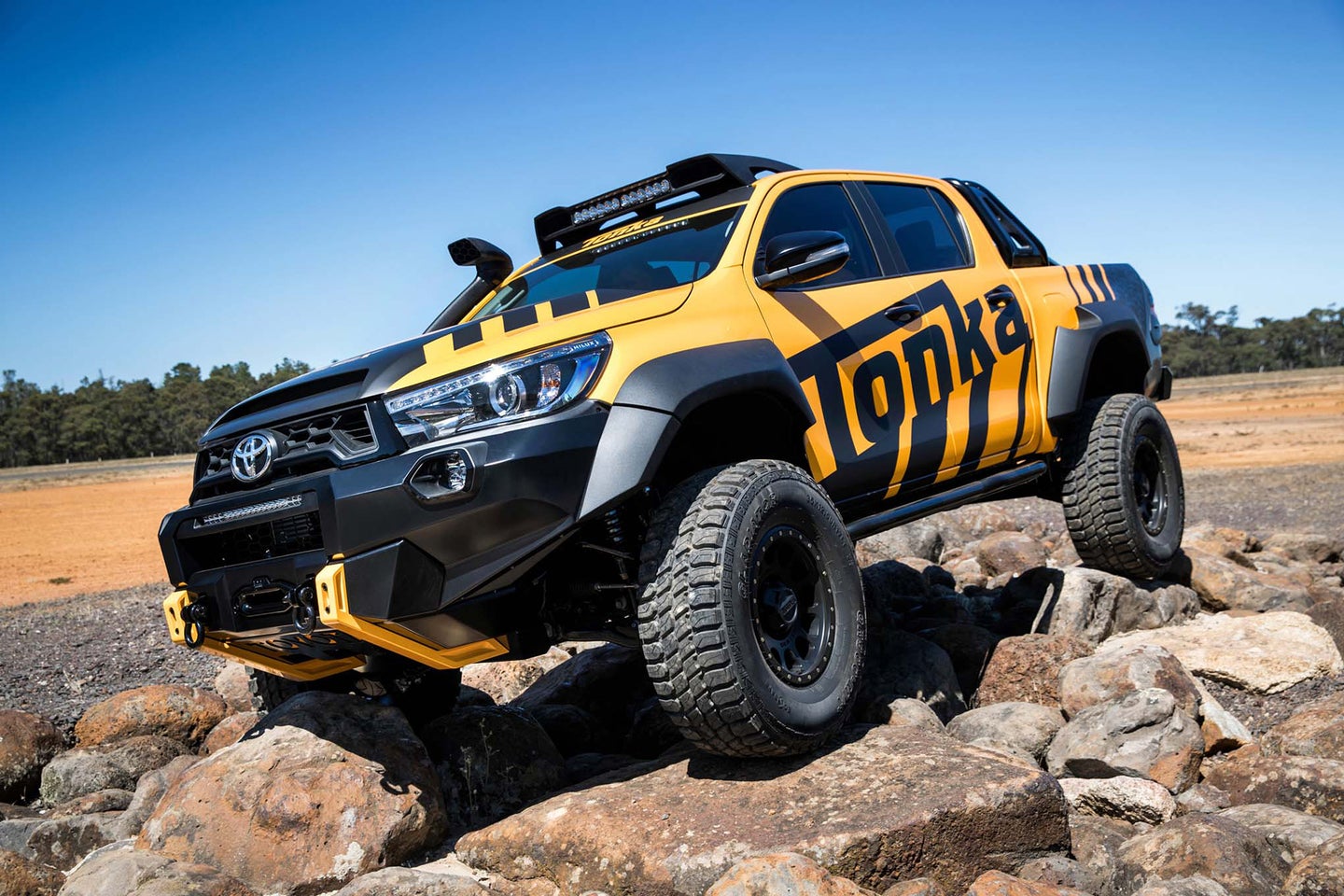 I have fond memories of playing with my toy Tonka trucks as a child. At the same time, I also fell in love with the Toyota pickups of the 1980s. They looked both cool and tough. This new concept HiLux Tonka from Toyoyta Australia takes me right back to those sandbox days. And that is exactly the idea. In a press release, product design chief Nicolas Hogios said "Inspired by the Tonka trucks that kids play with in their backyards, the HiLux Tonka Concept goes way beyond the already hugely capable abilities of HiLux to traverse rocks and other rugged terrain."

This year is Tonka's 70th anniversary and Toyota's 80th, so they got together and created something awesome to celebrate. They started with the HiLux (a Tacoma for us here in the United States) SR5 double-cab and threw everything at it. This concept looks amazing. Roll bars! A massive skid plate! Snorkel! Giant fender flares! LED Light bars! A spare tire and gas cans in the bed! Massive springs and shocks! It's powered by a 2.8L four-cylinder turbo-diesel engine and is longer, wider, and taller than the standard SR5. It looks like it would eat the normally indestructible HiLux for breakfast. This off-roader checks all the boxes without looking like someone went overboard in the discount aftermarket pages of a 4x4 catalog. I'll take one, please. And I'll keep the Tonka-themed paint job, too.

But sadly, this is only a concept truck. Just like, when I was nine years old, I realized I had left behind my Hot Wheels and Matchbox cars on the dirt track I created while we were at the 12 Hours of Sebring; I'm crushed. I suppose one could piece this together themselves, but it won't look as good. If you want to bask in the glory of this childhood fantasy, the HiLux Tonka will be touring around Australia doing promotional events, 4WD shows, and the like. If you live down under, keep your eyes open for it.