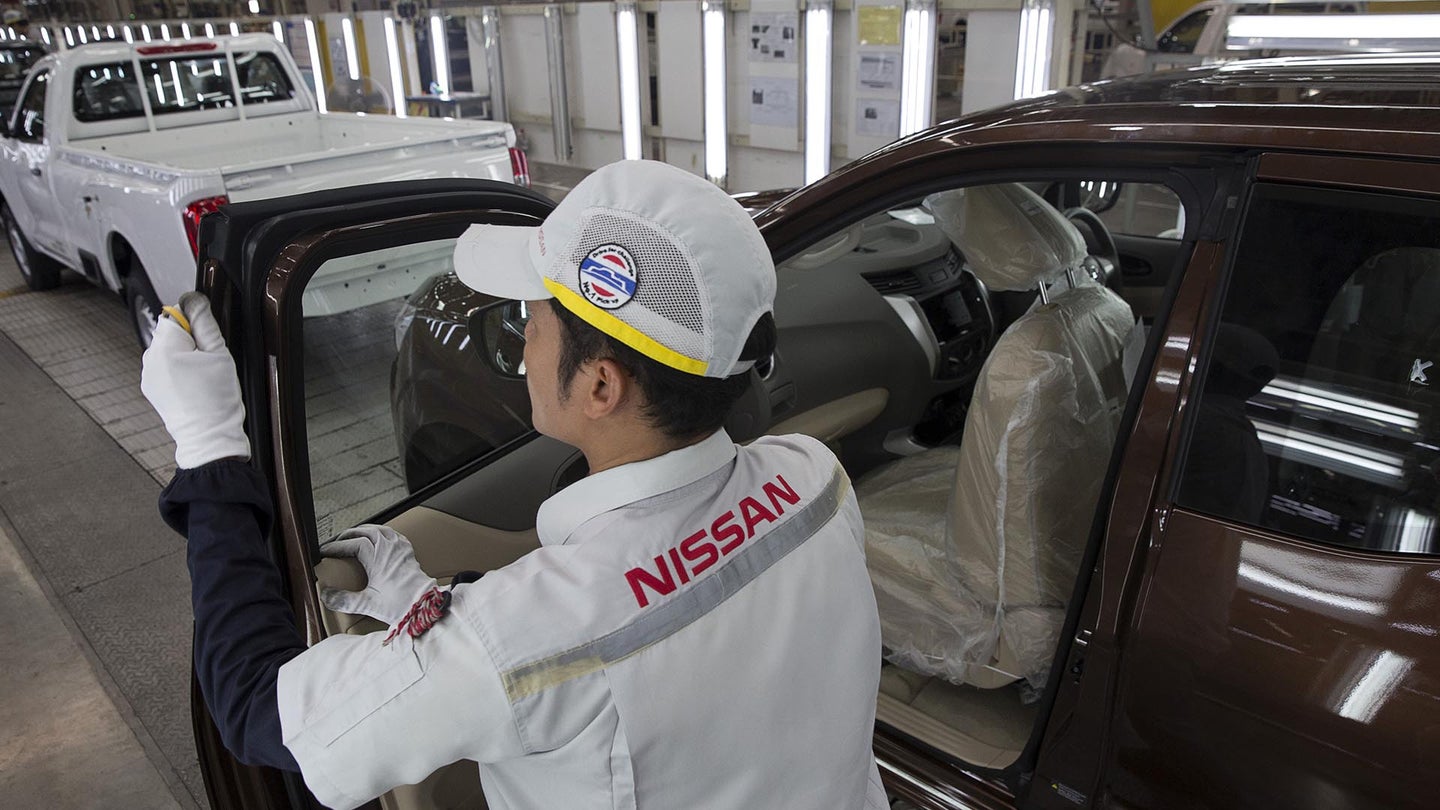 Nissan has been in hot water for a few weeks over selling cars that it technically wasn't supposed to sell. The problem, stemming around unauthorized final inspections of its vehicles, rendered affected vehicles ineligible for sale or registration in Japan, may be a bit larger than originally anticipated. Bloomberg reports that the manufacturer may have been improperly performing these checks for nearly 40 years without being caught.

Early this month, Nissan made a bold decision to recall all passenger cars sold domestically in Japan since October 2014. This amounts to a whopping 1.2 million vehicles, all of which have one common issue that: the final inspections performed on the vehicles were made by unauthorized employees.

As part of a requirement by the Japanese Ministry of Land, Infrastructure and Transport (MLIT), all vehicles must undergo certain checks to be certified for sale and registration in the country. These checks are required to be performed by certain authorized individuals, something which MLIT accused Nissan of not being compliant of.

Though at first glance this may appear to be accidental, prior reports by Reuters have revealed that the intent may have not been so innocent. Employees of several Nissan plants who are not authorized to complete final inspections were using certification stamps that were issued under the names of other individuals who were authorized to complete the checks. The initial news was devastating enough to Nissan that it effectively suspended production on its domestic passenger cars until the problem could be rectified.

A spokesperson for Nissan assured The Drive that this "is not a quality or safety issue" with its cars, and that "production-line processes and checks were conducted properly." The automaker says it has brought in a third party to head up the investigation.

As part of the audit process, it was uncovered that Nissan may have been performing improper final checks since as early as 1979, reports an unnamed source to Bloomberg. The spokesperson (who wishes to remain anonymous) revealed that this information has not yet been made public, and will be reported at an announcement scheduled for November 8th.

Nissan isn't the only company under fire in Japan's manufacturing sector right now. One of the world's largest manufacturers of metal products used in automobiles, Kobe Steel, is also currently subject to an investigation surrounding claims of it falsely reporting the strength of its steel. Recently, reports have surfaced that Subaru may be subject to the same faults of improper final safety inspections as well.