Horsepower vs dog power: who will win? 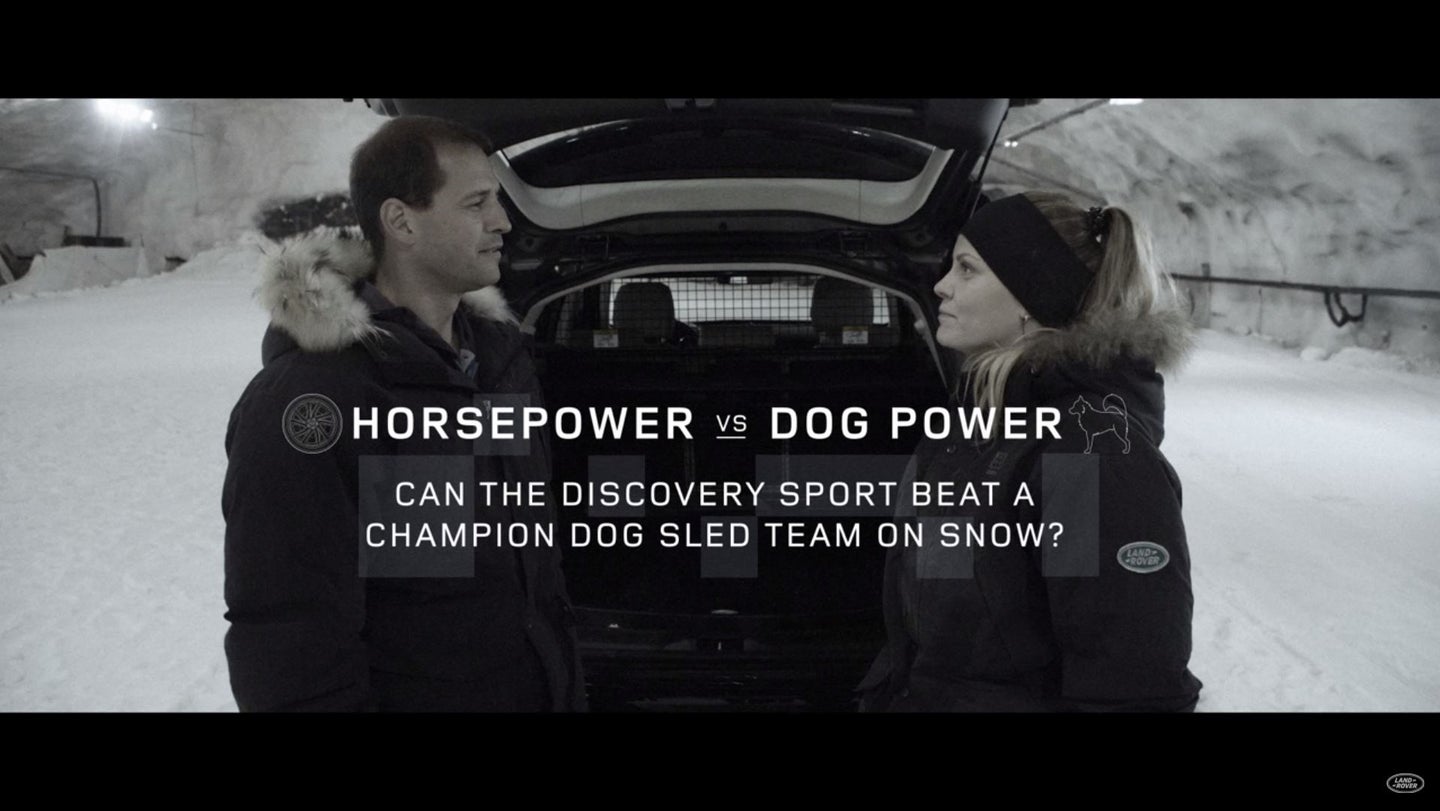 Land Rover has answered a question that nobody asked: can the new Discovery Sport beat a professional dog sled team on snow? And not just any dog sled team, but one lead by Laura Kääriäinen, the Finnish mid-distance dog sled champion?

A race between the two went down at the Vesileppis Tunnel in Finland, a one-kilometer, snow-covered track located 35 meters underground. It was an obstacle course/race track of sorts that presented various challenges in the terrain.

After seeing some intense gearing up and ignition button-pushing, the two opponents took off in opposite directions so the dogs wouldn’t get run over. Naturally, the Land Rover raced in snow mode. That means locking four-wheel drive, softer throttle response, and faster gear shifts.

As you might imagine, the Discovery Sport held its own very well on this snowy track. When it got in the straights, the small SUV was able to gain significant ground on the dogs, but the Huskies were briefly ahead while the Land Rover was climbing obstacles slowly but effortlessly.

In a photo finish, the Land Rover beat the pooches by a nose. Although kind of a silly idea - and not exactly surprising that a 286 horsepower SUV could defeat a team of six dogs - this race was fun to watch nonetheless. And even though the Discovery Sport finished first, the Finnish Huskies won out overall in terms of cuteness. This isn't the first unconventional test that Land Rover's smallest SUV has been put through and we hope it isn't the last.

Does this finally mean the Discovery Sport can sit at the big kids’ table?